The creation of synthetic proteins plays an important role for economy and science. By the integration of artificial amino acids in proteins (genetic code engineering), their already existing qualities can be systematically improved. Even new biological features can arise. Now, scientists at the Max Planck Institute of Biochemistry (MPIB) in Martinsried near Munich, Germany, succeeded in making another important step in this research area: For the first time, they were able to integrate in a single experiment three different synthetic amino acids into one protein. (Angewandte Chemie, June 24, 2010).

Proteins are the main actors in our body: They transport substances, convey messages or carry out vital processes in their role as molecular machines. The “helmsmen of the cell” are composed of amino acids, whose sequence is already defined by the heritable information in every living being. The translation of this information during the production of proteins (protein synthesis) is determined by the genetic code. 20 amino acids form the standard set of which proteins are built. In natural conditions, however, several hundred amino acids can be found and, of course, new amino acids can also be produced in the laboratory. With regard to their properties, they differ from the 20 standard amino acids, because of which, by their integration in proteins, specific structural and biological characteristics of proteins can be systematically changed. So far, only one type of synthetic amino acid could be inserted into a protein during a single experiment in a residue-specific manner; thus, only one property of a protein could be modified at once.

Nediljko Budisa, head of the research group Molecular Biotechnology at the MPIB, has now made an important methodical progress in the area of genetic code engineering. The scientists were able to substitute three different natural amino acids by synthetic ones at the same time in a single experiment. The biochemist is pleased: “The research area of genetic code engineering and code extension reaches with this a new development phase.”

Budisa’s method could be of great importance particularly for the industry and economy because the production of artificial proteins by genetic code engineering in his view demonstrates a solid basis for the development of new technologies. “During integration, synthetic amino acids confer their characteristics to proteins. Thus, the development moves over totally new classes of products, whose chemical synthesis has not been possible so far by conventional protein engineering using only the 20 standard amino acids”, explains Budisa regarding to future prospects. “Thanks to our method, in the future it will be possible to tailor industrial relevant proteins with novel properties: for example proteins containing medical components.” [UD] 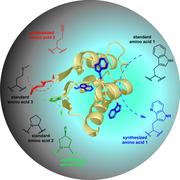 <
For the first time, three amino acids of one protein could be changed at the same time in a single e ...
Picture: Nediljko Budisa / Copyright: MPI of Biochemistry

For the first time, three amino acids of one protein could be changed at the same time in a single experiment. 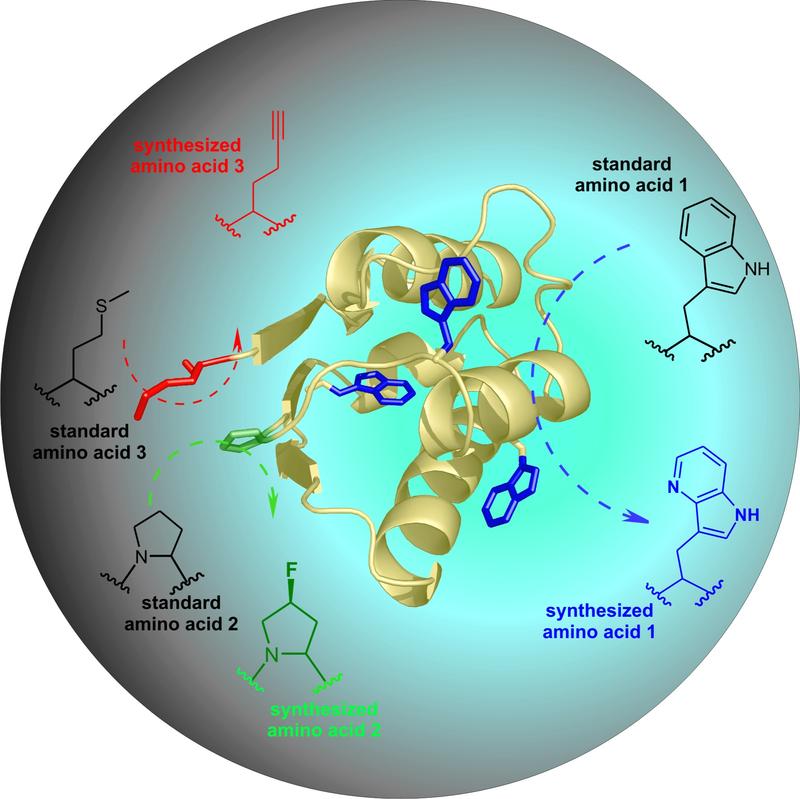