The Decoding of Slowness

They live their lives upside down; instead of defying the force of gravity in an upright position, sloths spend most of their lives hanging in trees upside down. If they have to move, they do so only slowly. Very slowly. But why are sloths so ‘lazy‘? And how has the locomotive system of these outsiders adapted to their unhurried lifestyle in the course of evolution? Zoologists of the Friedrich Schiller University Jena (Germany) have looked into the matter comprehensively.

“To our great surprise the locomotion of the sloths is basically not so different from the locomotion of other mammals, like monkeys for instance, which instead of hanging from tree branches, balance along them”, says Dr. John Nyakatura. In his doctoral thesis at the Institute of Systematic Zoology and Evolutionary Biology with Phyletic Museum the evolutionary biologist analyzed the locomotion of sloths with X-ray video equipment. That was not so easy at the beginning, as the first sloth stepping in front of the camera for the Jena scientist simply refused to work. ”Mats, the sloth, just didn’t want to co-operate”, Nyakatura remembers, smiling. Therefore it was given to a zoo and made headlines around the globe as the ‘laziest animal in the world’.

In comparison, the two-toed sloths Julius, Evita and Lisa appeared to be more co-operative. They brachiated along the provided pole in the X-ray tube. “The position of their legs and the bending of their joints matches exactly those of other mammals in the process of walking“, Nyakatura explains. Hence one could imagine the locomotion of sloths actually as ‘walking’ under a tree. Just much slower than other quadrupeds.

However, the evolutionary biologist found distinct differences in the anatomical structure of the animals. “Sloths have very long arms, but only very short shoulder blades (scapulae), being able to move freely on top of a narrow, rounded chest. This lends them a maximum radius of movement“. Moreover a dislocation of certain muscular contact points occurred which enabled them to keep their own body weight with a minimum of energy input. “In the evolution of the sloths the adaptation to the slow, energy saving way of movement occurred solely through their anatomy”, John Nyakatura sums up. What was even more astonishing, this principle developed in two cases independent of each other: in the two-toed sloths and in the three-toed sloths. But although the outward appearance and lifestyle of the animals may lead to the assumption of them being related to each other, these two families are, from an evolutionary point of view, only distant relations.

“With their mode of life the sloths are filling an ecological niche”, adds Prof. Dr. Martin S. Fischer, who oversaw John Nyakatura’s doctoral thesis. “Sloths lead their lives in energy saving mode”. Their usage of energy saving food in connection with an unobtrusive lifestyle turns them into complete ‘models of energy saving’ among the mammals, according to the Jena Professor of systematic zoology and evolutionary biology. And this was a well-known recipe for success – completely unrelated to ‘laziness’.

Meanwhile John Nyakatura and his colleagues are not analyzing sloths any more – those have returned to the Zoo in Dortmund. Now the Jena researchers are applying themselves to the movement of birds.

Sloth Julius is accustomed by John Nyakatura to the climbing pole while being fed. 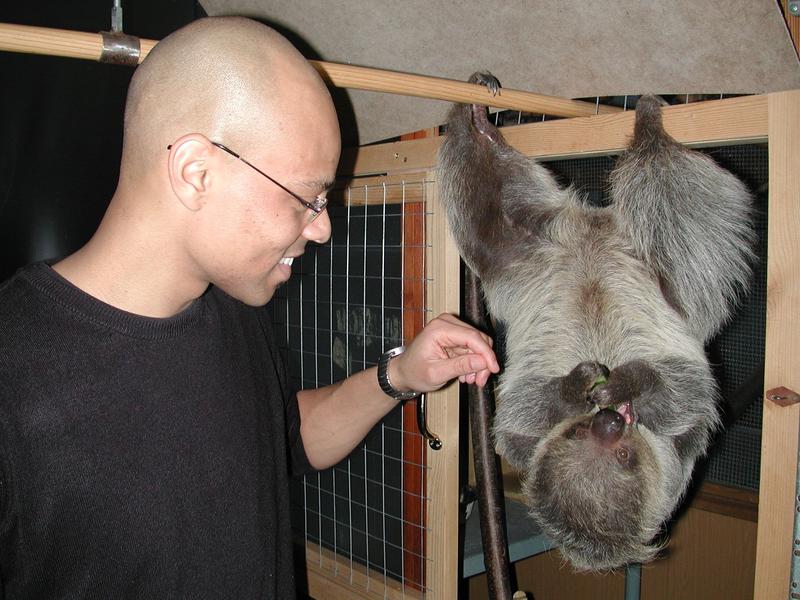 X-ray of head and chest of a two-toed sloth. Only via X-ray structural movements like that of the shoulder blade become visible. 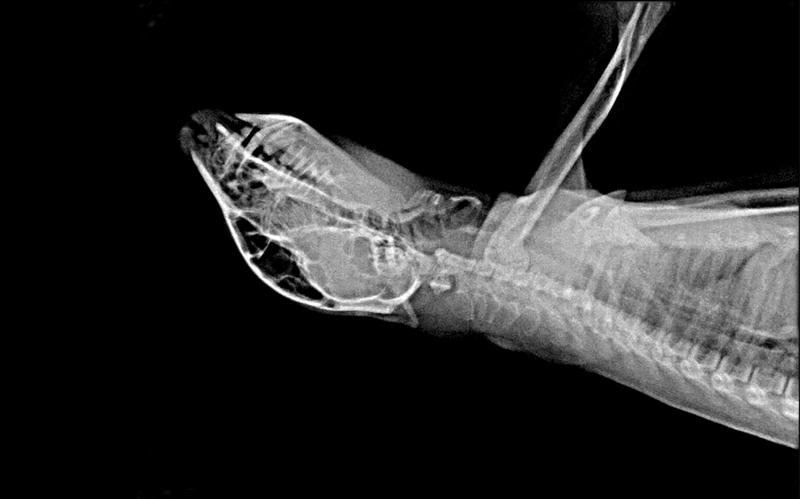