A Mediterranean diet with large amounts of vegetables and fish gives a longer life. This is the unanimous result of four studies to be published by the Sahlgrenska Academy at the University of Gothenburg. Research studies ever since the 1950s have shown that a Mediterranean diet, based on a high consumption of fish and vegetables and a low consumption of animal-based products such as meat and milk, leads to better health.

Study on older people
Scientists at the Sahlgrenska Academy have now studied the effects of a Mediterranean diet on older people in Sweden. They have used a unique study known as the “H70 study” to compare 70-year-olds who eat a Mediterranean diet with others who have eaten more meat and animal products. The H70 study has studied thousands of 70-year-olds in the Gothenburg region for more than 40 years.

Support in other studies
These results are supported by three further as yet unpublished studies into Mediterranean diets and their health effects: one carried out on people in Denmark, the second on people in northern Sweden, and the third on children.
“The conclusion we can draw from these studies is that there is no doubt that a Mediterranean diet is linked to better health, not only for the elderly but also for youngsters”, says Gianluca Tognon.

Italian background
Gianluca Tognon himself is from Italy, but moved to Sweden and Gothenburg specifically to collaborate with Lauren Lissner’s research group at the Sahlgrenska Academy, and develop research into the Mediterranean diet.

The article Does the Mediterranean diet predict longevity in the elderly? A Swedish perspective has been published in the scientific journal Age.
Link to the article: http://www.ncbi.nlm.nih.gov/pmc/articles/PMC3168601/?tool=pubmed
Contact:
Gianluca Tognon, scientist at the Department of Public Health and Community Medicine, Sahlgrenska Academy, University of Gothenburg
+46 727 335920
gianluca.tognon@gu.se
http://www.gianlucatognon.it/en/index.php

THE MEDITERRANEAN DIET
UNESCO has recognised the Mediterranean diet as an intangible cultural heritage. UNESCO states that the Mediterranean diet is based on such items as fish, vegetables, nuts and fruit, but the concept includes also a structure of traditional customs in which knowledge is transferred between generations, giving a feeling of communal identity and continuity to the local population. 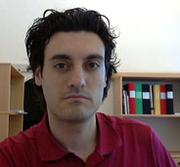 <
Gianluca Tognon, scientist at the Department of Public Health and Community Medicine, Sahlgrenska Ac ...
University of Gothenburg
None

<
Gianluca Tognon, scientist at the Department of Public Health and Community Medicine, Sahlgrenska Ac ...
University of Gothenburg
None 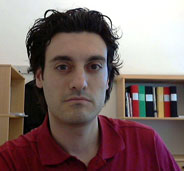