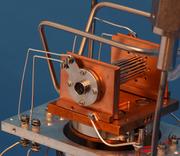 Laser spectroscopy of triatomic hydrogen ions is performed at the MPI for Nuclear Physics at temperatures near -210°C in this cryogenic ion trap, a 22-pole cage further developed from the original design by D. Gerlich at the University of Freiburg, Germany. 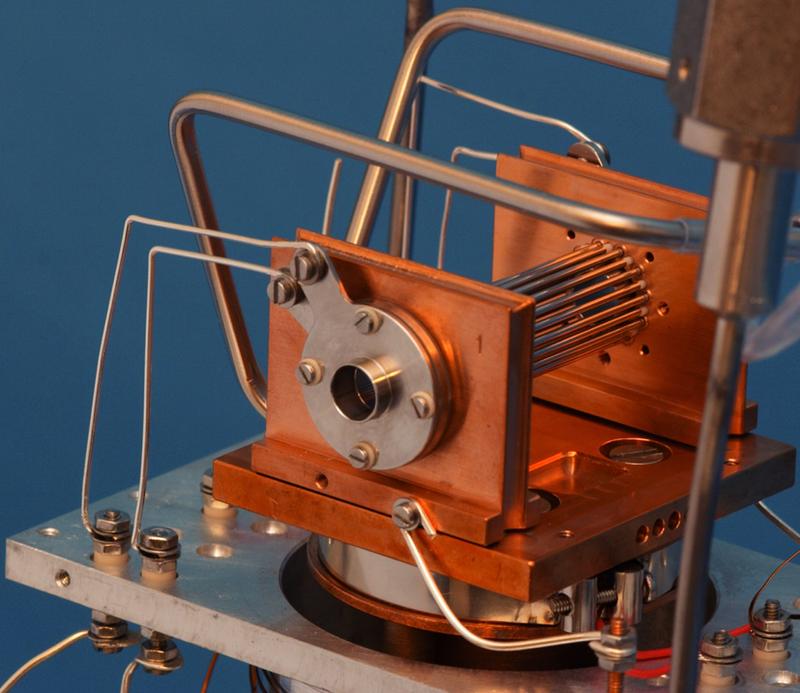 Two examples of the quantum mechanical wave functions for the atomic nuclei in H3+ at high excitation (corresponding to the 6th and 7th harmonics of the bending vibration in (a) and (b), respectively). They are taken from results of the new calculations (electronic supplement of the paper in Physical Review Letter). The square of this function yields the probability density of locating the atomic nuclei relative to each other. The wave functions show a high probability density for linear configurations of H3+, extremely far away from the equilateral triangular structure of non-vibrating H3+. With the new theory such configurations can be described exactly. 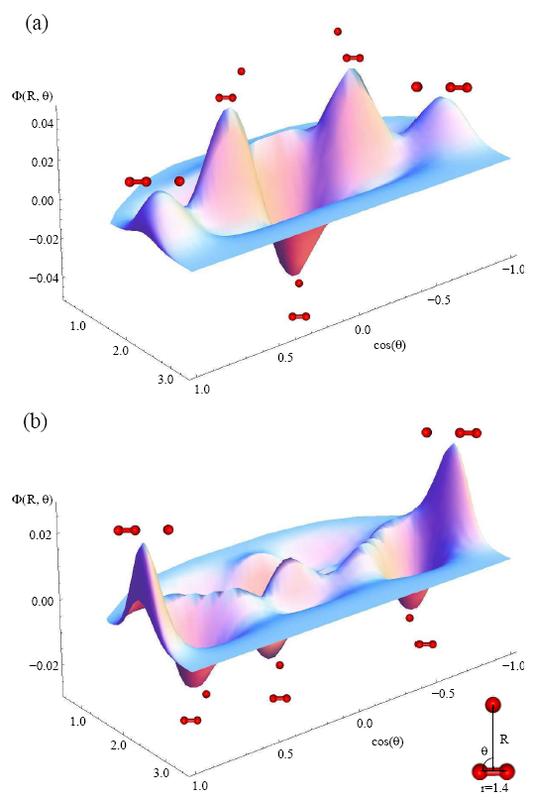