A modified blood protein increases the mortality risk in patients undergoing dialysis treatment. This has been reported by researchers from Würzburg and Boston in the journal "Science Translational Medicine". They also have an idea about how the risk factor might be successfully dealt with.

Diabetes and high blood pressure can lead to impaired renal function and even to complete kidney failure in the end. This is a life-threatening situation for the people concerned. They need to undergo dialysis treatment regularly, but the artificial blood filtration can only replace about 10 percent of normal renal function. Therefore, dialysis patients cannot consider themselves out of danger until they receive a kidney transplant. Due to the scarce supply of donor organs, however, not everyone is fortunate enough to get a transplant.

Why is it that kidney failure has such fatal consequences? The reason lies in the fact that the waste products, which should be excreted from the body via the urine, then accumulate in the blood. This increases the risk of additional conditions, such as atherosclerosis (formation of plaques in the arteries), heart attacks and strokes.

Harmless urea gives rise to the generation of toxic cyanate

In patients with kidney disease, one of the substances accumulating in the blood is urea, an originally harmless metabolic waste product. "However, urea can be converted in the body to a toxic cyanate, which binds to the blood proteins," explains Christiane Drechsler, a medical scientist at the Department of Nephrology of the University Hospital of Würzburg.

The dangerous cyanate also binds to albumin, which is one of the most important blood proteins. This has drastic consequences: The carbamylated albumin – as the modified albumin is known by scientists – now tends to stick to defective parts in the blood vessels. This aggravates the process of atherosclerosis, thus further reducing the survival chances of dialysis patients.

Amino acids can decrease the risk

"We have found a significant correlation: A higher amount of carbamylated albumin in the blood is associated with reduced survival chances of the respective patients," says Christiane Drechsler. The concentration of the dangerous albumin, in turn, increases with decreasing amino acid levels in the blood. This is because cysteine, histidine, lysine and some other amino acids are obviously able to inhibit the formation of the "high-risk albumin" – as has also been demonstrated by the Würzburg scientists and their colleagues from Boston (USA). The study evaluated data on 1,255 dialysis patients.

The results are published in the current issue of the journal "Science Translational Medicine". They open up the prospect of a new therapeutic approach that might be used to increase the life expectancy of kidney and dialysis patients: The administration of amino acids as a preventive measure. "We are now going to determine whether this method works in a pilot study currently in preparation, involving about 200 dialysis patients," says Professor Christoph Wanner, who heads the Department of Nephrology at the University Hospital of Würzburg.

The three main application possibilities yielded by the study

The study of the Würzburg and Boston researchers not only points to a new way of improving the survival rates of dialysis patients. It also provides two further benefits, as Christiane Drechsler explains: "The carbamylated albumin is a suitable candidate to serve as a prognostic marker in diagnostics. Furthermore, it might become a marker for assessing the quality of dialysis treatment over prolonged periods of time – similar to the HbA1c-test for diabetics."

<
Christiane Drechsler and Professor Christoph Wanner from the University Hospital of Würzburg have ga ...
(Photo: Robert Emmerich)
None 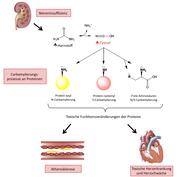 Christiane Drechsler and Professor Christoph Wanner from the University Hospital of Würzburg have gained new insight into the treatment of dialysis patients. 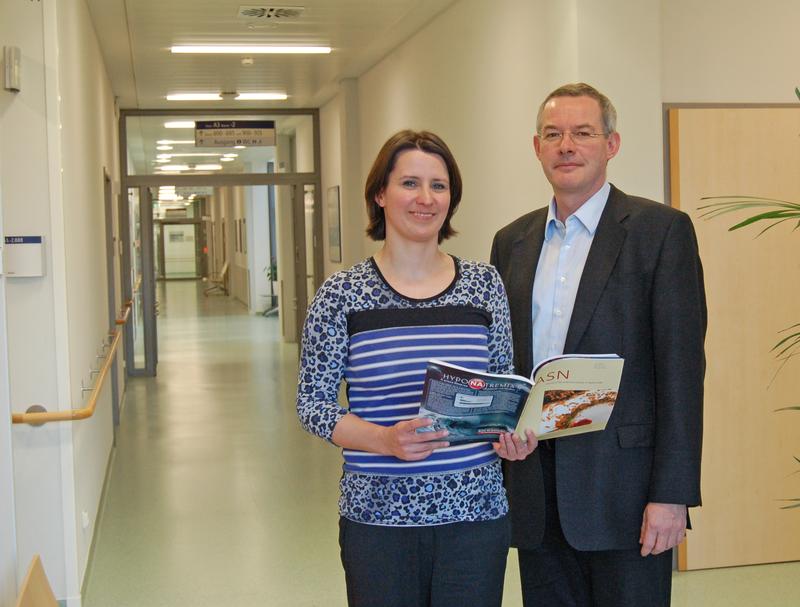 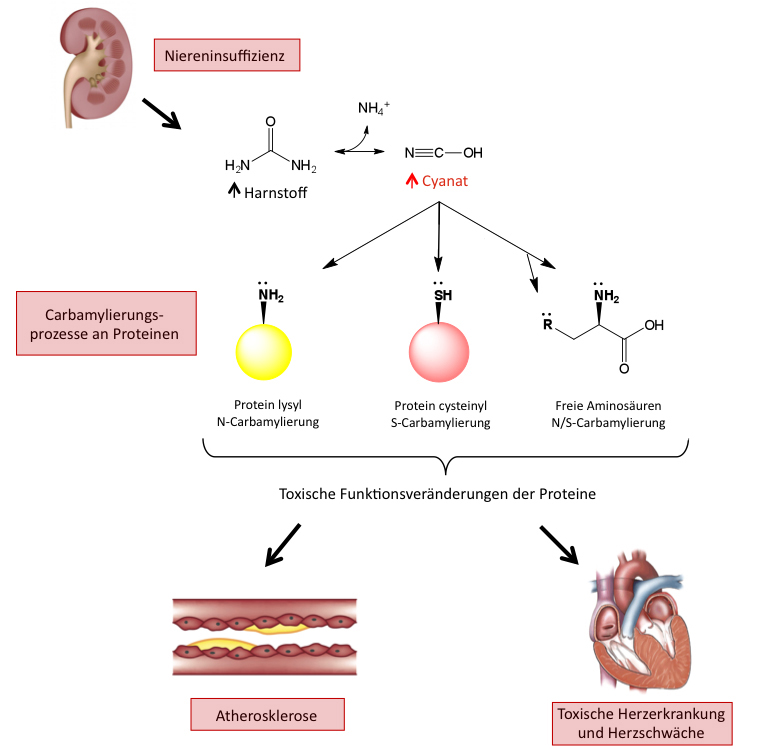