Hermann Cuntz is awarded one of the most attractive junior research prizes for his investigations on the structure of neuronal connections.

The Bernstein Award for Computational Neuroscience 2013 is awarded to the Frankfurt scientist Hermann Cuntz for his research on the principles of neural connections. The prize will be awarded by Dr. Christiane Buchholz, Federal Ministry of Education and Research (BMBF), on 25 September 2013 at 15:50 h. The ceremony will be held within the Bernstein Conference on Computational Neuroscience in Tübingen. With up to 1.25 million euros, the Bernstein Award is a very competitive junior research prize. It enables outstanding young investigators to establish their own research group at a German research institution. This year's winner Hermann Cuntz plans to build up his lab at the Ernst Strüngmann Institute (ESI) for Neuroscience in Cooperation with Max Planck Society and the Frankfurt Institute for Advanced Studies (FIAS), and will hereby extend the Bernstein Focus: Neurotechnology in Frankfurt.

According to which principles do nerve cells wire together to form small networks in the brain? Is there a basic connection code? In his research, Hermann Cuntz investigates the effects of shape and morphology of nerve cells on the structure and function of neuronal circuits. His tools are theoretical models. With their help, he generates synthetic neurons in the computer and calculates how these cells – starting from their shape – perfectly combine to small networks. In a second approach, he looks at the impact of the circuit´s structure on its own activity and dynamics. In this way, he is able to decipher the relationship between structure and function of neural connections. "For me, the neuronal morphology, meaning the shape of nerve cells, is the starting point to derive general rules about neural connections and functions," the neuroscientist says.

Cuntz previous works have laid the foundations for his theoretical analyses. He has developed a method called "morphological modeling". This method allows him to create nerve cells of diverse shapes – or morphology – in the computer by taking into account certain factors. In the underlying formula, different characteristics are included, such as the number of contact points with neighboring neurons, or the use of shortest feasible paths and as little nerve cell material as possible. "The latter two criteria were already postulated by the Spanish anatomist Ramón y Cajal in the early 19th Century," Cuntz says. "Nowadays, I use it to form anatomically realistic models of neurons and neuronal networks." His synthetic neurons are so lifelike that even neuroanatomists cannot distinguish the artificially generated cells from natural ones. By now, scientists worldwide use the computer software developed by Cuntz for his modeling method to replicate the brain’s structure in major endeavours like the Human Brain Project.

Hermann Cuntz will pursue his questions about the brain’s wiring principles in Frankfurt in cooperation with local scientists at the ESI, the FIAS, and the Goethe University Frankfurt. In this way, he will strengthen the existing Bernstein Focus: Neurotechnology in Frankfurt. In particular, he plans to strengthen his ties with experimental researchers with the aim to further testing and advancing the reliability of his network models and their predictions.

Hermann Cuntz studied biology at the University of Tübingen and wrote his diploma thesis under the supervision of Alexander Borst at the Friedrich Miescher Laboratory of the Max Planck Society in Tübingen. Afterwards, he followed Borst to the University of California at Berkeley (USA), and later to the Max Planck Institute of Neurobiology in Munich, where he received his PhD in 2004. After a two-year postdoctoral stay with Idan Segev at the Hebrew University in Jerusalem, he worked in the laboratory of Michael Häusser at University College London. Since 2011 he is a visiting scientist in the lab of Pascal Fries at the ESI, and his laboratory is located at the Institute for Clinical Neuroanatomy, Goethe University.

The Bernstein Award has been conferred for the 8th time this year and is part of the National Bernstein Network for Computational Neuroscience, a funding initiative launched by the Federal Ministry of Education and Research (BMBF) in 2004. The initiative’s aim was to sustainably establish the new and promising research discipline of Computational Neuroscience in Germany. With this support, the network meanwhile has developed into one of the largest research networks in the field of computational neuroscience worldwide. The network is named after the German physiologist Julius Bernstein (1835-1917). 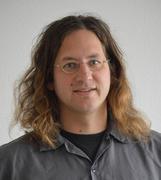 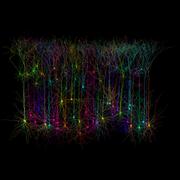 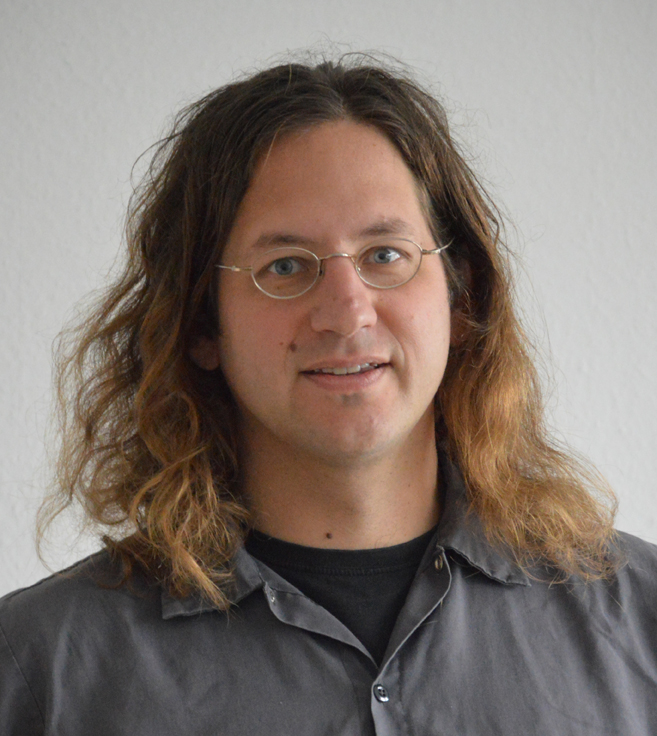 These natural looking nerve cells have been generated on the computer by Hermann Cuntz, using the method of „morphological modeling“. 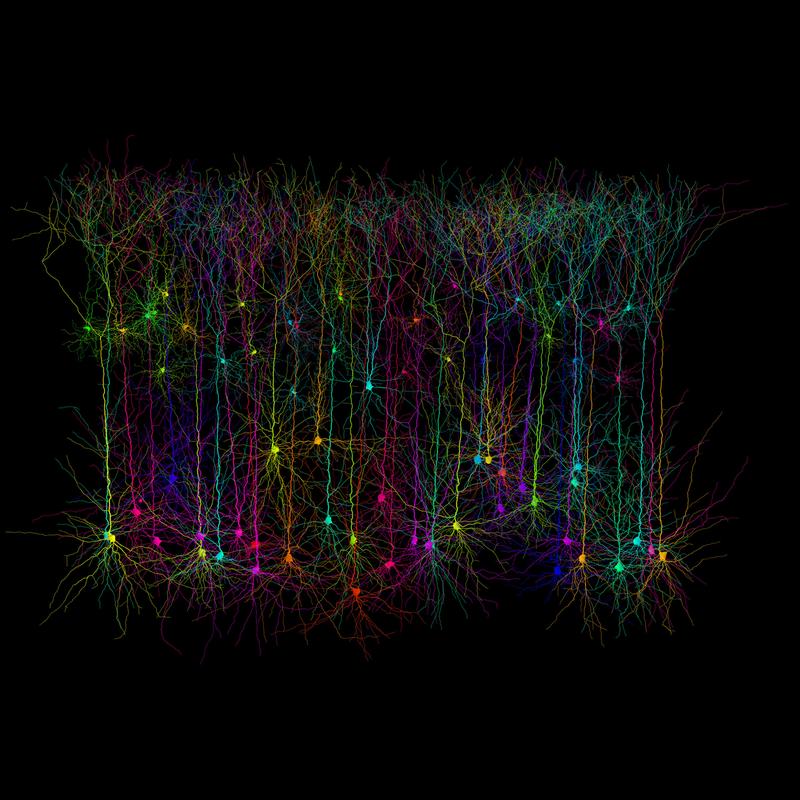