It has been assumed that the increased transmission of sexually-transmitted diseases in the case of mating promiscuity is influential in shaping the immune system of mammals. Results published in the scientific journal “Functional Ecology” this week demonstrate that this simple idea does not apply to rodents, and that living circumstances and the environment can be a key factor in determining variation in immune investment among mammals.

It has been assumed that the increased transmission of sexually-transmitted diseases in the case of mating promiscuity is influential in shaping the immune system of mammals. Results published in the scientific journal “Functional Ecology” this week demonstrate that this simple idea does not apply to rodents, and that living circumstances and the environment can be a key factor in determining variation in immune investment among mammals.

The immune system protects organisms against diseases. Therefore, detecting the factors which shape this system is of great interest to both human and animal medical science. One major question is whether exposure to sexually-transmitted diseases is a main force driving variation in mammalian immunity. Some evidence suggested that this was the case for primates and carnivores and until now was thought to apply to all mammals. Researchers from the German Leibniz Institute for Zoo and Wildlife Research (IZW) have now shown that for rodents, representing 40 % of all living mammal species, this is not the case.

In order to assess the ‘sexually-transmitted diseases’ hypothesis, scientists from the IZW retrieved data from 145 published studies on rodents. They used the number of total white blood cells and their two main components, neutrophils and lymphocytes, as measures of immunity. They quantified the risk of sexually-transmitted diseases by using measures of testes mass, a known predictor of the number of mating partners across species. The effects of body mass differences and the living circumstances (captive vs. free-ranging) were also taken into consideration in the analyses. The findings demonstrated that large species displayed an increase in the number of immune cells. Also, individuals from captive populations exhibited higher lymphocyte counts than individuals from free-ranging ones. However, testes mass did not vary with immunity, which suggests that sexually-transmitted diseases do not play a major role in shaping the rodent immune system.

“As we know that the prevalence of sexually transmitted pathogens as well as immunological parameters can differ between mammalian groups, pressure by sexually-transmitted diseases may not be the primary determinant of driving immune function in all mammals”, says Jundong Tian, lead author of the study. “Moreover, there is also substantial evidence for effects of captivity upon the physiology of organisms. This suggests that findings derived from captive populations need to be considered very cautiously if we want to understand how evolutionary forces have acted on the immune system over millions of years”, comments Gábor Czirják, principal investigator of the study.

Identifying factors which shape immunity in mammals is likely to ultimately lead to advances in medical treatment. Studies applied to rodents are particularly important in this respect, as mice and rats – key representatives of this mammalian group – continue to serve as a major model animal source for biomedical research.

The Leibniz Institute for Zoo and Wildlife Research (IZW) investigates the vitality and adaptability of wildlife populations in mammalian and avian species of outstanding ecological interest that face anthropogenic challenges. It studies the adaptive value of traits in the life cycle of wildlife, wildlife diseases and clarifies the biological basis and development of methods for the protection of threatened species. Such knowledge is a precondition for a scientifically based approach to conservation and for the development of concepts for the ecologically sustainable use of natural resources. 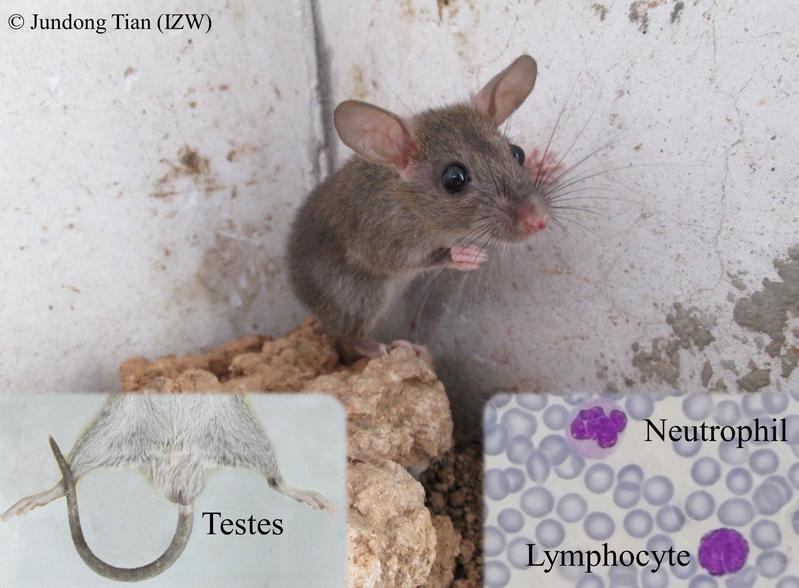