Speciation and hybridization in Galápagos-marine iguanas

Charles Darwin had a very clear opinion of Galápagos marine iguanas - “a hideous-looking creature, of a dirty black colour, stupid and sluggish in its movements”. However, Darwin’s ‘ugly duckling’ has surprised a research team of evolutionary biologists from the Technische Universität Braunschweig. Their results show, for the first time, the speciation of two populations of marine iguanas occurring on the same small island – a phenomenon that is even unknown for much smaller lizards. This research sheds new light on the fascinating and complex evolutionary processes of the Galápagos archipelago.

Although at a first glance these dragon-like creatures appear aesthetically challenged, marine iguanas are among the most fascinating organisms of the Galápagos Islands. They are the only sea going lizards world-wide, foraging in the marine environment and have colonized all major and smaller islands of the archipelago. However, from a scientific perspective, their evolution remains poorly understood when compared to that of Darwin’s finches or the giant Galápagos tortoises.

New insights into the evolution of marine iguanas now shift them into the focus of modern evolutionary research. An international research team, led by Dr. Sebastian Steinfartz from the Zoological Institute of the Technische Universität Braunschweig, has shown for the the first time that speciation of these large and mobile reptiles can occur on an unusual small scale. In a new research paper, published in Proceedings of the Royal Society B, the team show that reproductive isolation, the beginning of species formation or ‘speciation’, of marine iguana populations has developed on the small island of San Cristóbal within a very short period of time in the absence of spatial barriers. Speciation on such a small spatial scale was until now unknown, even from much smaller lizards. “We were surprised to find evidence for almost complete reproductive isolation between the two groups” remembers PhD student Amy MacLeod, who sampled hundreds of these prehistoric-looking reptiles during several trips to the Galápagos. At the same time, the team also found that reproduction between migrants from other islands, a kind of hybridisation, was surprisingly common.

Indeed, the system seems to be far more complex than initially thought, and allows for intriguing insights into the evolutionary processes of the Galápagos. “We are witnessing a never-before documented situation in the animal kingdom, where speciation is directly paralleled by hybridization” Sebastian Steinfartz explains. Although both groups of marine iguanas avoid breeding with each other, and therefore behave as distinct species on the island, they both interbreed and hybridize with migrant marine iguanas from nearby islands freely. As a result, the speciation process remains incomplete, and over evolutionary time-scales of several million of years, marine iguanas seemingly appear to be a single species, Steinfartz points out.

The scientists hypothesize that by the direct interaction of these opposing evolutionary forces, namely speciation and hybridization, the potential of marine iguanas to adapt to changing environmental conditions in the Galápagos archipelago is enhanced. This may have enabled them to persist for millions of years. “Perhaps this mechanism is the key to understanding the success of marine iguanas in surviving for such a long time on the archipelago despite the dynamic conditions” Steinfartz argues. Local adaptations, resulting from speciation might be absorbed by recurrent hybridization into a common species gene pool. This could enable the marine iguana to rapidly adapt and persist over the long-term, despite repeatedly suffering from severe population crashes driven by climatic fluctuations such as El Niño events. The team expect further surprises from this fascinating organism. “I hope that the ugly duckling now grows up and will develop into a white swan allowing us deeper insights into evolutionary processes in the future” says Steinfartz with a smile.

<
No ugly at all - marine iguanas are fascinating inhabitants of the Galápagos islands and the only se ...
U Braunschweig/Alejandro Ibáñez Ricomá
None 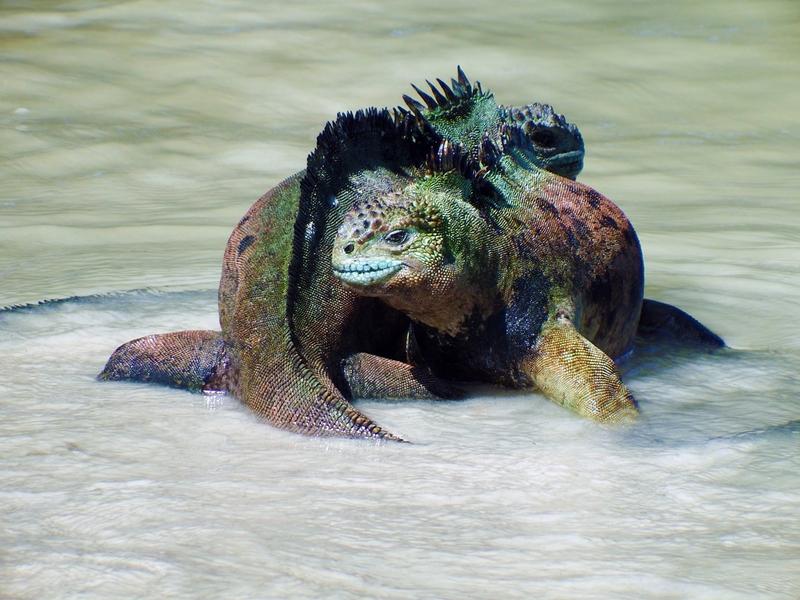 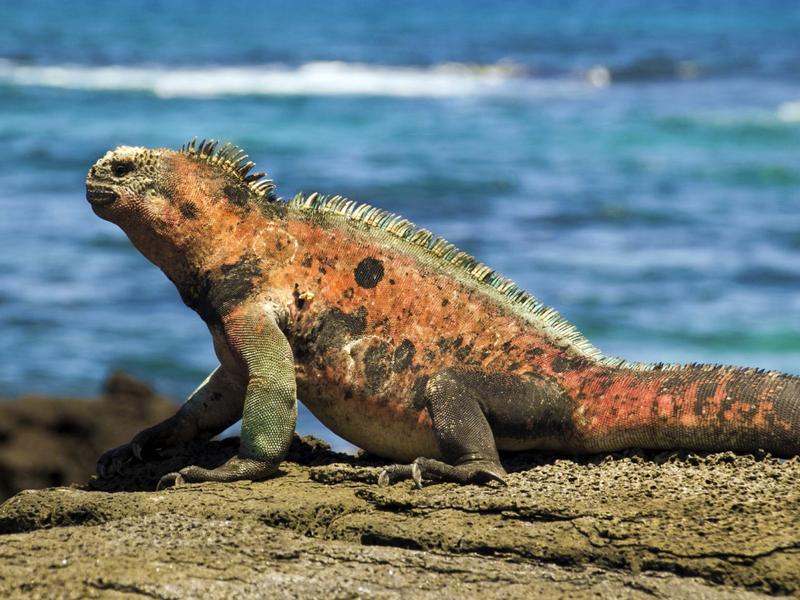