Home > Press release: Up to 30 percent less precipitation in ...

Seasonal water shortages already occur in the Central Andes of Peru and Bolivia. By the end of the century, precipitation could fall by up to 30% according to an international team of researchers led by the University of Zurich. In a first for this region, the team compared current climate data with future climate scenarios and data extending back to pre-Inca times.

The population in the Central Andes already faces water shortages today. Now geographers at the University of Zurich have collaborated with Swiss and South American researchers to show that precipitation in the rainy season could drop noticeably – and this could happen within the next twenty years.

In contrast to conventional research projects, which often look at climate forecasts in isolation, the UZH scientists compared data taken from tree rings and ice cores from the past 1,000 years with model calculations for the future. Their research found that current precipitation is within the normal fluctuation range for recent centuries. But this is projected to change dramatically by the end of the century: «Our model simulations suggest that the probability of dry years between 2071 and 2100 will be four times higher than in the pre-industrial era», says lead author Raphael Neukom.

It is difficult to realistically simulate precipitation in mountainous regions using current global climate models, which forced researchers to use alternative methods. They capitalised on the fact that precipitation in the tropical Andes is strongly influenced by wind speeds in the higher air layers. «These winds can be simulated much more reliably than the precipitation itself», says Raphael Neukom. «It is highly probable that the increase in greenhouse gases will strengthen the westerly winds over the Central Andes. But stronger westerly winds in the upper troposphere reduce the inflow of humid air from the Amazon region into the Andes and thus lead to greater aridity.»

Although almost all model simulations point to a decline in precipitation, the scientists note that the model and climate scenarios still present some uncertainties. Nevertheless, «although short-term predictions can be impacted by fluctuations that go against the overall trend, our data clearly shows that over the long term, i.e. through to the end of the century, the trend towards greater aridity in the Andes is unambiguous», explains UZH glaciologist Christian Huggel. Moreover, other factors such as the deforestation of the Amazon rainforest and lower levels of glacial meltwater could exacerbate the trend.

According to Christian Huggel, there is therefore an urgent need to introduce affordable and low-risk measures that will adapt the region to the new climate conditions. Peruvian-Swiss projects are testing such measures, which include, for example, the collection of rainwater in artificial ponds. «The results of the basic research are coming at just the right time for deliberations on the dimensions of such ponds», concludes Christian Huggel.

The study was partially financed by the Swiss Agency for Development and Cooperation (DEZA) as part of the project «Anpassung an den Klimawandel in Peru» [Adapting to Climate Change in Peru]. In addition to concrete adaptation and development measures, this project also examines the scientific bases of climate change in the Peruvian Andes. The extraordinary collaboration between Swiss researchers from the universities of Zurich, Fribourg and Bern, the federal institute Agroscope, Meteodat GmbH and South American researchers from Peru, Argentina and Chile brings together paleoclimatologists with experts in the field of instrumental climate measurement. The aim is to quantify past, present and future climate conditions with the greatest possible precision. It is important to study medium- and long-term climate changes as precisely as possible in order to enable adaptation measures to be planned effectively. To that end, DEZA, Peruvian governmental institutions, the scientific community and NGOs are working together closely in this project.

Lake Sibinacocha in the region of Vilcanota in Peru.

<
Seasonal water shortages already occur in the Central Andes. In the future, the region could suffer ...
Image: Nadine Salzmann
None

<
Lamas and sheeps in the region of Vilcanota in Peru.
Image: Nadine Salzmann
None

Seasonal water shortages already occur in the Central Andes. In the future, the region could suffer from even greater aridity. 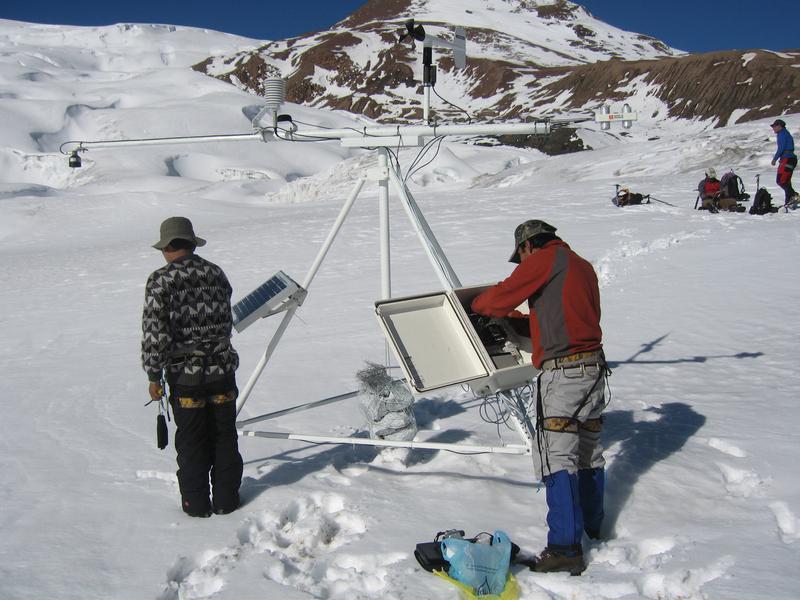 Lamas and sheeps in the region of Vilcanota in Peru. 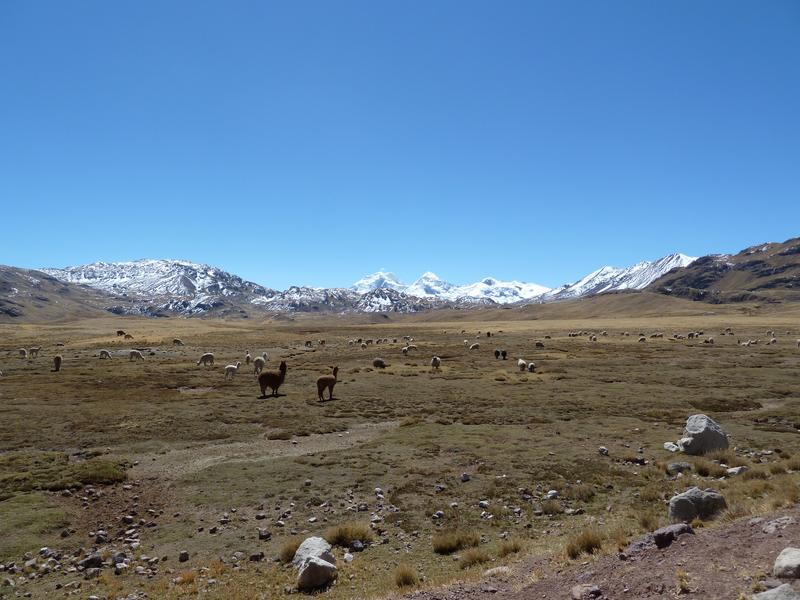