For the first time, a scientific survey provides a global overview of the naturalisation and distribution of plants on continents outside their native ranges. Under the leadership of Professor Mark van Kleunen at the University of Konstanz, biologists from the University of Vienna, The Czech Academy of Sciences, the German Centre for Integrative Biodiversity Research (iDiv) and the University of Göttingen analysed data for 481 mainland areas and 362 islands in collaboration with a further 33 research institutions all over the world.

The areas surveyed represent around 83 percent of the Earth’s land surface. According to the researchers’ survey, humankind has been responsible for the establishment of at least 13,168 plant species – approximately 3.9% of the flora worldwide – outside their natural ranges. North America has become home to the largest number of alien plant species, as almost 6,000 have naturalised in this continent, followed by Europe with more than 4,000. Compared to their area, the Pacific Islands had the most naturalised plant species, indicating that islands are easier to invade than mainland areas. Regions in the Northern Hemisphere are the largest “donors” of naturalised species to other parts of the world, with Europe and non-tropical Asia in the lead. The results of this research were published in the current issue of the prestigious scientific journal Nature.

In the course of the four-year research project, the biologists collected regional lists of naturalised plants from all parts of the world, and compiled them in the global databank called GloNAF - Global Naturalized Alien Flora.

“The greatest challenge was to acquire data from understudied regions of the world, from where there was no or very scarce information on alien plants distributions. Up to now, biologists inferred global patterns from rather limited data sets, and much of what we knew about plant invasions was speculation to some extent; now for the first time, we can carry out rigorous tests of those assumptions, and this is what makes our study unique”, explains Professor Petr Pyšek of The Czech Academy of Sciences, the senior author of the study. “Another great challenge was to standardise the names of plant species. There are large regional discrepancies in the names used for the same plant species in different countries”, the lead author Mark van Kleunen reports.

The survey was based on the statistics for “naturalised” (established) plants. This category of plants includes all species that grow and reproduce in the wild outside their original geographic range. These figures are not exactly the same as the statistics for so-called invasive plant species, those that rapidly spread in their non-native ranges and many of them noticeably impact their new environment as well as other species.

This research is driven by the question: Why are some plant species more successful in becoming naturalised than others? Mark van Kleunen explains: “Our survey is purely descriptive to start with: it details where alien plant species have spread worldwide and where they come from. With the GloNAF database that we built, we can now begin to ask questions about the biological mechanisms driving these processes”.

“This is particularly challenging because questions such as what contributes to the spread of alien plant species, which plant characteristics foster their spread into different environments, and how important are evolutionary relationships between the naturalised and native plants, are still poorly understood at the global scale,” adds Marten Winter of the iDiv Centre in Leipzig, and one of the founding members of the GloNAF consortium. “Our data can now also be used to make predictions about which species could become dominant in which regions, which would be knowledge of great importance for the management of biological invasions and nature conservation”, Mark van Kleunen concludes.

Mosaic of Planet Earth: http://pi.uni.kn/2015/081-Mosaik.jpg
Caption: The mosaic was constructed by Daniel Nickrent using EasyMoza software based on a public domain photo of Planet Earth. A total of 367 images representing 360 introduced, naturalized, or invasive plant species worldwide were used for the mosaic tiles. 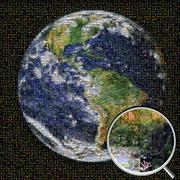 <
Mosaic of Planet Earth: A total of 367 images representing 360 introduced, naturalized, or invasive ...
Daniel Nickrent
None

<
Giant hogweed (Heracleum mantegazzianum) is one of the most prominent invasive plants in Europe, wit ...
Jan Pergl
None 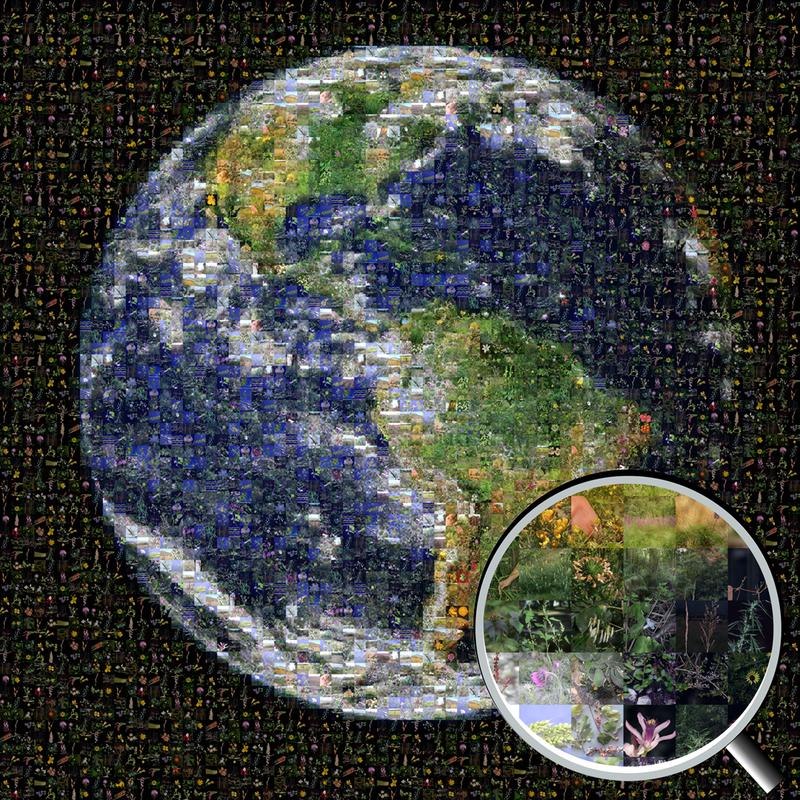 Giant hogweed (Heracleum mantegazzianum) is one of the most prominent invasive plants in Europe, with invasive stands covering hectars of abandoned pastures. 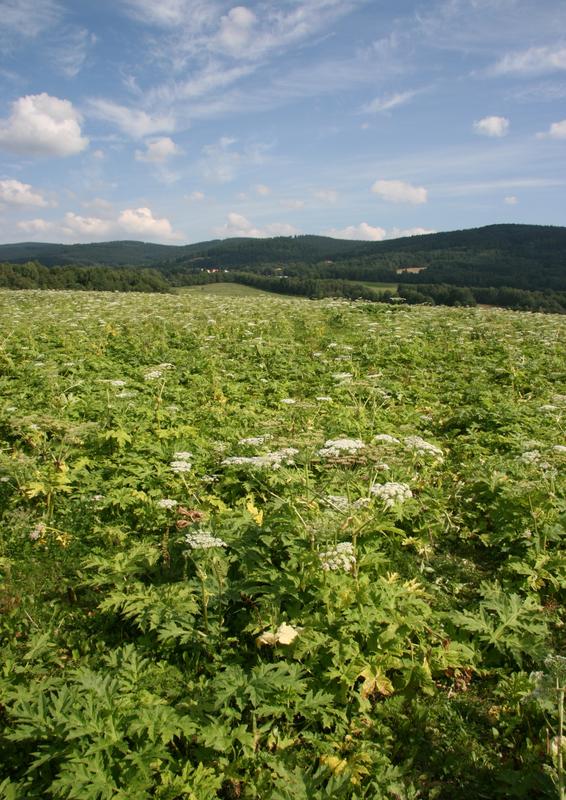