A Grand Voyage for Tiny Organisms

Climate and Ecosystem Change in the Mediterranean

Since the opening of the Suez Canal in 1869 many hundreds of marine animal and plant species from the Red Sea have invaded the eastern Mediterranean, leading to significant changes in the native flora and fauna of the Mediterranean. An international team of researchers reported in a recent issue of the international journal Plos One that warming in the Mediterranean caused by climate change could promote the invasion of tiny marine animals called foraminifera.

The foraminifera Pararotalia is a very unimpressive animal at first glance. It is unicellular and very small. Despite this, foraminifera play an important role in the stabilization of ecosystems in the coastal zone. The calcite shells of dead animals form the foundation for many reef ecosystems and have a fundamental importance as so called-ecosystem engineers. Foraminiferal specialists such as Dr. Christiane Schmidt can identify foraminifera by the shape of their calcite shells. Together with her future MARUM colleagues the geo-ecologist, who will return to Bremen after completing a short-term fellowship in Japan, collected samples of living foraminifera at the Nachscholim National Park, south of Haifa, from the spring of 2012 to autumn 2013. One object of their search was the newly described Foraminifera Pararotalia, which was first discovered in 1994 in the eastern Mediterranean and has multiplied explosively there since then.

“To date there is no evidence of the occurrence of this species in the Red Sea,” says Dr. Schmidt. MARUM researcher Dr. Raphael Morard, who conducted the molecular identification on this species adds: “With these methods we can show that Pararotalia is indeed an invasive species that originates from the Indian Ocean and the Pacific.”

The success of the genus Pararotalia in the Mediterranean can be attributed to its ecology. This foraminifer lives in symbiosis with tiny microalgae. This symbiosis provides two advantages: foremost, the algae provide food for the Pararotalia through photosynthesis, and this also promotes the growth of the calcite shell of its host.

“Basically it is the temperature regime in the eastern Mediterranean that dictates whether species such as Pararotalia can survive or not,” Dr. Schmidt says. “We have cultured this species in the laboratory and shown that its thermal optimum is around 28°C, but below 20°C and above 35°C it has extreme difficulty surviving.

Next, the team developed a computer model to determine which regions in the eastern Mediterranean are especially well suited for Pararotalia. The model takes into account all occurrence records of this species published to date and, based on the light regime and sea-water turbidity in these locations, both important factors for the survival of the species, models where it is likely to occur now and in the future. The model gives clear results: the coastal ecosystems of Israel and Lebanon are currently the best-suited habitats for this species, but the species currently also lives in Syria and southeastern Turkey.

The model also suggests that in the future Pararotalia will likely expand to areas in the Mediterranean that are still too cold for its survival today. Increasing sea-water temperatures will lead to migration of the species into the western Mediterranean. Co-author Dr. Anna Weinmann, researcher at the University of Bonn says: “Our model clearly shows that by 2100 Pararotalia will likely be found in the Aegean, the Ionic Sea, in Greece, and in Libya due to transport by the prevailing currents.”

MARUM aims at understanding the role of the oceans in the Earth’s system by employing state-of-the-art methods. It examines the significance of the oceans within the framework of global change, quantifies interactions between the marine geosphere and biosphere, and provides information for sustainable use of the ocean.

MARUM comprises the DFG research center and the cluster of excellence "The Ocean in the Earth System". 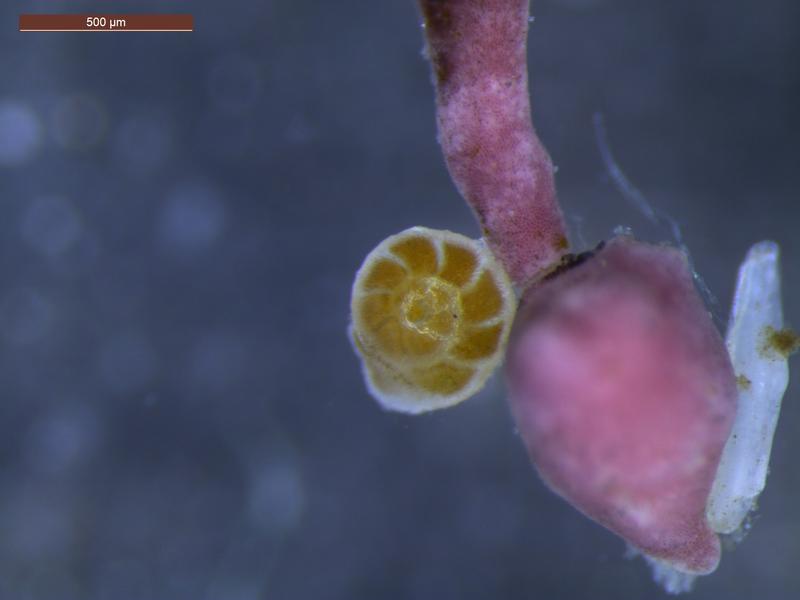