Researchers at the Fraunhofer Institute for Solar Energy Systems ISE have developed a highly compact and efficient inverter for use in uninterruptible power supplies (UPS) for electrical devices. The demonstrator, which contains innovative silicon carbide components, was developed in cooperation with an industry partner and achieved an efficiency of 98.7 percent. The research and development findings can be applied to other areas of electronic power conversion in which weight and efficiency play a key role, e. g. electric mobility or portable power supply.

UPS inverters ensure that electrical devices continue to be supplied with power during disruptions to the power grid. In combination with a battery, they allow electrical power outages of varying lengths to be bypassed. For particularly critical loads, such as computer centers, online UPSs offer the highest protection as they are connected between the grid and the load and are thus able to compensate for any disruptions stemming from the grid. This does mean, however, that all energy is transferred via the UPS inverter even during periods of disruption-free operation. Efficiency therefore plays a very important role for this application, as it is closely connected with the costs required to operate the UPS. This context provided the starting point for the Fraunhofer ISE project, which has now been successfully completed.

Compact and highly efficient in one

Using silicon carbide (SiC) transistors, scientists were able to showcase a UPS inverter with an output of 10 kW and a volume of just five liters. Despite its highly compact design, the inverter still achieved a very high efficiency of 98.7 percent. The good dynamic and static properties of the SiC transistors, such as on-state resistance and switching loss, permit a switching frequency of 100 kHz. This is around five times higher than that of conventional power electronic silicon components, yet does not significantly increase losses in the semiconductors. Thanks to the high switching frequency, the passive elements in the system, such as inductors and capacitors, could also be reduced in size, while the low losses in the semiconductors permitted the implementation of a compact cooling system for the transistors.

Lower costs thanks to higher efficiency

“On the whole, this design saves system-related costs and materials. In comparison to using a conventional clock rate of 16 kHz, we were able to reduce the size and price of the main inductance in our UPS inverter by around two thirds,” says Cornelius Armbruster, development engineer and member of the team “Future devices and high-efficiency converters” at Fraunhofer ISE. For applications in online UPS systems, efficiency is even more important than reducing materials, as it not only compensates short-term voltage dips in the grid, but also ensures that electrical devices are continuously supplied with power via the UPS. The annual energy demand of a small server room with a typical capacity utilization amounting to half of the rated power of the UPS system is around 44,000 kWh. Depending on the efficiency of the UPS inverter, the energy demand increases to cover the losses that occur in the inverter, thus explaining the considerable impact that UPS inverter efficiency has on operating costs in the form of electricity costs. In comparison to a conventional system with an efficiency of around 97.4 percent, the newly developed demonstrator (98.7 percent) can reduce annual costs by around 40 percent.

Silicon carbide: a material with prospects

For many years, the Fraunhofer Institute for Solar Energy Systems ISE has been researching and developing highly efficient power electronics for renewable energy systems and the application of the latest components made from gallium nitride and silicon carbide. The technology demonstrator showcased by Fraunhofer ISE, which was commissioned by ROHM Semiconductor, once again highlights the potential of these semiconductor materials. The SiC transistors used in the demonstrator were provided by ROHM Semiconductor, one of the market leaders in the development of silicon carbide semiconductor components. Thanks to this semiconductor material, transistors will be available for even higher currents in the future, allowing systems to achieve considerably higher output powers. 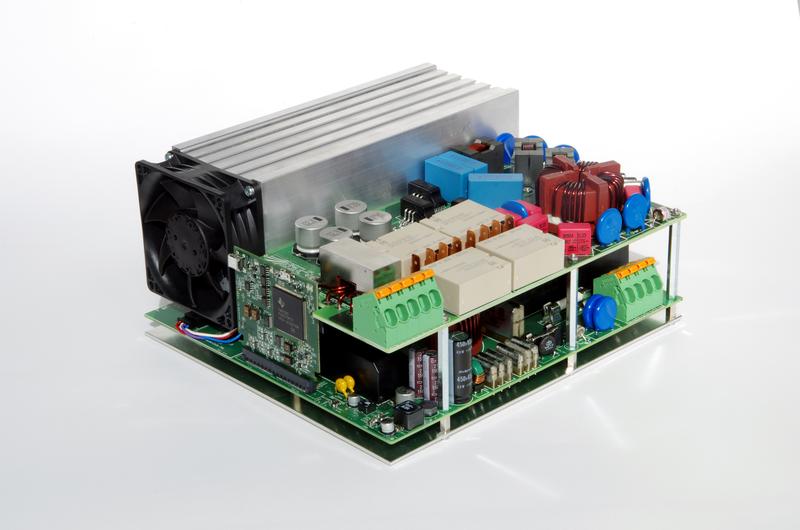 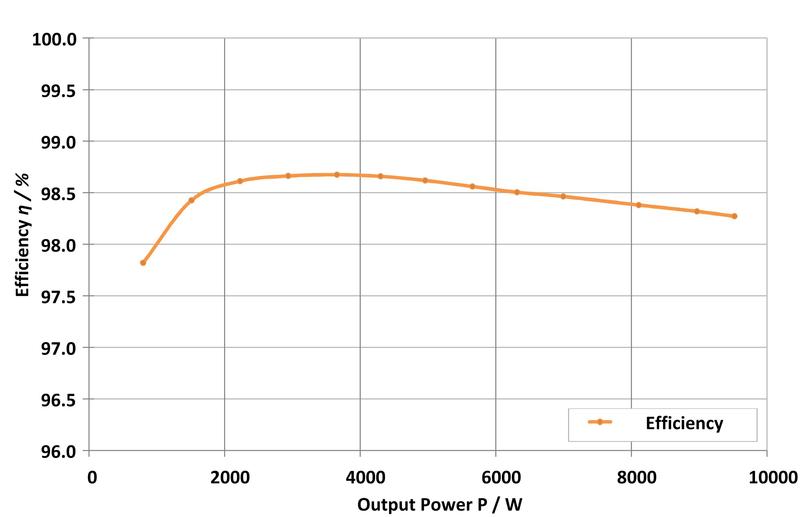