On 21 January 2016, Henrike Lähnemann officially assumed her duties as professor of medieval German literature and linguistics at the University of Oxford, England, with a public inaugural lecture on manuscripts from North German convents. The event was the starting signal for a partnership between the Universities of Oxford and Freiburg that is receiving funding from the German Academic Exchange Service (DAAD) and the Volkswagen Foundation. The medieval studies professor will spend two months each year at the University of Freiburg as a fellow of the Freiburg Institute for Advanced Studies (FRIAS), thus intensifying the close cooperation in medieval German studies between the two universities.

“The professorship is an example of a new kind of cooperation in the humanities and also points the way toward a strengthening of German studies in Great Britain,” says Rector Prof. Dr. Hans-Jochen Schiewer. “The University of Freiburg stands to benefit from Lähnemann’s regular stays at FRIAS – not only from her expertise in the religious literature of the German Middle Ages but also from her seminars for students and practical competency training courses for graduates and young researchers.”

“Our aim in providing funding for the German studies chair at the University of Oxford is to intensify scholarly exchange on Germany-related topics, particularly among young scholars. The teaching will enrich the discussion on German literature, culture, and history even outside of the two partner universities,” remarks DAAD Secretary General Dr. Dorothea Rüland.

“In supporting the professorship, we are continuing our efforts to establish an intellectual partnership between Great Britain and Germany. This seems particularly urgent in light of the current situation in Europe. It pleases me all the more that this will intensify the cooperation between two such internationally reputable universities,” says Dr. Wilhelm Krull, Secretary General of the Volkswagen Foundation.

“The model has precursors as early as the Middle Ages, when scholars moved between universities in various countries, thus breathing life into the academic culture,” says Lähnemann. In addition to conducting research, she will spend her time in Freiburg holding workshops and giving talks on topics like English abstract writing, presentation techniques, and the visualization of research. She herself uses social networks like Twitter to make her findings available and understandable.

Her research focuses on the religious literature of the Low German area, especially the manuscript tradition of the Cistercian convent in Medingen in the 15th century. Lähnemann is fascinated above all by the self-confidence of the nuns, whose writings reveal an independent theological profile. For example, the nuns of Medingen translated their prayers from Latin to Low German to make their religious messages available to laypeople.

Henrike Lähnemann earned her PhD in Bamberg in 1995. Following stints in Oxford, Zurich/Switzerland, and Tübingen, she accepted the Chair of German Studies at the British University of Newcastle upon Tyne. In January 2015 she moved to the University of Oxford, where she is the first woman to hold a chair in modern philology in 150 years.

Lähnemann will come to Freiburg for her next stay in July and August 2016.

Further information on Henrike Lähnemann on the websites of FRIAS and the University of Oxford: 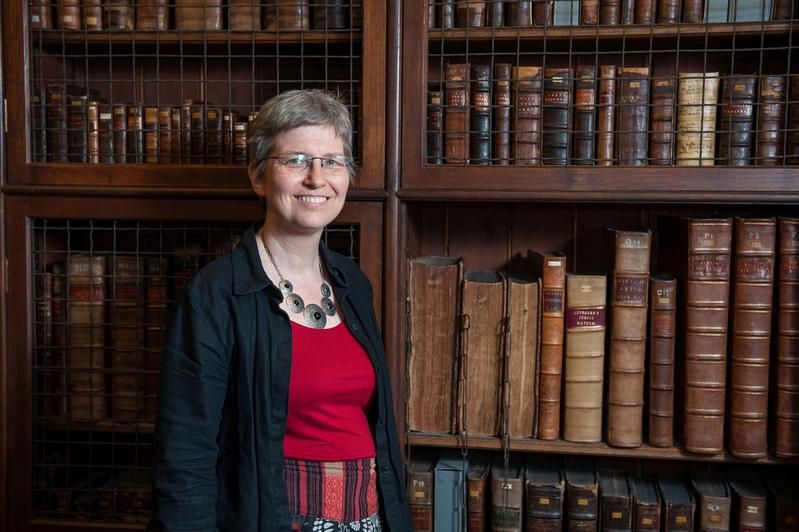