German archaeologists working at the famous pyramids of Meroe

For the first time in almost one century, the burial chambers of a royal pyramid at Meroe have been re-opened for documentation and archaeological research. The subterranean tomb, constructed sometime in the early 4th century BC for the Great Royal Wife, Queen Khennuwa, is situated about 6 metres below its pyramid. Its burial chambers were completely decorated with well-executed paintings and hieroglyphic texts, many of which are still preserved. The re-opening of the tomb is part of the research and conservation programme of the Qatari Mission for the Pyramids of Sudan (QMPS), directed by His Excellency Sheikh Hassan bin Mohammed bin Ali Al Thani, designed to preserve and to further investigate more than 100 pyramids in the royal cemeteries at Meroe by a team of international experts. Conservation and security measures are planned in order to keep the historically important burial of Queen Khennuwa open for the public.

Four centuries after their ancestors ruled Egypt as the “Black Pharaos” of the 25th Dynasty during the 7th century BC, the Kings and Queens of Meroe created a vast empire south of the 1st Cataract of the Nile in nowadays Sudan. The centre of this kingdom was its capital at Meroe, situated about 200 km north of present-day Khartoum. Until the fall of the Meroitic kingdom in the 4th century AD, its rulers were buried in royal necropolises amongst the mountains some kilometres east of the capital. Queen Khennuwa was one of these rulers and her grave, along the entry path into these burial grounds, is one of the earliest pyramids in these necropolises. Close similarities of her tomb decoration to funerary texts of the 25th Dynasty testify to the still strong influence of earlier traditions.

Queen Khennuwa’s grave chamber has already been excavated by George A. Reisner of the Boston Museum of Fine Arts in 1922. However, he documented the pyramid and its decorated substructure with only a few photographs and hand copies. These have been the only source of information available to scholars for nearly one century. Now, the re-excavation of the remains of the pyramid and the re-opening of its burial chambers allows for a thorough documentation, using state of the art technologies, that will serve as a basis for ongoing and future archaeological research.

The recent research activities at Meroe are part of a large scale program that aims to investigate, preserve and promote the remarkable royal pyramid necropolises of the UNESCO World Heritage site of Meroe. It was initiated by the Qatari Mission for the Pyramids of Sudan in close cooperation with the Sudanese National Cooperation of Antiquities and Museums and the German Archaeological Institute in Berlin. The latter institute houses the Friedrich-Hinkel-Archive representing the most comprehensive archive of the archaeology of the ancient Sudan. The digitization and transformation of the archive’s holdings into a virtual and public research centre is another important part of the cooperation of these institutions funded by Qatar.

<
Pyramid of Queen Khennuwa at the royal necropolis at Meroe
P. Wolf/DAI
None

<
Pyramid of Queen Khennuwa at the royal necropolis at Meroe
P. Wolf/DAI
None

Pyramid of Queen Khennuwa at the royal necropolis at Meroe 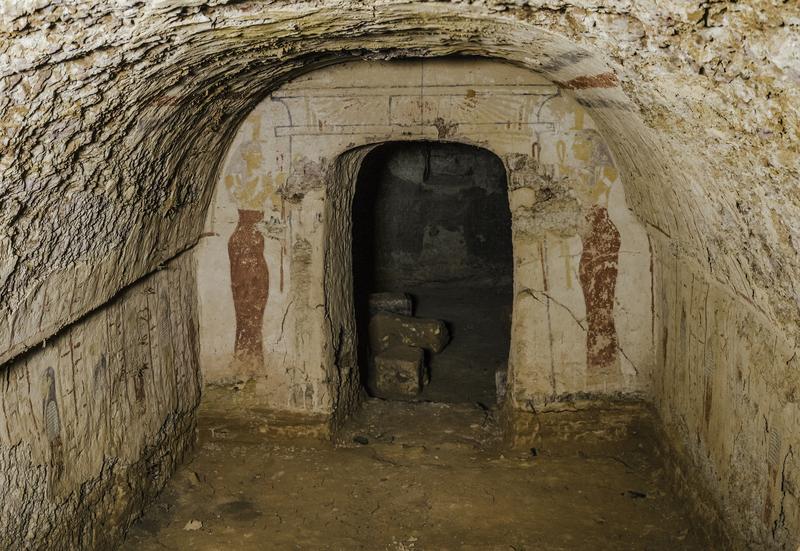 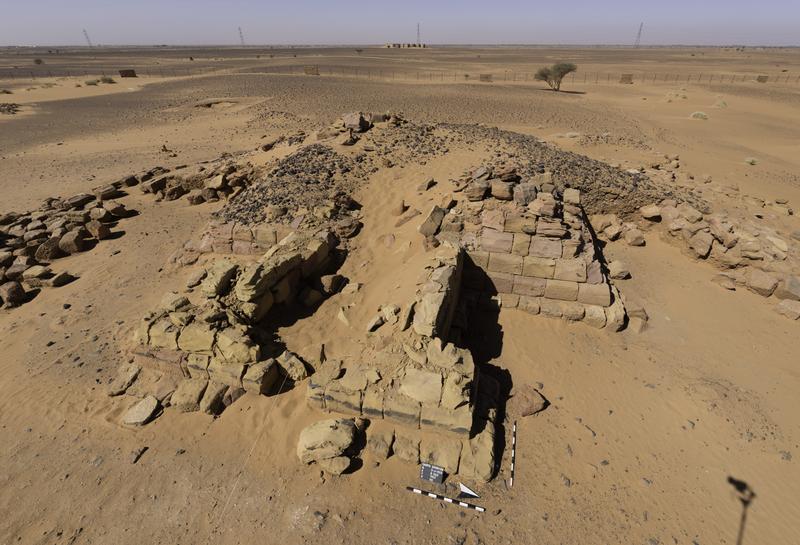