Language technologists have created the basis for a new kind of realistic communication in computer games. The Dialog Box supports collaboration and interaction between players speaking different languages. Using a space adventure game as a model, the research team led by Dietrich Klakow at Saarland University has developed the Dialog Box in cooperation with other project partners. Players can pose intuitive questions to the computer, issue commands and receive information. The Dialog Box acts as a mediating agent that enables the computer to understand spoken words and to manage the mission by linking the game being played by German-, French- and English-speaking players.

In a space station that is clearly in deep trouble, Player One wakes from his cryogenic sleep. According to ‘Uri’, the all-knowing onboard computer, the oxygen level is sinking fast. Uri, short for ‘User recognition interface’, helps the player to locate and identify the source of the problem, to solve it, and thus save the station and its crew. And it all happens without a joystick or a mouse, simply by using spoken questions and commands. Uri provides detailed answers in a pleasant voice and in the same language as that spoken by the player. By executing the spoken commands it receives, Uri brings Player One into contact with the other members of the crew. The crew members then work as a team to repair the station, with each team member speaking to Uri in their own language.

‘For our showcase application “Sonar Silence”, which is the name our model game goes by, we’ve created a novel architecture for dialogue systems. The new architecture can be quickly and easily integrated into computer games, but can also be used for other multilingual conversational applications in which several people work collaboratively to solve a problem,” explains Professor Dietrich Klakow. The computational linguist from Saarland University was part of the Dialog Box project in which he and his team worked together with the Austrian games company and project coordinator Mi'pu'mi Games, the Idiap Research Institute, the Swiss company Koemei, the Belgian company Acapela and the German firm Sikom Software.

The Dialog Box multilingual agent supports the players by using higher-level knowledge to coordinate the overall game. By sharing important information among the different players, the individual games can be merged seamlessly into a single game. The Dialog Box understands and speaks the languages German, English and French. ‘Training the system in other languages is not a problem,’ says computer linguist Anna Schmidt, a PhD student in Klakow’s research group and recipient of a Google Anita Borg Memorial Scholarship.

The Saarbrücken language technologists developed the automatic language understanding module for the Dialog Box. Specifically, they taught the computer to understand the players and the situations that the players find themselves in during the game. As a result, Uri knows what an airlock is and can draw appropriate conclusions regarding it, such as whether the airlock is open or closed. To achieve this, the research team put together a vast array of data and information regarding context, environment and background. ‘We used a prototype to determine the typical questions asked, which involved carrying out tests with volunteers,’ explains Thomas Kleinbauer, a researcher in Dietrich Klakow’s group and a research scientist within the Cluster of Excellence ‘Multimodal Computing and Interaction’. Everything was then transcribed and translated so that it could be understood by the computer. The researchers were able to build on the results obtained in earlier projects. With this knowledge base available, Uri is in a position to understand questions and commands, recognize relationships and respond accordingly, for example by opening an airlock when requested.

The research group led by Dietrich Klakow is working on numerous other projects to expand and improve automatic language understanding systems. The group has already received a number of awards for its work, including a Google Research Award for Professor Klakow.

Background:
The conversational interaction with computers that is possible today has been decisively influenced by the work of computer linguists in Saarbrücken. Saarland University’s Saarbrücken campus is one of the major centres of language technology. Many of the threads linking international research projects in the field of language technology converge in Saarbrücken. A new collaborative research centre is examining the role of information density in language use. One of the goals of the Saarbrücken-based Cluster of Excellence ‘Multimodal Computing and Interaction’ (MMCI) is to construct computer systems that enable users to interact with them in a manner similar to how humans interact with one another. The computer linguists work closely with the German Research Center for Artificial Intelligence and the two Max Planck Institutes for Informatics and for Software Systems, all of which are located on the Saarbrücken campus.

Project funding is provided by the EU EUREKA programme
https://www.eurostars-eureka.eu/project//id/7152

Press photographs are available at http://www.uni-saarland.de/Pressefotos and can be used free of charge. Please read and comply with the conditions of use.

<
Dietrich Klakow (l.), Thomas Kleinbauer and Anna Schmidt have, together with partners, developed a d ...
Credit: Iris Maurer
None 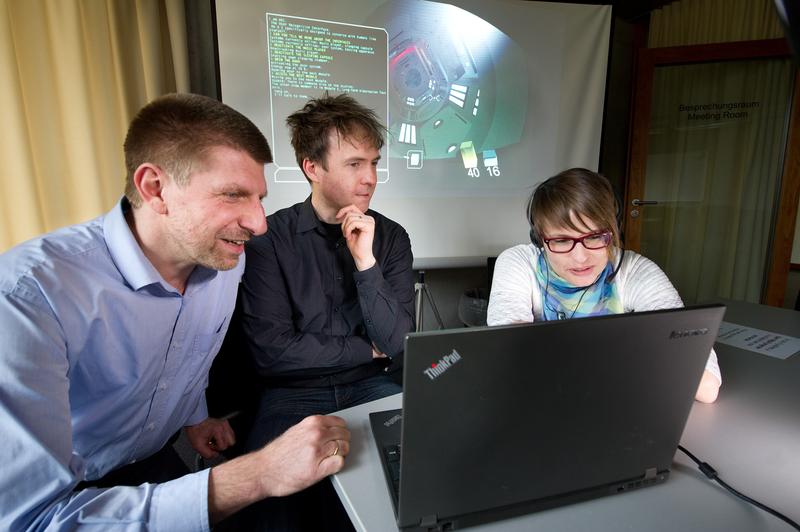 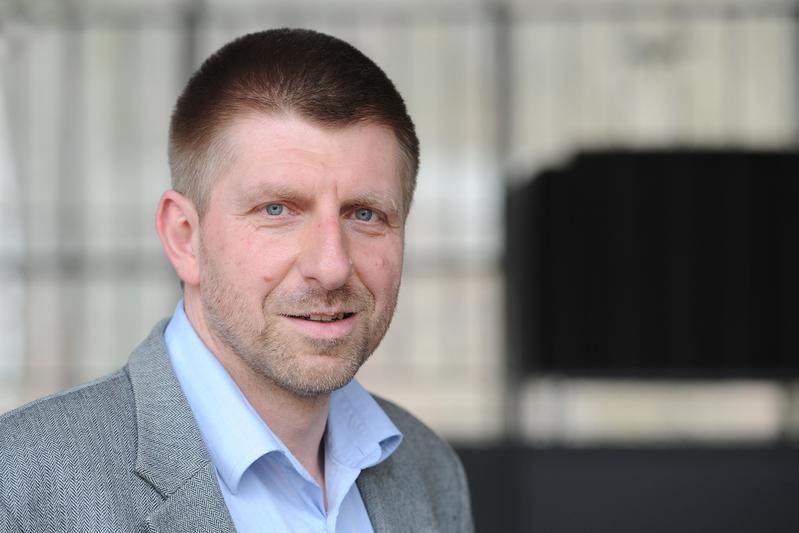