Dangerous flight into the wind farm

Wind turbines attract bats. They seem to appear particularly appealing to female noctule bats in early summer. In a pilot study, researchers of the German Leibniz Institute for Zoo and Wildlife Research in Berlin noticed this when they tracked the flight paths of noctule bats, Nyctalus noctula, using the latest GPS tracking devices . The bats managed to take even seasoned experts by surprise.

The motive behind the study is the conflict between the exploitation of wind energy and the conservation of the protected bats. The German so-called ‘Energiewende’, the full transition from conventional to renewable energy sources, causes a steady increase in the number of wind power facilities (wind farms). This expansion of wind power production throughout Germany is also likely to drastically increase the total number of bat fatalities at wind turbines. There appears to be therefore a conflict between the development of renewable energy sources and the conservation of endangered and legally protected bats; a so-called green-green dilemma. According to expert estimates, about 250,000 of bats sailing through the night sky are currently dying at wind turbines every year as long as turbines are operated without mitigation measures. The cause of bat death is either a direct collision with the rotor blades of turbines or a barotrauma caused by abrupt air pressure changes in the tailwind vortices associated with the moving rotor blades. These abrupt air pressure changes shred the inner organs of bats and kill them instantly. Seventy percent of the bats slain by German wind farms are migrating bat species. Noctule bats (Nyctalus noctula) are among these migrating bat species. They are also among the largest bats flying in the night skies of Europe.
How do bats interact with wind farm facilities? Where do bats prefer to hunt their favorite insect prey? What distances do bats fly during the hunt for prey? How high do they fly anyway? To answer these questions, the research group working with Christian Voigt fitted adult noctule bats with miniaturised GPS data loggers. As a test area, the researchers selected a patch of forest in Brandenburg, east Germany. Cultivated land and several wind parks surround this forest patch.

The result: In the early days of summer, female bats seem to be virtually fixated on the giant wind farms. The majority of female bats even crossed the wind parks.
Christian Voigt suspects the following: "One explanation considers the fact that bats make their homes in trees. In early summer, having just finished raising their pups, the female bats take off looking for new homes and hunting grounds. Conceivably, the bats mistake the wind farm constructions for large dead trees, ideal for serving as bat homes. Our American colleagues have suspected this to be the case for North American bat species already. By contrast, male bats generally avoided the wind park facilities and continued to commute between their headquarters and hunting grounds without much variation. These male bats had no reason to venture out. They had already established their quarters earlier in the year."

In general, the bats left their quarters about 30 minutes after sunset. Female bats flew longer and expanded their hunting grounds to a much larger area than the male bats. The researchers were surprised by the long distances the bats flew on their hunts. On average, female bats spent 1.5 hours in the air and covered almost 30 kilometers during their hunt. The average hunting time for males was only 1.0 hour. In this time, they covered only 15 kilometers.

A few individual bats flew up to 250 meters high. However, the hunting excursions of 95 percent of the bats covered only heights between 0 and 140 meters above ground. This is risky business for the bats because in most wind farms, the turbine rotors turn at heights between 70 and 130 meters!

The researchers also learnt that male bats prefer ‘bio-prey’. Their favorite hunting grounds were above or near organically grown crops. Male bats spent only 21 percent of their flight time above fields with conventionally grown crops. Females were a little less finicky but avoided forest areas. Both male and females frequently hunted near linear structures such as hedgerows or alleys.

The results are further evidence in favor of the idea that environmental goals and conversation goals are in principle compatible with each other. When searching for real estate for future wind parks, operators should exclude certain environments from consideration. These include meadows and pastures, cultivated areas with organic crops and areas close to rivers and lakes or areas with linear landscape elements. Before considering the installation of a wind farm, bat detector devices can indicate whether bats use the area as hunting ground. Such bat detectors listen in on the echolocation calls of bats and automatically record them. "According to legislation, the investor and operator who plan to establish some wind farm facility must test for the presence of bats. Alas, imposed regulations remain largely unheeded!" mentions Christian Voigt.

Small changes in the operation of existing wind farms would be sufficient to minimise bat fatalities and defuse the renewable energy – bat conservation conflict. Bats only rarely fly at temperatures below 10 °C and wind speeds above eight meters per second. This wind speed is close to the minimum where the net energy production of a wind turbine starts. Operating the turbines only at wind speeds above eight meters per second would cause less than one percent loss in terms of electricity generated, a minute loss for the operator. The required technology for adjusting the operation of wind turbines in this manner already exists and is readily available. It would therefore be no big deal to support bat conservation in addition to providing green energy. Why does it not happen more frequently? Christian Voigt ventures a guess: "Wind farms already carry the green stamp of renewable energy production. As a consequence, the operators feel that they made a sufficient contribution to environmental protection. However, it should be the objective of an intelligent ‘Energiewende’

to work sustainably in all areas. This should include both measures to alleviate climate change and the conservation of biological diversity. Climate protection and the conservation of species are compatible. It is quite simple to avoid sites with large bat populations and to institute the respective shutdown times in the operations of wind farms. This would drastically reduce bat fatalities around wind farms."

Bats are listed as protected species in Germany as well as in the entire EU. They are the only mammals capable of true active flight, and they play a very useful role in the environment. Bats in Europe live exclusively on insects. Aside from devouring heaps of menacing mosquitos, they also make short shrift of the legions of crunchy beetles and juicy caterpillars which would otherwise make a meal out of every ear of corn and most vegetables in fields and gardens. "Bats are veritable service providers for ecosystems. Farmers should appreciate their contribution. They have to use far less insecticide as long as bats hunt for insects above their fields."

Every killed bat is sorely missed in the population because bats reproduce slowly. Not only local populations but also those of migrating bats shrink in size if there are too many bat fatalities around wind farms. The fatality rates are particularly devastating for bat species on their way from northeast Europe, where they reproduce, to southern and western Europe via Germany, where they hibernate during the winter months. 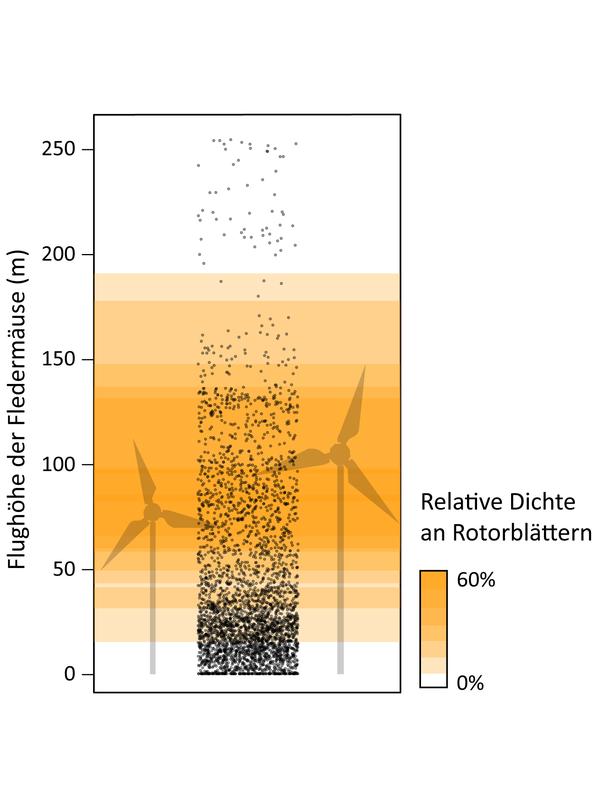 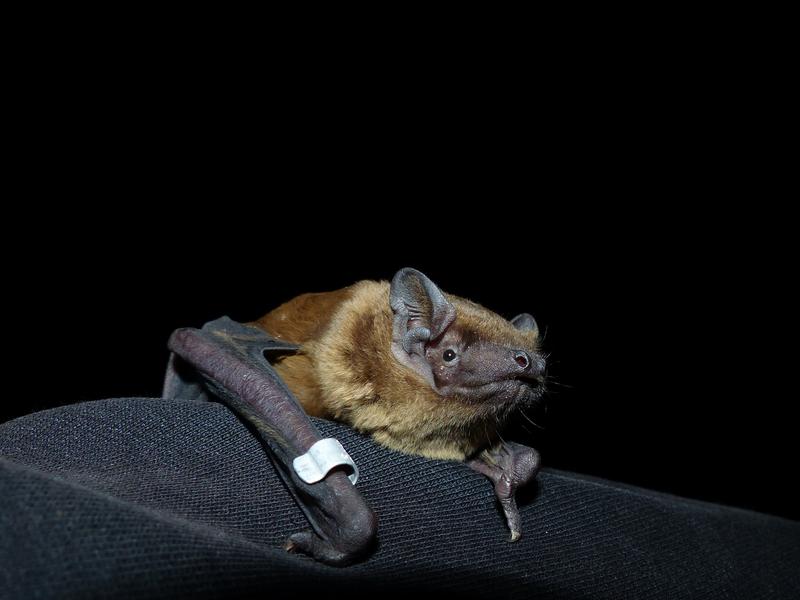