It was an expedition straight out of an adventure novel. A team of researchers led by the scientist Dr. Stefan T. Hertwig from the Naturhistorisches Museum Bern explored a remote plateau on the island of Borneo, only to discover, in this isolated mountain region, an unknown and unusually dainty species of toad.

At the beginning of the 20th century, an expedition team led by Professor Challenger set off on a daring and arduous journey to a secluded South American plateau. Halfway into their adventure, the unsuspecting explorers had a highly unexpected encounter, finding themselves face to face with a group of living dinosaurs. The unique conditions of their isolated habitat had enabled the creatures to survive extinction.

This, at least, is what happens in Sir Arthur Conan Doyle's "The Lost World". Now, over a hundred years after the appearance of that legendary adventure story, Dr. Stefan T. Hertwig and his team have released, under the same title, a publication which details the results of a not dissimilar expedition. Hertwig and his team of explorers also climbed to a remote plateau, although unlike in the novel, the Usun Apau Plateau is on Borneo. And while the scientists didn't encounter dinosaurs in the secluded mountain region, they did find an undescribed species of toad.

Dainty and delicate
The new species, which belongs to the family of stream toads, has been named Ansonia teneritas due to its slender and delicate build (tener is Latin for dainty). Like the dinosaurs in Conan Doyle's novel, it lives in an isolated habitat on an elevated plateau. Its eyes are reddish orange, its body less than 25 millimetres long, and in terms of external appearance it differs very little from existing species of stream frog. However, genetic analyses at the Naturhistorisches Museum Bern have shown that this is a hitherto unknown species.

Ansonia teneritaslives in fast-flowing mountain streams with rocky bottoms - and apparently nowhere else. It is possible that these extremely specialised habitat needs are the reason it has only been found in two places on Borneo to date. For Hertwig's team, the discovery of Ansonia teneritas is another sign that Borneo's biodiversity is unimaginably vast, and that there is still a huge amount we don't know about it. On the expedition, the team collected a whole range of specimens which are now stored in the Museum's collection. It is likely that future investigations of the material will reveal other new species.

It takes a lot of frogs to come up with a prince
During the expedition itself, the scientists had little way of telling whether they had indeed found a new species - a "prince" among their frogs (and toads). It would take scientific analyses back at the Museum to establish whether the animals they had collected could actually be differentiated from species already described.

Borneo is an incredibly species-rich area - a "biodiversity hotspot". However, this diversity is under acute threat, meaning that it is a race against time to describe new species before they disappear. As rainforest is cleared, often to make way for oil palm plantations, the natural habitat of many frogs is rapidly being destroyed. The aim of the Frogs of Borneo project, a long-term undertaking, is to scientifically describe as many species and their habitats as possible so that specific measures can be taken to protect them.

Despite modern techniques of analysis, research in the field remains as adventurous as in Professor Challenger's day. The explorers spent up to eight hours every night hacking their way through the undergrowth, carving out paths with machetes. On this particular expedition to the Usun Apau Plateau, the team actually ran out of food. Following unsuccessful attempts to catch something to eat, they had no choice but to take to their hammocks hungry. What might have happened if dinosaurs had survived on this remote and isolated plateau after all?

- The Frogs of Borneo project is a collaborative project involving the Naturhistorisches Museum Bern and the universities of Bern, Hamburg and Kuching, Malaysia.
- The project has been underway since 2001, conducting the biodiversity research essential for species conservation. 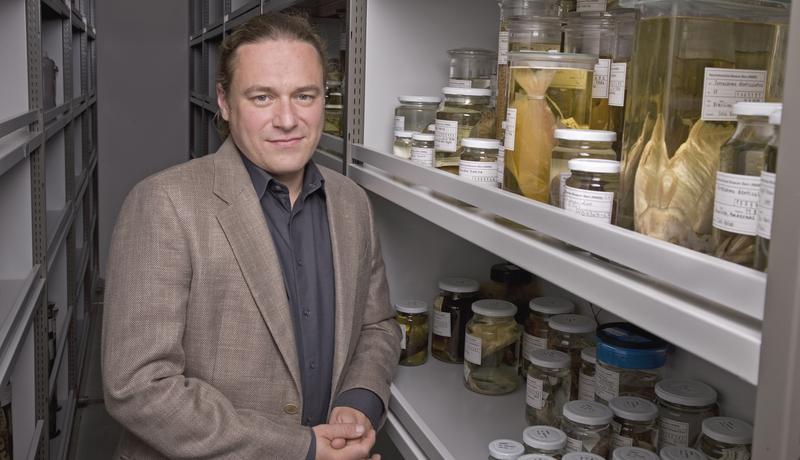 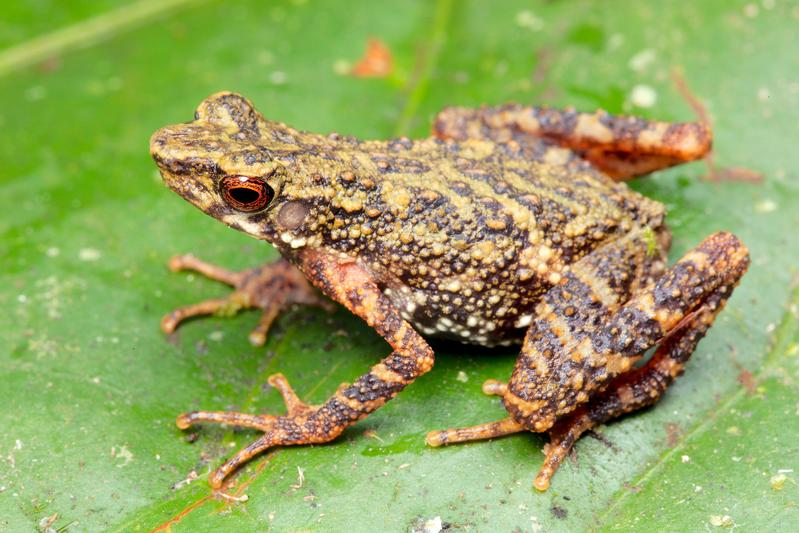