When on the 26th of April, FC Bayern München and Borussia Dortmund confront each other, a great many football enthusiasts will watch the semi-final of the DFB (German Football Association) cup together. Experience shows that after such a game, fans will remember it differently - that is, in favor of their own team. At what point does this distortion actually begin? Do fans of rival teams in fact see the game differently or does this distortion come later when the fans look back on the game? Researchers at the University of Tübingen, PD Dr Markus Huff, and at the Leibniz-Institut für Wissenmedien (IWM), Prof. Dr. Stephan Schwan, have found an answer to this question.

Tübingen, 24 April 2017. Up to now, research has shown that after a game fans have a distorted memory of it in favor of their own team. The question whether the fans in fact see the game differently remains unanswered. In other words, what is more reliable: human perception or memory? To answer this question, Markus Huff’s and Stephan Schwan’s work groups took the Champions League final game between Bayern München and Borussia Dortmund as an opportunity to examine the perception process of the football fans during the game. “The Champions League final game was a unique opportunity to examine these processes. In an international final, two German teams confronted each other. The confrontations with these two rivals are always extremely emotional as reflected in the media coverage prior to the game,” according to Markus Huff.
In a laboratory environment, 58 football fans – 33 for Dortmund and 25 for Bayern – watched the final live, the aim being to examine the entire perception process. While all of the fans were tested for memory after the game, for 21 fans it was possible to record eye movements during the game to pursue the hypothesis whether the fan-based distortion emerges very early, that is, already when watching the game.
The results of this study are clear. The perception processes were the same during the game – the eye-movements of both groups of fans were identical. However, the fans’ memories were biased towards their own team, as their own teams supposedly gained more ball possessions and the opposite team supposedly fewer.
The procedure of this study differs fundamentally from previous research approaches, which investigate the psychological processes almost exclusively in a laboratory. “This is the first study that has examined the perception and memory of authentic fans during a live broadcast, using methods specifically developed for this experiment,” according to Markus Huff. The study made it therefore possible, on the one hand, for the process of reception to be captured directly, independent of, for example, subsequent reporting. On the other hand, in this study, it was possible to examine eye movement and memory processes together in order to be able to reach reliable conclusions about the complete process of human information processing.
The study therefore shows that human perception is more reliable than assumed. Even passionately perceived events that are distorted in memory are nevertheless perceived neutrally.
The results of this study have been published recently in the journal “Scientific Reports”.

The Leibniz Association
The Leibniz Association connects 91 independent research institutions that range in focus from the natural, engineering and environmental sciences via economics, spatial, and social sciences to the humanities. Leibniz Institutes address issues of social, economic, and ecological relevance. They conduct knowledge-driven and applied basic research, maintain scientific infrastructure and provide research-based services.
The Leibniz Association identifies focus areas for knowledge transfer to policy-makers, academia, business, and the public. Leibniz institutions collaborate intensively with universities – in the form of “Leibniz ScienceCampi” (thematic partnerships between university and non-university research institutes), for example – as well as with industry and other partners at home and abroad.
They are subject to an independent evaluation procedure that is unparalleled in its transparency. Due to the importance of the institutions for the country as a whole, they are funded jointly by the Federation and the Länder, employing some 18,600 individuals, including 9,500 researchers. The entire budget of all the institutes is approximately 1.7 billion Euros. 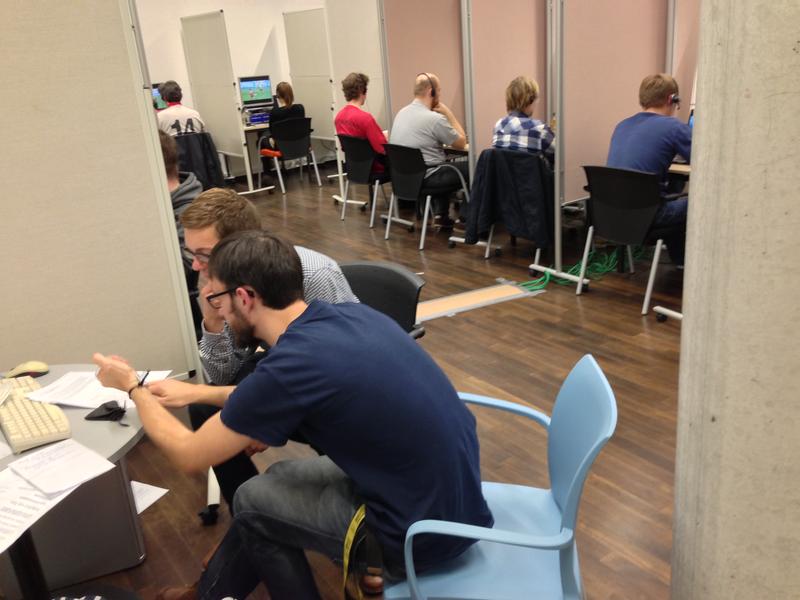