Home > Press release: Interplay of light and matter - A ...

Interplay of light and matter - A “perfect” attosecond experiment

Novel experiments using ultrafast pulses are currently revolutionizing laser physics research. They deliver unprecedented insights into matter – into the structure and dynamics of electrons in atoms, molecules and in condensed phases. Using what is known as an attosecond experiment, physicists at Waseda University in Japan, the National Research Council in Canada and the Max Born Institute for Nonlinear Optics and Short Pulse Spectroscopy (MBI) in Berlin have managed to completely measure and describe the quantum-mechanical wave function of an ionized electron. The results have now been published in “Science”.

An attosecond is one quintillionth of a second, roughly equivalent to the relationship between one second and the age of the universe. Attosecond light pulses can profoundly change the states of matter. By using attosecond light pulses, electrons can be excited to a higher energy level (a higher orbital), which is characterized by a series of quantum numbers that describe the energy of the excited electron, the rotation of the electron around the core of the atom and its spin. If the energy that is transferred from the attosecond pulse to the atom is high enough, the electron can even ionize – which means that it leaves the atom and flies off, for example towards a detector.

“Attosecond research is still in its infancy,” says Professor Dr Marc Vrakking, MBI Director and co-author of the publication. “It’s only because of very recent developments in laser technology that experiments of this kind have become possible. Attosecond experiments allow us to comprehensively measure the changes that the absorption of light bring about in matter. Our results make an important contribution to fundamental research in quantum physics.”

Electrons are elementary particles that make electricity possible. Ionization, for example, is the basis for the operation of solar cells. Sun light releases electrons in silicon, generates a current flow. The current experiment used laser pulses to release electrons from atoms, and to measure and describe how this changed the state of the atom and the electron. Lasers are also essential tools for storing and transmitting information in measurement technology, in medical diagnostics and in modern production technology, from shipbuilding and aircraft construction to computer chips.

Please find attached images and a summary of the research results. 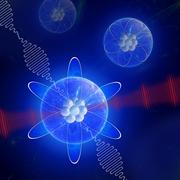 <
Quantum-mechanical wave function of an ionized electron
MBI Berlin
None

<
Quantum-mechanical wave function of an ionized electron
MBI Berlin
None 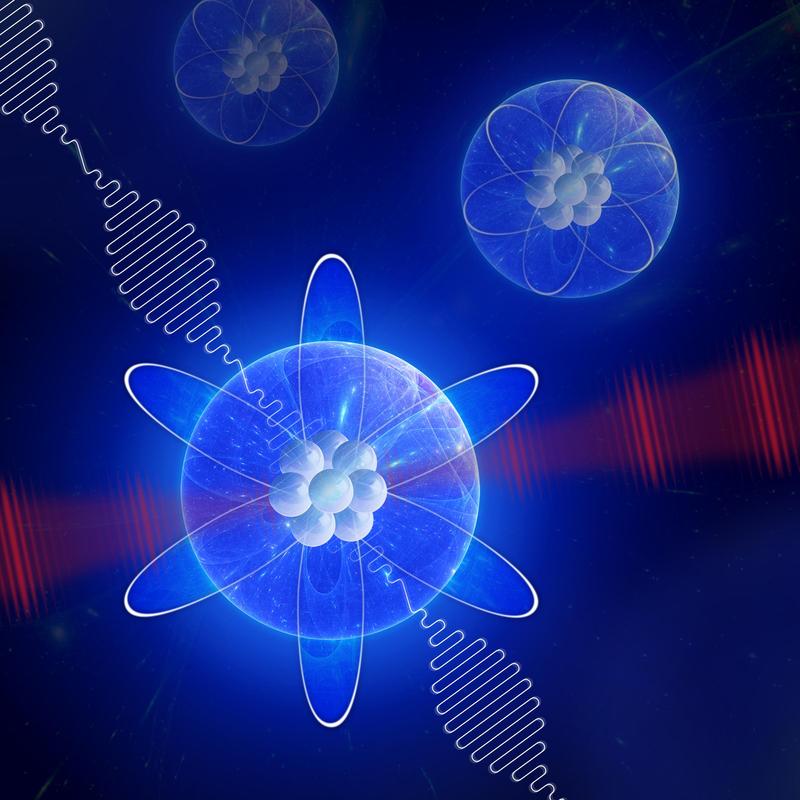 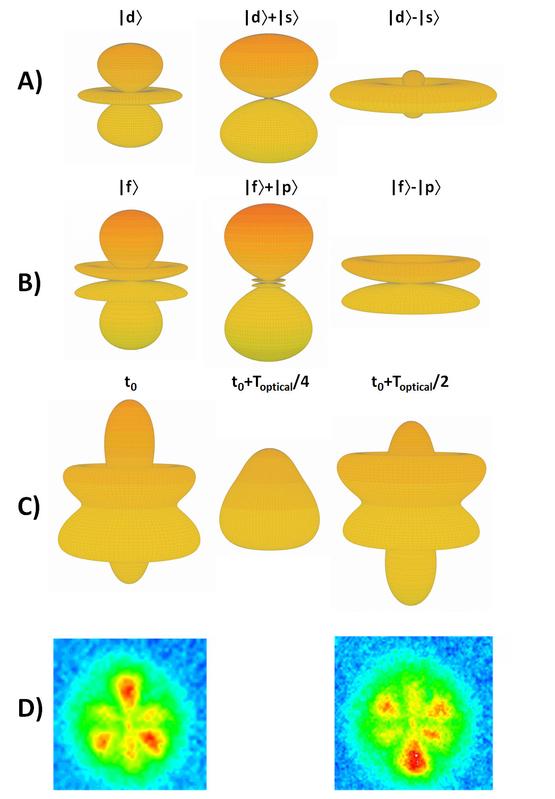