Home > Press release: Amphipods of the Baltic Sea in focus– ...

Anja and Michael Zettler from the Leibniz Institute for Baltic Sea Research Warnemünde (IOW) are the authors of the recently published 83th volume of book series “Die Tierwelt Deutschlands” (“Fauna of Germany”). The two macrozoobenthos experts complemented the extensive encyclopaedia, which was established in 1925 by zoologist Friedrich Dahl, with an English-language monograph on Baltic Sea amphipods. It covers a total of 243 species, which are morphologically characterised down to the last detail, and also contains notes on their ecology and behaviour. The book therefore is a valuable tool for the monitoring of indicator species, which allow inferences about certain habitat conditions.

Amphipods inhabit a diverse range of marine and freshwater habitat types, yet the majority of them are benthic or littoral life forms. The brackish Baltic Sea with its pronounced salinity gradient of high salt concentrations in the West and low salt concentrations in the North-East accommodates both, marine and freshwater species of this group. As amphipods frequently occur in high densities, they are an important food source for fishes, birds, mammals and many other animal types. Furthermore, they very often are detritivores or scavengers and thus nutrient recyclers – another vital role they play in the foodweb of their respective environments. Therefore, amphipods are immensely interesting study objects for a wide range of ecological and other scientific investigations, which necessitate a reliable identification of specimens collected in the field.

The book “Marine and freshwater Amphipoda from the Baltic Sea and adjacent territories”, now presented by Anja and Michael Zettler, for the first time combines in one field guide all 190 marine and 53 freshwater species ever detected in the Baltic Sea and its catchment area (including all tributaries of all nine Baltic littoral states). It thereby also takes into account all those species, which so far have been regarded as alien species but are expected to become well-established Baltic Sea residents due to species shifts driven by environmental changes such as climate change. About 4000 highly detailed individual plates illustrate this large species inventory. Moreover, volume 83 of “Die Tierwelt Deutschlands” contains quite a few amphipod species that never before have been extensively described and illustrated. All these aspects make the book a valuable key publication for an international specialist audience, which enables experts to look up all relevant Baltic Sea amphipods in one book instead of having to consult several guides on this animal group.

The monograph is a worthy continuation of the book series established by Friedrich Dahl (1856 – 1929), which has a long-standing tradition of more than nine decades and aims not only at a comprehensive representation of the “fauna of Germany and its adjacent marine waters according to their characteristic features and their behaviour” (translation of the original title), but also at the scientifically sensible characterisation of animal groups across state borders. Primarily, the monographs of the series are highly accurate field guides. As they usually also contain information on the ecology of the described species, researchers appreciate the books as an excellent basis not only for taxonomic classification but also for the assessment of the ecological niche of field specimens and their possible reaction to environmental changes. The first volume was published in 1925 by the publishing house of Gustav Fischer in Jena; after its dissolution in 2008 the series is being continued by the publishers Goecke & Evers as well as ConchBooks.

IOW is a member of the Leibniz Association with currently 91 research institutes and scientific infrastructure facilities. The focus of the Leibniz Institutes ranges from natural, engineering and environmental sciences to economic, social and space sciences as well as to the humanities. The institutes are jointly financed at the state and national levels. The Leibniz Institutes employ a total of 18.100 people, of whom 9.200 are scientists. The total budget of the institutes is 1.6 billion Euros. (http://www.leibniz-association.eu)

<
The new amphipod monograph for the first time combines in one field guide all 190 marine and 53 fres ...
IOW / K. Beck
None

The new amphipod monograph for the first time combines in one field guide all 190 marine and 53 freshwater species ever detected in the Baltic Sea and its catchment area. 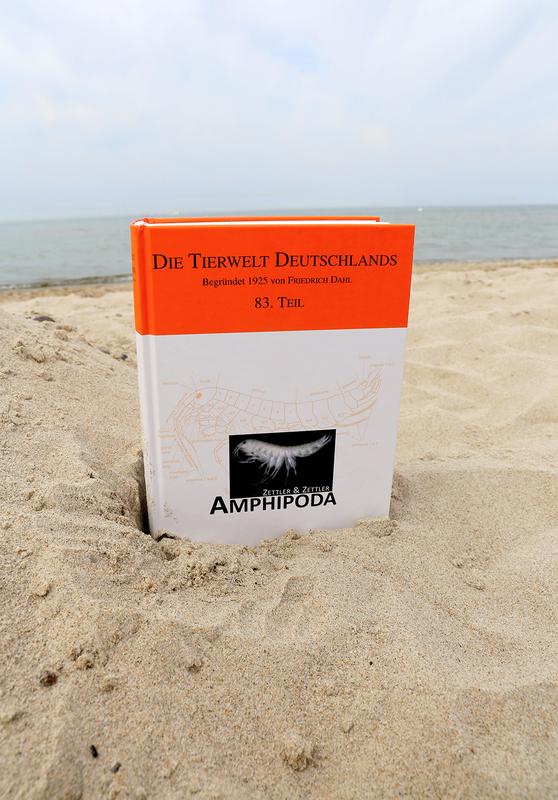 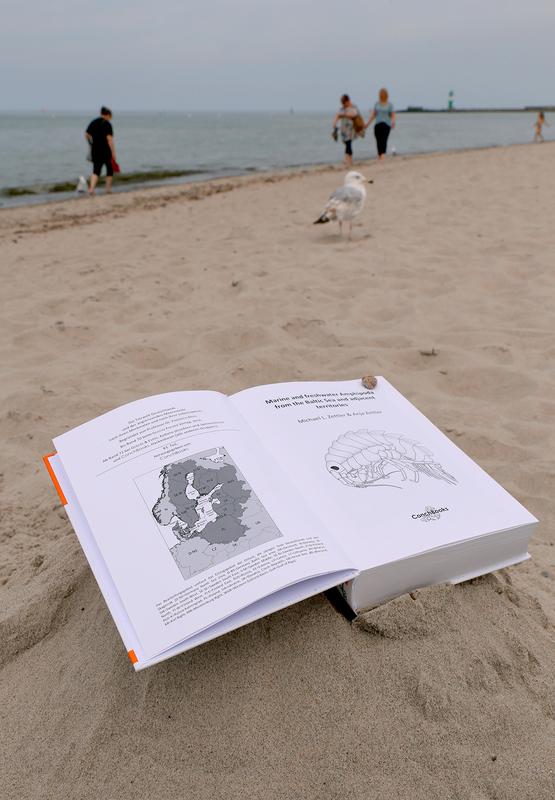