How can xenophobia be reduced and altruism strengthened? Researchers at University Hospital Bonn have shown in a new study that the bonding hormone oxytocin together with social norms significantly increases the willingness to donate money to refugees in need, even in people who tend to have a skeptical attitude towards migrants. The results are published in the Proceedings of the National Academy of Sciences (PNAS).

We tend to be more altruistic to our own family and friends than to perfect strangers. The recent migration of Middle Eastern refugees into European societies has further magnified the issue, with a large divide in society between people who do and do not support the refugees. “This is partly due to evolution: Only through solidarity and cooperation within one’s own group was it possible to raise children and survive when competing against unknown and rivaling groups for scarce resources in pre-civilized times,” explains Prof. Rene Hurlemann from the Department of Psychiatry, University of Bonn Medical Center. However, this is diametrically opposed to the parable of the Good Samaritan, which serves as an example of selfless altruism by describing a Samaritan who incurs personal costs to help a stranger in need. “From a neurobiological perspective, the basis of xenophobia and altruism is not yet precisely understood,” says Hurlemann.

Under the psychiatrist’s supervision, a team of researchers at the University of Bonn, the Laureate Institute for Brain Research in Tulsa (USA), and the University of Lübeck conducted three experiments in which they tested a total of 183 subjects, who were all German natives. In the Laboratory for Experimental Economics (BonnEconLab) at the University of Bonn, they completed a donation task on a computer. The donation task included 50 authentic case vignettes describing the personal needs of poor people, 25 of which were portrayed as local people in need, while the other 25 people were portrayed as refugees.

With an endowment of 50 euros, the participants could decide for each individual case whether they wanted to donate a sum between zero and one euro. The test subjects were allowed to keep any money that was not donated. “We were surprised that the participants in the first experiment donated around 20 percent more to refugees than to local people in need,” says Nina Marsh from Prof. Hurlemann’s team.

Questionnaire on attitude towards migrants

In another independent experiment involving over 100 participants, the subjects’ personal attitudes towards refugees were assessed in a questionnaire. Then half of the group received the bonding hormone oxytocin via a nasal spray, while the other half of the group received a placebo before they were exposed to the donation task established in the first experiment: again the participants decided how much of their 50 euros they wanted to donate to locals or refugees.

Under the influence of oxytocin, the individuals who tended to show a positive attitude towards refugees doubled their donations to both the locals and the refugees. However, oxytocin had no effect in individuals who expressed a rather defensive attitude towards migrants: In those participants, the tendency to donate was very low to locals and refugees alike. “Oxytocin clearly increases generosity towards those in need, however, if this altruistic fundamental attitude is missing, the hormone alone cannot create it,” says Hurlemann.

How can people who tend to have a xenophobic attitude be motivated to be more altruistic? The researchers assumed that the addition of social norms could be a starting point. In a third experiment, they thus presented the participants with the average donation their peers made in the first experiment under each case vignette. Half of the participants once again received oxytocin. The result was astounding. “Now, even people with negative attitudes towards migrants donated up to 74 percent more to refugees than in the previous round,” reports Nina Marsh. Through the combined administration of oxytocin with a social norm, the donations for refugees in those skeptical towards migrants nearly reached half of the sums donated by the group, which showed a positive attitude towards refugees.

What conclusions can be drawn from these results? It appears that pairing oxytocin with a social norm can help counter the effects of xenophobia by enhancing altruistic behavior toward refugees. “The combined enhancement of oxytocin and peer influence could diminish selfish motives,” says Hurlemann. If people whom we trust, such as supervisors, neighbors or friends, act as a role model by making public their positive attitude towards refugees, more people would probably feel motivated to help. In such a prosocial context, oxytocin could increase trust and minimize anxiety – experience shows that the oxytocin level in the blood increases during social interaction and shared activities. “Given the right circumstances, oxytocin may help promote the acceptance and integration of migrants into Western cultures,” says Hurlemann. 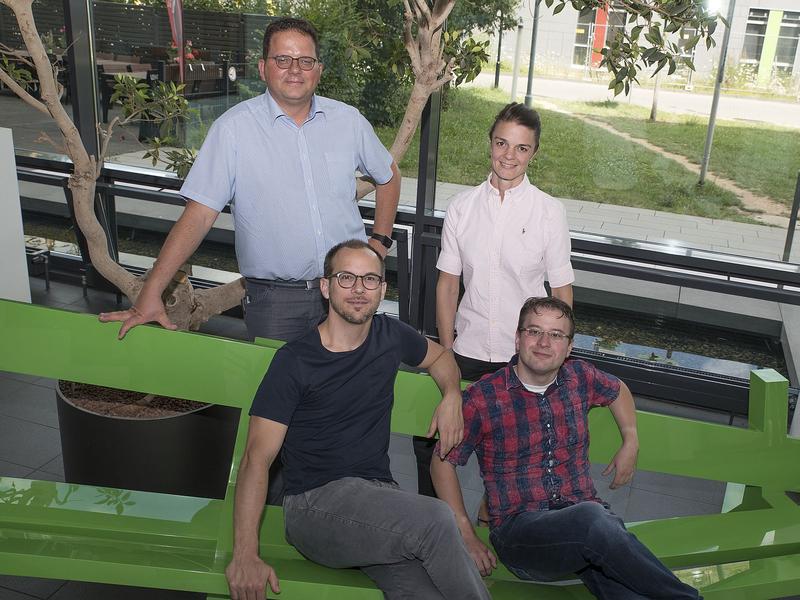