Home > Press release: When People Hear Voices from Beyond

When People Hear Voices from Beyond

A novel research project discovers reports of voices “from beyond” in many religions and cultures – new multi-media volume with texts, images, audio play and videos – interdisciplinary research at the Cluster of Excellence on the medium of the “voice”

Not just material for fantasy films: according to research findings, people have been concerned with “voices from the beyond” since antiquity until today in various works of art as well as life contexts. “Be it texts or images, radio or films: many works show that people from different eras and religions hear voices that they regard to be divine. They also speak to spiritual beings, for instance when exorcising demons. This connects this world with the afterworld,” says literary scholar Prof. Dr. Martina Wagner-Egelhaaf from the Cluster of Excellence “Religion and Politics” of Münster University in Germany. In a novel research project, she analysed the medium of the “voice” in Hinduism, Christianity, Islam and other religions with researchers from various subjects. The group’s results were published in a multi-media work called “Stimmen aus dem Jenseits / Voices from Beyond” in the series “Religion and Politics” edited by the Cluster of Excellence.

In addition to contributions by the authors involved in the project in German and English, the volume also contains the sources that were analysed: texts and images as well as audio samples and videos on an enclosed DVD. “For a book on the voice must be able to speak,” says Martina Wagner-Egelhaaf. “The book has many voices: the individual articles are written from the perspectives of different academic subjects and are commented on from the view of other academic subjects.” The sources range from the conversion story of Augustine and historical mourning rituals of Australian aborigines to the audio play “Die Zikaden” (The Cicadas) by Ingeborg Bachmann, a realization which, after years, has been made accessible again by the approval of the NDR, a German public radio and television broadcaster.

“The voice is a particularly complex medium: owing to its fleeting materiality and placelessness it can hardly be determined,” Prof. Wagner-Egelhaaf explains. “It seems to evade any discursive access.” In this interdisciplinary project, the academic has collaborated with a group of religious and literary scholars, ethnologists, theologians, historians and sociologists. In numerous sources, the group discovered human voices, which were raised during religious performance, as well as disembodied voices that were only heard, approaching the listener from outside, and which were often ascribed to gods or spirits. The voice that asks Augustine to read the Bible in his conversion report is part of this. The idea that sacred texts are revealed by god is also based on the concept of a voice that the writer hears: Christian art history depicts this for example by showing an angel and an evangelist together. Martina Wagner-Egelhaaf: “’Inner voices’ as well are perceived as a human link to a divine sphere, for instance like the idea of the ‘voice of the inner light’ that was developed by the group of Quakers in 17th century England.”

What effect human voices have in religious rituals is presented in the volume by referring to video recordings from the Muslim Sufi temple Bava Gor in India: pilgrims suffering from forms of possession bring the torturing demonic spirits into a dialogue with spirits of saints – using their own human voice. The power of the spirits is thought to defeat the demons, ethnologist Prof. Dr. Helene Basu explains. Researchers present sermons of the Hindu guru Morari Bapu as a “religious soundscape”, in which the religious sense of togetherness and the experience of the individual does not arise from eye contact but from “ear-based social relation”.

In different religions, human voices occasionally interlace with those from the beyond. “Tutorial dialogues between a Hindu guru and his disciples create a relationship from human being to human being, at the same time that which is taught is considered to be originally divine,” scholar of religious studies Prof. Dr. Annette Wilke says. “The religious group of the ‘Chinmaya Mission’ sees this constant transfer of knowledge as an image of the river deity Gaṅgā, as a flowing river of masters enlightened by voices.” An interlacing of voices from the afterworld and this world is also described in a religious conversion report from the 19th century: words that a Saxonian schoolmaster travelling in the USA first perceived inwardly, made him convert to Mormonism when a missionary voiced these exact words at a later time.

Some articles of this book look further than the world religions. Using the example of radio voices and the audio drama “The Cicadas” (Die Zikaden) by Ingeborg Bachmann, it is shown how voices without a visible origin are ascribed to a metaphysical importance and a special authority even outside the world religions. Media scholars thus see a “particular affinity of the radio towards metaphysical materials”.

The book project is a result of the workgroup “Secularisation and sacralisation of media” at the Cluster of Excellence within the scope of the research field “Mediality”. The authors are literary scholars Prof. Dr. Martina Wagner-Egelhaaf and PD Dr. Christian Sieg, scholar of religious studies Prof. Dr. Annette Wilke, Catholic theologian Prof. Dr. Reinhard Hoeps, ethnologists Prof. Dr. Helene Basu and Mrinal Pande, historians PD Dr. Klaus Große Kracht, Dr. Felicity Jensz and Simon Rapple as well as sociologist Silke Müller. In the volume, they also reflect on the chances and limitations of interdisciplinary collaboration. (ill/vvm)

<
Cover "Stimmen aus dem Jenseits / Voices from Beyond
Ergon-Verlag
None 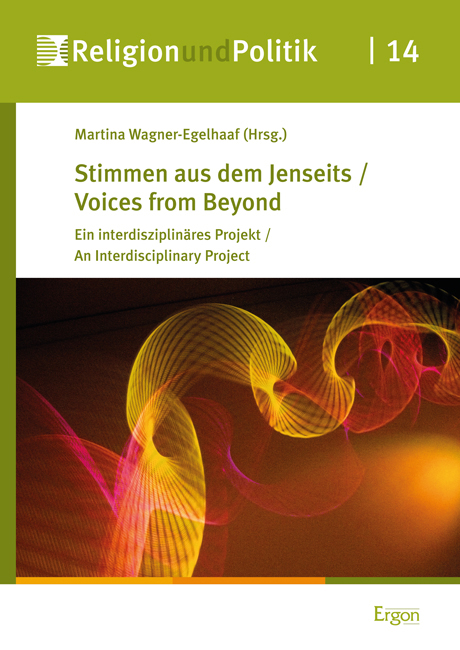 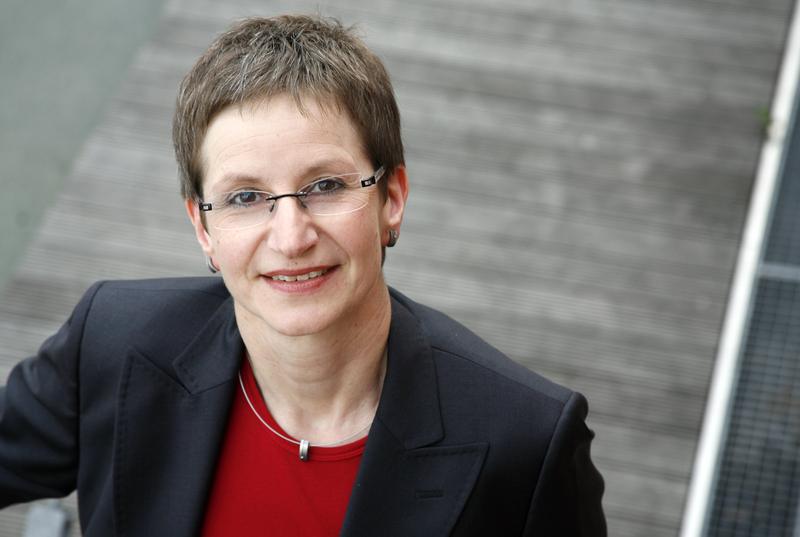