Madagascar is a famous hotspot of biodiversity. 319 species of frogs are officially known from this island off the East African coast. Recent studies have shown that at least 200 additional new species are still awaiting scientific description and naming. An international team has now described 26 new species of dwarf frogs (genus Stumpffia) in a single publication (Vertebrate Zoology 67: 271-398), some of them are among the smallest amphibians in the world.

"Although dwarf frogs can be locally abundant, they have been largely neglected for a long time and were often overlooked by scientists" says the Malagasy biologist Andolalao Rakotoarison who led the study at the Technical University of Braunschweig. "Only three species were recognized in the year 1991 and today there are 41 species!"

Most of these dwarf frogs reach a body length of 10-20 mm when adult. "One of the new species, Stumpffia contumelia, measures only 8-9 mm and is among the smallest amphibians in the world" says Frank Glaw from the Bavarian State Collection of Zoology at Munich.

Due to their extreme miniaturization many species show an extraordinary reduction of their fingers and toes. In some cases only a long middle finger is retained, reminding an insulting gesture -- which also ex-plains the species name Stumpffia obscoena.

The small Stumpffia species usually live hidden in the leaf litter of the rainforest of Madagascar and their biology is still poorly known. "Several species show parental care and build foam nests, where the tadpoles develop into froglets. But now we know that this reproductive mode is not universal and that jelly egg clutches can even be found in empty snail shells" says Jörn Köhler of the Hessisches Landesmuseum in Darmstadt.

"Its the combination of genetic, morphological and ethological studies which allowed us to identify and de-scribe so many new species" added Miguel Vences of the Technical University of Braunschweig.

"We have dedicated one of the new species (Stumpffia davidattenboroughi) to the famous natural history broadcaster Sir David Attenborough who has become an ambassador for threatened wildlife" explains An-gelica Crottini of the University of Porto. "This extremely rare species is so far known only from a single specimen."

Many of the newly described species have small distribution ranges and several might be threatened by extinction. The Malagasy government has greatly increased the number and surface of protected areas in the last years, and still continues to designate new nature reserves. Despite this positive development, the country still suffers from illegal slash-and-burn agriculture and illegal logging, threatening Madagascar’s unique biodiversity.

<
Like several other tiny Stumpffia species, S. contumelia displays an extraordinary reduction of the ...
Foto: Jörn Köhler
None

Like several other tiny Stumpffia species, S. contumelia displays an extraordinary reduction of the fingers. In this species, only one long finger is retained, reminding an insulting gesture. 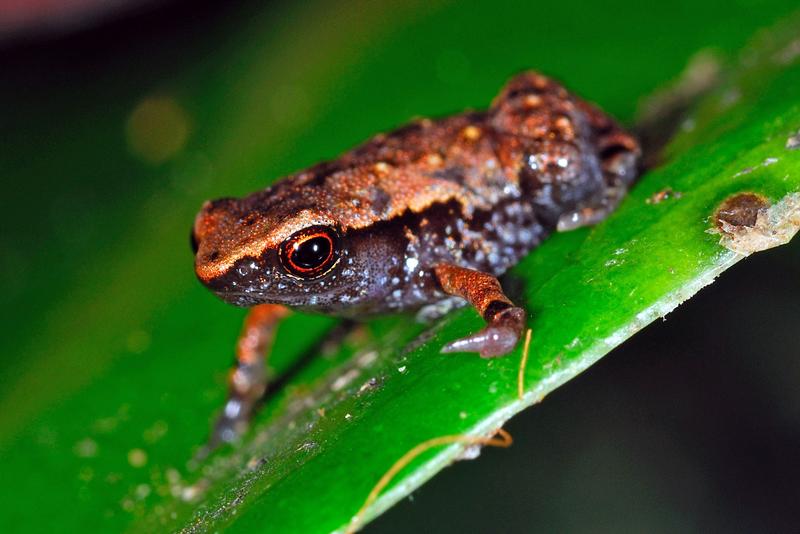 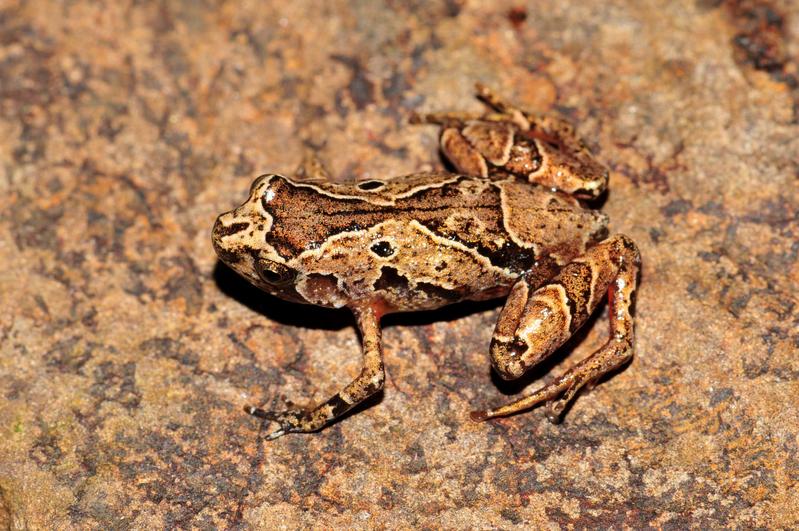