Significant effort has gone into engineering the long-sought magnetic monopoles. Now scientists have found them in an unexpected place, and revealed that they have been around for a long time.

The startling similarity between the physical laws describing electric phenomena and those describing magnetic phenomena has been known since the 19th century. However, one piece that would make the two perfectly symmetric was missing: magnetic monopoles. While magnetic monopoles in the form of elementary particles remain elusive, there have been some recent successes in engineering objects that behave effectively like magnetic monopoles. Now, scientists at the Institute of Science and Technology Austria (IST Austria) have shown that there is a much simpler way to observe such magnetic monopoles: they have demonstrated that superfluid helium droplets act as magnetic monopoles from the perspective of molecules that are immersed inside them. Such droplets have been studied for decades, but until now, this fascinating characteristic had gone entirely unnoticed.

When working with electric charge, it is easy to separate the positive and negative poles: the negatively charged electron represents a negative pole, the positively charged proton is the opposite (positive) pole, and each one is an individual particle that can be separated from the other. With magnets, it seemed that they always have two poles that are impossible to separate: cut a dipole magnet in half and you will end up with two dipole magnets, cut them again and you will just get even smaller dipole magnets, but you will not be able to separate the north from the south pole. Challenged by this puzzle, scientists put a great deal of effort into constructing systems that effectively act as magnetic monopoles—with success: certain crystal structures were made to behave like magnetic monopoles. But now, an interdisciplinary team comprising theoretical physicists and a mathematician have discovered that this phenomenon also occurs in molecular systems that do not need to be engineered for this purpose but which have been known of for a long time.

Nanometer-sized drops of superfluid helium with molecules immersed in them have been studied for several decades already, and it is one of the systems that Professor Mikhail Lemeshko and postdoc Enderalp Yakaboylu are particularly interested in. Previously, Professor Lemeshko proposed a new quasiparticle that drastically simplifies the mathematical description of such rotating molecules, and earlier this year he showed that this quasiparticle, the angulon, can explain observations that had been collected over 20 years. Enderalp Yakaboylu moreover used the angulon to predict previously unknown properties of these systems. The property in superfluid helium droplets that they now discovered, however, came unexpectedly—and only after they had exchanged ideas with mathematician Andreas Deuchert, who says: “It was a surprise to all of us to see this characteristic emerge in the equations.” At a strongly interdisciplinary institute like IST Austria, such collaborations are not unusual, and interaction between research groups of different fields is fostered.

“In the other experiments they engineered a system to become a monopole. Here, it is the other way round,” Enderalp Yakaboylu adds. “The system was well-known. People have been studying rotating molecules for a long time, and only after did we realize that the magnetic monopoles had been there the whole time. This is a completely different viewpoint.”

According to the researchers, the discovery opens up new possibilities for studying magnetic monopoles. In particular, the appearance of magnetic monopole in superfluid helium droplets is very different from the other, previously studied, systems. “The difference is that we are dealing with a chemical solvent. Our magnetic monopoles form in a fluid rather than in a solid crystal, and you can use this system to study magnetic monopoles more easily,” Professor Mikhail Lemeshko explains.

IST Austria
The Institute of Science and Technology (IST Austria) is a PhD granting research institution located in Klosterneuburg, 18 km from the center of Vienna, Austria. Inaugurated in 2009, the Institute is dedicated to basic research in the natural and mathematical sciences. IST Austria employs professors on a tenure-track system, postdoctoral fellows, and doctoral students. While dedicated to the principle of curiosity-driven research, the Institute owns the rights to all scientific discoveries and is committed to promote their use. The first president of IST Austria is Thomas A. Henzinger, a leading computer scientist and former professor at the University of California in Berkeley, USA, and the EPFL in Lausanne, Switzerland. The graduate school of IST Austria offers fully-funded PhD positions to highly qualified candidates with a bachelor’s or master’s degree in biology, neuroscience, mathematics, computer science, physics, and related areas. See www.ist.ac.at 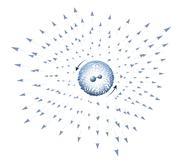 <
A superfluid helium droplet acts as a magnetic monopole.
IST Austria/Birgit Rieger
None

A superfluid helium droplet acts as a magnetic monopole. 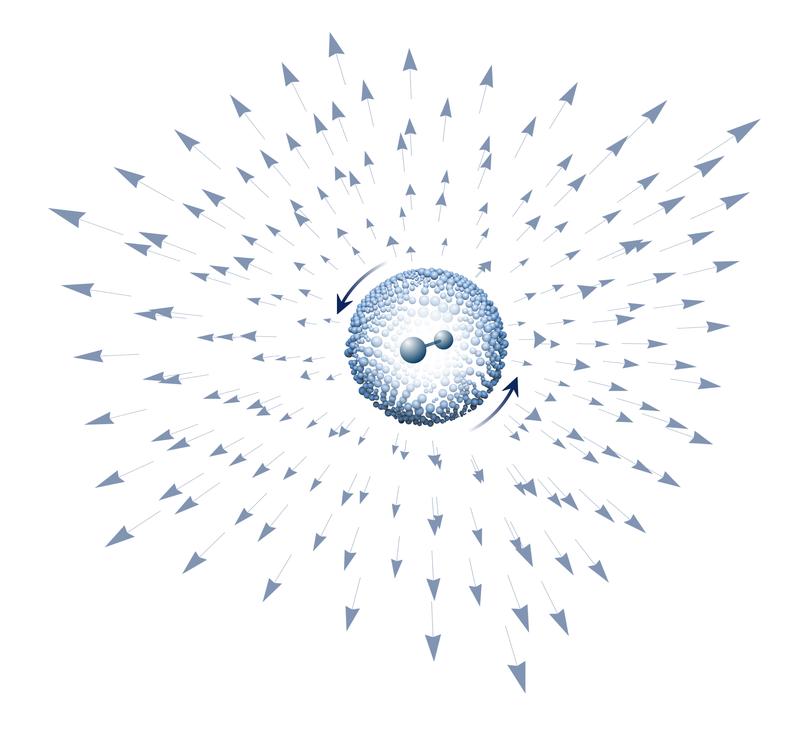