Fraunhofer HHI has put into operation, after several years of development, a volumetric video studio. Since that time, three professional commissioned productions have already been carried out in this studio. The studio, serves primarily as an experimental laboratory with the purpose to further develop the basic technology of “3D Human Body Reconstruction (3D HBR)” – an innovative procedure that enables a realistic authentic 3D image of moving persons in virtual worlds. The commercial use of the developed technology is therefore to be taken over, in the short term, by VoluCap GmbH (Volumetric Capture Studio Babelsberg GmbH) in Potsdam-Babelsberg.

The necessity to relocate the commercial production to a company is due in particular to the rapid market development of Virtual Reality (VR) and Augmented Reality (AR) and the high demand for volumetric video content resulting from this. The company formation enables the Fraunhofer HHI, as an institute for scientific research, to focus more intensively on the technical and scientific advancement of the HBR basic technology. VoluCap GmbH was founded by the shareholders ARRI Cine Technik GmbH & Co. KG, Fraunhofer-Gesellschaft, Interlake System GmbH, Studio Babelsberg AG and UFA GmbH. The studio there will be put into operation as the first commercial volumetric video studio on the European continent in mid-2018.

As early as November 2017, the first professional commissioned production was carried out in the studio of Fraunhofer HHI. It is part of the VR experience “Ein ganzes Leben” (A Whole Life), which premiered at the Deutsche Kinemathek, the film and television museum in Berlin, with the special exhibition “Die Ufa - Geschichte einer Marke” (Ufa - History of a Brand). Additional productions from the volumetric video studio at Fraunhofer HHI will be presented to the public in several talks and presentations at this year’s Berlinale.

The 3D Human Body Reconstruction technology captures real persons with multiple cameras at the same time and creates naturally moving dynamic 3D models, which can be observed from arbitrary viewpoints in the virtual scene. The HBR capture system consists of 16 stereo cameras that create 3D information from all different viewpoints around the person, similar to how humans perceive with their two eyes. This information is fused and transformed to a consistent, natural and dynamic 3D representation of the person.

Post-processing modules adapt the data structures and formats and allow direct integration in standardized post-production workflows for VR and AR applications. In contrast to classical animation of virtual characters, facial expressions as well as moving clothes are captured from video information and reconstructed at high geometrical detail and texture quality. This means that the maximum of naturalness of the visual impression is achieved and thus, the artificiality of avatars can be avoided. The complete workflow is fully automatic. Due to the standardized output format, further post-processing of the dynamic 3D model is possible.

Beyond the processing of dynamic 3D models, a novel integrated multi-camera and lighting system for full 360-degree acquisition of persons has been developed. The system enables a controlled, freely configurable and diffuse illumination of the persons, which allows both a subsequent synthetic illumination of the dynamic 3D-models in VR worlds (re-lighting), as well as a targeted dynamic scenic illumination with special lighting moods (campfire, blue light, etc.). 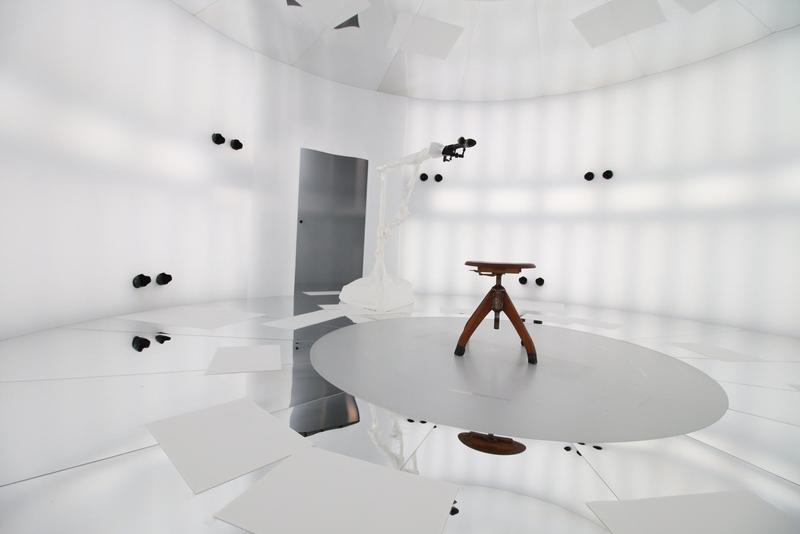