As breakwaters tropical coral reefs play an important role in coastal protection. For the local population, they form a natural barrier against storm waves and tsunamis and at the same time protect the coast from erosion. Researchers from Bremen, Australia and France have now studied the interplay between coral reefs and the monster waves off Tahiti and Moorea. Using new measurement data and calculations, they show how reef degradation and sea level rise can affect the height of the waves off these tropical islands in French Polynesia. The research results have just been published in the renowned scientific magazine Scientific Advances.

With its huge waves Tahiti has been attracting the world's best surfers since the 1960s. The famous "Teahupo' o", which can reach up to nine metres in height, is considered one of the most dangerous waves in the world. However, before these monster waves hit the coast of Tahiti, coral reefs slow down their energy and protect the tropical island and its inhabitants from flooding.

First they wanted to find out how much energy is lost when waves break on the reef. Together with their French colleagues, led by Professor Valeriano Parravicini (CRIOBE and University of Perpignan) they installed a series of pressure sensors at a depth of five to six metres off the coast of Tahiti and its neighbouring island Moorea. Thus they could measure the force of waves in front of and behind the reefs. For almost a month, the scientists worked on site to collect as much data as possible at various locations, both for low and several metre high waves.They were particularly interested in the effects of climate change, such as rising sea levels, on the function of reefs as breakwaters and their ability to reduce wave energy.

In a next step, the scientists fed their newly acquired data into an open source model (XBeach), which researchers around the world use to calculate how waves break when they reach the coast. “With the measured data we were able to calibrate the model. This has enabled us to change various parameters such as sea level or reef structure and calculate how the force and height of the waves off Tahiti and Moorea change," says marine geologist Daniel Harris.

“We were able to simulate different scenarios for these islands in this way: What happens when the reef is suddenly exposed to a higher sea level or when the structural complexity of the reef diminishes,” adds Alessio Rovere, head of the bridge junior research group “Sea Level and Coastal Changes” at ZMT and MARUM.

The researchers' results show what fatal effects the combination of reef degradation and rising sea levels can have for the population of Tahiti and Moorea in the not too distant future.

“Calculated on the basis of the year 2100, increasing reef degradation and the expected rise in sea level would mean that the average wave height that hits the coastline of the islands is almost six times higher than today. The subsequent coastal erosion caused by these bigger back-reef waves is almost ten times larger than today,” the scientists report.

In this scenario, however, structural complexity plays a more important role than a higher sea level. “If reef degradation persists, the level of the waves will increase significantly even at today's sea level,” Harris and Rovere say in their publication. “If the coral reef is healthy and has a complex structure, the rise in sea level has less impact. The reef can continue to perform its protective function and less wave energy hits the shore.”

For the population of tropical islands, protected by reefs against large ocean waves, the results of the study indicate that operating at local level is important as is protecting the reefs. “Residents have less power to counter directly global climate change, but they can try to reduce overfishing on the ground, do without destructive fishing methods, avoid over-exploitation of the coastline and ensure sustainable tourism. All these actions have a positive effects on reef complexity, and hence on the coastal protection service provided by the reef.” says Harris.

Leibniz Centre for Tropical Marine Research (ZMT)
Since 1991 the Leibniz Centre for Tropical Marine Research (ZMT) has dedicated its training and research to the better understanding of coastal ecosystems in the tropics. The ZMT focuses on the structure and functioning of these habitats, their response to anthropogenic and natural influences and the use of resources. In close cooperation with partners in the tropics, the ZMT leads interdisciplinary projects combining natural and social sciences. Scientists at the ZMT also support the development of expertise and structures in its partner countries to allow for sustainable coastal zone management. http://www.leibniz-zmt.de

MARUM – Center for Marine Environmental Sciences of the University of Bremen, using state-of-the-art methods and through participation in international projects, investigates the role of the ocean in the Earth’s system, particularly with respect to global change. It quantifies the interactions between geological and biological processes in the ocean and contributes to the sustainable use of the oceans. MARUM comprises the DFG Research Centre and the Excellence Cluster “The Oceans in the Earth System.” http://www.marum.de

Correction: The magazine in the first paragraph is Science Advances. We apologise for this mistake.

<
Emplacement of pressure transducers on the offshore reef of Teahupoo, Tahiti.
© GILLES SIU, CRIOBE
None

Emplacement of pressure transducers on the offshore reef of Teahupoo, Tahiti. 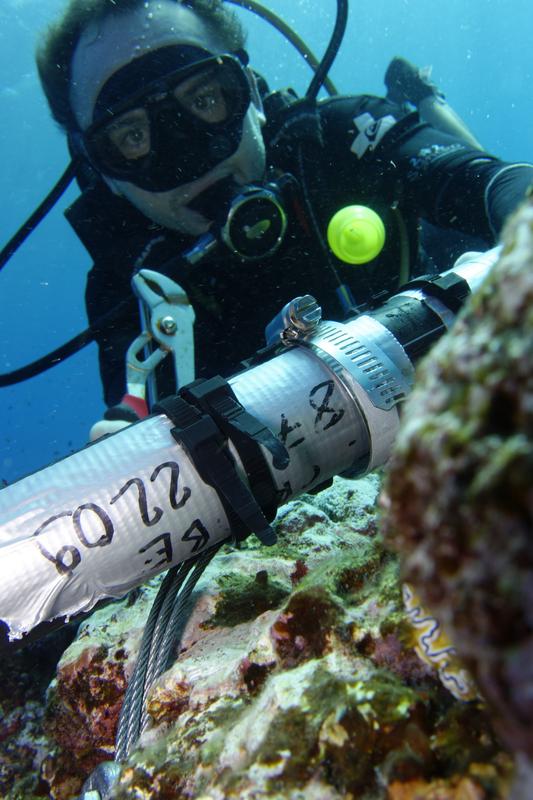 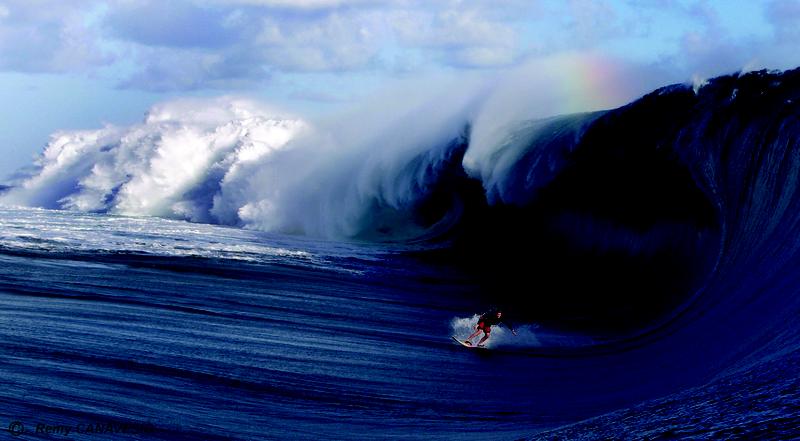