Home > Press release: A reference to Hitler and a risqué scene ...

Eighty years after its first publication, Arthur Koestler's best-known book will now be appearing for the first time in the German version in which Koestler originally wrote his famous work. The hundreds of differences between this original German version and the well known English version of 1940 are of major significance according to literary authorities. A long lost manuscript copy of the novel that was discovered by a University of Kassel doctoral candidate is the basis of the new German edition of the work.

The literature student Matthias Weßel discovered the manuscript in the Zurich Central Library while conducting research for his doctoral thesis at the University of Kassel. Until then, Koestler's 1940 novel "Darkness at Noon" was only known in Germany as a re-translation from the English version. This first German version appeared in 1946 under the title "Sonnenfinsternis" ("Solar Eclipse"). Until 2015, it was thought that the original German text was permanently lost. The Koestler biographer Michael Scammel recently called for a new English translation of the famous work based on the rediscovered original German text.

Arthur Koestler (1905 – 1983) began working as a journalist in Berlin in 1930 and became a member of the Communist Party shortly thereafter. After a trip through the Soviet Union, his working as a war reporter during the Spanish Civil War and in reaction to the Stalinist purges, he turned away from communism. "Darkness at Noon" is Koestler's reckoning with the ideology. The book tells the story of Rubaschow, a fictional Russian communist who falls out of favour with the Soviet regime and winds up in the hands of the secret police. The novel came to be an international bestseller. Together with works such as "1984" and "Animal Farm", it is seen as one of the enduring works about totalitarianism in the 20th century.

Until the recent discovery of the original German text, it was presumed that this version had been lost while the Jewish author and journalist fled from the Nazis in 1940 under perilous conditions. As the Germany forces invaded France, Koestler was staying in Paris. While he was planning his escape under great pressure, his girlfriend at the time, Daphne Hardy, worked at top speed on an English translation of the novel. This affected the quality of the English text that was produced. "The English translation was a last-minute project," says Matthias Weßel.

Weßel found the original German text under the listing "Roman: Rubaschow" in the archives of the publisher "Europa Verlag" in Zurich, Switzerland. How the manuscript wound up there is still not entirely clear. In comparing the original German text and the existing translation into German from the English version, Matthias Weßel has discovered hundreds of significant deviations. "With the first translation into English and the subsequent translation back into German, various distortions occurred," says Weßel. "Many expressions and allusions only become clear in Koestler's original manuscript." A direct reference to Hitler, for example, cannot be recognised as such in the English version. Torture sequences in which high-intensity spotlights are used are depicted far more extremely in the original text than in the more mild English translation. "Other scenes were cut completely," reports the literary scholar from the University of Kassel. In the first edition, the publisher apparently did not want to subject the English-speaking public to a scene dealing with masturbation. So it was simply deleted.

<
He discovered the lost Koestler-manuscript: Matthias Weßel.
University of Kassel.
None 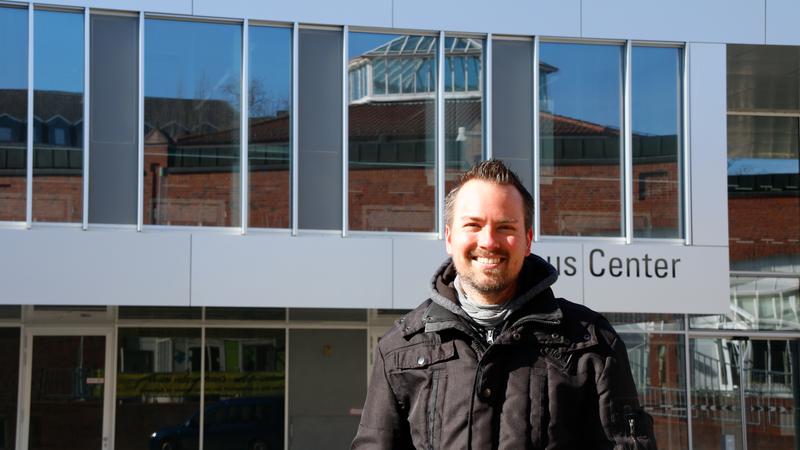