London. In an article published this week by the renowned journal Nature Sustainability, an international team of scientists argues that environmental protection should be a priority for the “Belt and Road” initiative. This Chinese project would then represent not only an investment to foster international trade but also an opportunity for sustainable development leadership. Among the team, who calls for rigorous strategic environmental and social assessments, are researchers from the Research Center in Biodiversity and Genetic Resources (CIBIO-InBIO) in Portugal, the Martin Luther University Halle-Wittenberg and the German Centre for Integrative Biodiversity Research (iDiv).

China is establishing an infrastructure and service network to connect the country, by land and sea, to different parts of Asia, Africa and Europe. According to Chinese government, this new “Silk Road” should count on the participation of least 65 countries, involve about two-thirds of the world’s population and boost one-third of the global economy. This “Belt and Road” initiative (BRI) promises to greatly influence the future of global trade and promote the economic development around the world. However, it may also promote permanent environmental degradation. The implementation of BRI implies massive rail and road infrastructure expansion, new ports construction in the Pacific and Indian Oceans, and the creation of oil and gas pipelines to Russia, Kazakhstan and Myanmar.

Economic development and environmental sustainability: opposites?
The article points that BRI’s economic development corridors coincide with high environmental value areas and can therefore have significant impacts on biodiversity. “Legitimate aspirations for the people’s economic development may clash with environmental sustainability goals, due to the large amounts of raw material needed to support transport infrastructure’s mega-expansion in environmentally sensitive areas, such as South-East Asia and Tropical Africa”, explains Fernando Ascensão, the article’s first author from the Research Center in Biodiversity and Genetic Resouces (CIBIO-InBIO)
A recent report by the World Wildlife Fund (WWF) shows that these corridors overlap with 1739 Key Biodiversity Areas (KBAs) and with the range of 265 threatened species, including 39 critically endangered.
Abrupt changes in ecosystem quality and functionality due to pollution, the spread of invasive species, restrictions of animal movement, habitat loss and increased wildlife mortality, are at stake. In addition, “raw materials and fossil fuels use, and increased oil and gas reserves exploitation constitute a scenario of an increasing dependency on fossil-fuel and high greenhouse gas emissions”, stresses Henrique Pereira (CIBIO-InBIO, iDiv and MLU).

How to promote an "ecological civilization"?
Since the 1990s, China has been strengthening its environmental legislation in pursuit of an “ecological civilization”. In this context, Strategic Environmental Assessments (SEAs) have been applied as legal requirement for all major economic development activities. The article now published in Nature Sustainability argues that the balance between economic development and environmental sustainability can be achieved if China replicates the good environmental practices, already required within its borders, in the Belt and Road Initiative.
According to Fernando Ascensão “all BRI-related projects should undergo Strategic Environmental and Social Assessments which provide, at an early stage of decision-making, holistic information on the costs and benefits of development plans, including those reflecting the impacts on biodiversity and human populations“.
The authors acknowledge that the large number of countries and entities involved in BRI may be an obstacle to a rapid paradigm shift. Therefore, they suggest concrete measures to be implemented, such as linking project financing to compliance with the environmental sustainability guidelines, associated to the monitoring of environmental effects.
They also argue that the standards to be implemented should be “sufficiently flexible to accommodate regional idiosyncrasies”, with “dialogue between all those involved in the decision-making process (governments, financial institutions, non-governmental organizations and local communities) and researchers in biodiversity conservation, human health and climate change mitigation”.
The Belt and Road Initiative could be “an opportunity for China to take a leading role in moving global development towards sustainability by requiring its overseas partners at least the same environmental quality China aspires for within its territory”, concludes Henrique Pereira.

<
The “Belt and Road” initiative (BRI) will not only influence the future of global trade but also the ...
Photo: StockSnap / Pixabay.com / CC0 Public Domain
None

The “Belt and Road” initiative (BRI) will not only influence the future of global trade but also the environment and the biological resources. 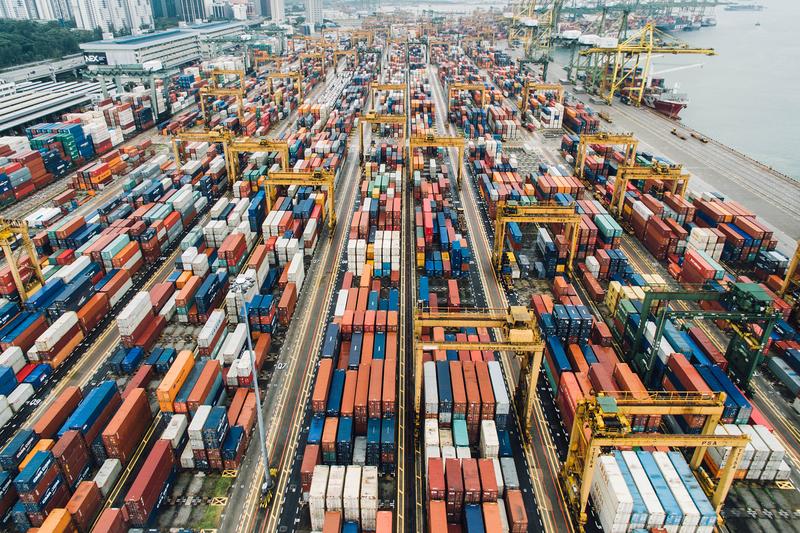