Saving energy not only improves the climate but also has positive impacts on air pollution, health, and ecosystems. Resource consumption, the economy and energy security also add benefits. Such multiple impacts together make up one third of extra net value to the direct energy cost savings, as a pan-European research team led by the Wuppertal Institute found in their analysis of applying more than 20 efficiency-technologies in all 28 EU member states. Now, in addition to the results of the three-year Horizon-2020 project “Calculating and Operationalizing the Multiple Benefits of Energy Efficiency in Europe” (COMBI), a new online tool has been presented.

Wuppertal, 18 May 2018: On the way to achieving the Paris Agreement climate goals, energy efficiency has been identified as one key path to achieve greenhouse gas reductions. Therefore, many European member states have adopted the “energy efficiency first” principle. Numerous studies have demonstrated, that most additional investments in energy efficiency pay off by energy cost savings over the technical life-times. However, there are uncertainties, transaction costs and a variety of other barriers to actions. So while there is increasing evidence that energy savings have additional positive impacts, those are not yet accounted for sufficiently in the public debate and thus also in political decision-making. This was the motivation for a pan-European research team – consisting of Advanced Building and Urban Design (ABUD), Copenhagen Economics, the Universities of Antwerp and Manchester, led by the Wuppertal Institute – to join research efforts and quantify as many as possible impacts for a scenario of higher energy efficiency ambition in Europe in the year 2030, for which targets are currently set. COMBI researchers first developed a reference scenario and an ambitious efficiency scenario until the year 2030 as currently under debate in the EU institutions. The resulting energy savings and investment costs were then transferred to state-of the art models available in the EU to quantify impacts.

Findings from the example of building refurbishment

Amongst other aspects, the COMBI research team investigated air pollution and analysed the energy efficiency action of comprehensively refurbishing buildings. The researchers compared the necessary investments of a systematic refurbishment in the EU with the possible energy cost savings and additional positive impacts that can be expected. They stressed that better indoor conditions will have significant effects for the health of people living or working within such buildings. Furthermore, financial savings can be made from a lower use of energy. Johan Couder from Antwerp University estimates that from 2015 until 2030 refurbishments in the EU would amount to 300bn Euros. “On the other hand more than 330bn Euros will be obtained by life-cycle energy cost savings in the long run,” adds Couder.

COMBI has now gone one step further. The team, for example, applied the GAINS model, that was developed by the Viennese International Institute for Applied Systems Analysis (IIASA), and translates energy savings into lower levels of air pollutant concentration. The team was able to identify that better building indoor conditions could reduce energy poverty-related health problems, such as indoor cold or dampness. From building refurbishment only, almost 2,000 premature deaths could be prevented in the EU per year and another 16,000 from better new buildings. In total 38,000 years of life loss could be avoided annually.
But this is not all: The Wuppertal Institute quantified resources that are needed along the energy provision chain. Accordingly, the material footprint could be lowered by over 90 million tons due to building refurbishment. The economic short-term benefits are also very impressive: “Additional investments and higher consumption due to lower energy costs may increase EU aggregate demand by about 42bn euros per year and create over 650,000 additional jobs,” states Johannes Thema, project Co-ordinator in the Division Energy, Transport and Climate Policy at the Wuppertal Institute.However, these impacts will only materialise if the respective country has idle resources, meaning is in an economic downturn. In 2018, this was the case in about half of EU member states.

The COMBI research team organised a public conference on 17 May 2018 with keynotes on the issue where they presented their findings in detail. At the same time, the COMBI online tool was launched. This tool gives numerical and visual access to impact quantifications such as greenhouse gas emission reductions, premature deaths prevented and many more and calculates customisable cost-benefit indicators. The research team hopes that their tool will support policy-making and motivate higher ambitions on energy efficiency. The online tool is available under the following link.

This project has received funding from the European Union’s Horizon 2020 research and innovation programme under grant agreement No 649724.

<
The project team presented the results of the COMBI project at the EU-Commission's Directorate-Gener ...
Source: Wuppertal Institute
None

<
The project team presented the results of the COMBI project at the EU-Commission's Directorate-Gener ...
Source: Wuppertal Institute
None

The project team presented the results of the COMBI project at the EU-Commission's Directorate-General for Energy in Brussels. 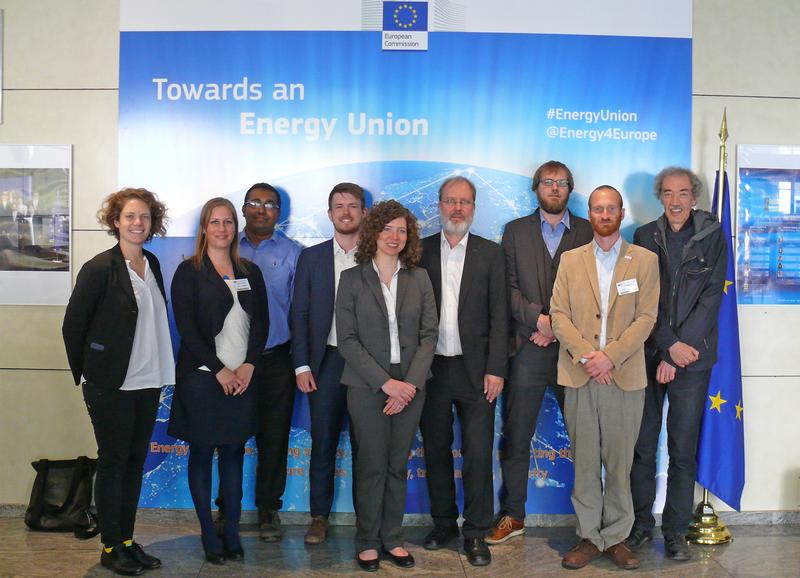 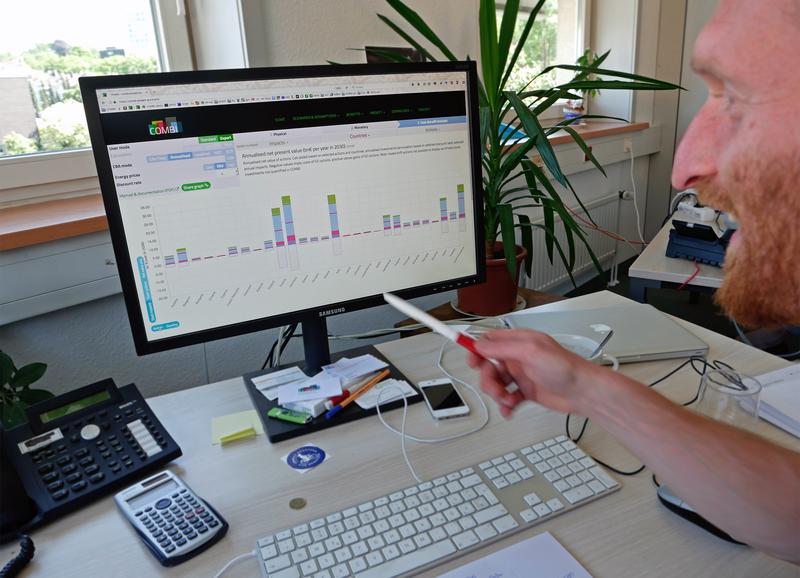