Semb aims to develop safe approaches for up-scaled production of insulinproducing beta cells from human pluripotent stem cells (hPSCs). He and his team have recently made major breakthroughs towards this goal.

"We believe that we are well on track with our efforts to develop a cell replacement therapy and that our latest breakthroughs will pave the way for manufacturing of insulin-producing beta cells for initial clinical trials," Henrik Semb said.

Semb's long-term objective is to develop a safe and scalable stem cell therapy for people with type 1 diabetes. An important milestone in the short term is the proper production of the cells following defined standards of Good Manufacturing Practice (GMP).*

The realization of this aim is a key element of the new strategic alliance between HMGU and Novo Nordisk Foundation Center for Stem Cell Biology (DanStem) at the University of Copenhagen. Semb’s call as Director of the Institute of Translational Stem Cell Research happens within the scope of this cooperation. In addition to his activities at Helmholtz Zentrum München, Henrik Semb stays as Executive Director of the Danish Stem Cell Centre (DanStem), and Professor of Human Stem Cell Biology at the University of Copenhagen.

The Helmholtz Zentrum München, the German Research Center for Environmental Health, pursues the goal of developing personalized medical approaches for the prevention and therapy of major common diseases such as diabetes, allergies and lung diseases. To achieve this, it investigates the interaction of genetics, environmental factors and lifestyle. The Helmholtz Zentrum München is headquartered in Neuherberg in the north of Munich and has about 2,300 staff members. It is a member of the Helmholtz Association, a community of 18 scientific-technical and medical-biological research centers with a total of about 37,000 staff members. http://www.helmholtz-muenchen.de/en 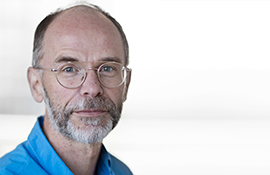