From Cambridge to Jena
Advanced Search ?

From Cambridge to Jena

The job opportunity appeared at just the right time and was a perfect match: when Giancarlo Soavi heard last year that Jena’s Friedrich Schiller University was looking for a junior professor for two-dimensional solid-state optics, the young physicist did not hesitate, but applied immediately. Not only was his expertise in precisely this specialist field, but “Jena’s excellent reputation in the area of optics and photonics” also encouraged him to take this step – a successful step, as it turned out. The 31-year-old Italian has now left his postdoc position at the renowned University of Cambridge (UK) and taken up his new post of junior professor at the University of Jena.

The junior professorship is based at the Institute of Solid State Physics and is initially for four years. Following a successful evaluation, it will become a full professorship.

Soavi’s priority research area is the spectroscopy of ultrafast phenomena. “We use ultra-short pulses of light, lasting just a few femtoseconds, to study their interaction with nanomaterials,” explains Soavi. During his time as a post-doc in Cambridge, Soavi focused primarily on the material graphene. “This extremely thin material, consisting of just a single layer of carbon atoms, has a series of very special properties,” says Soavi. For example, its two-dimensional structure makes graphene a superconductor, in which electricity can flow virtually without resistance.

“Graphene is also a special material in relation to light, which makes it especially interesting for various photonic applications,” adds Soavi. Graphene can absorb light and emit it at a different frequency (colour). This can be used, for example, to generate laser radiation. In a widely acclaimed paper recently published in the journal Nature Nanotechnology, Soavi and his team from Cambridge demonstrated for the first time that a ‘third harmonic generation’ effect in graphene can be amplified and controlled by an external electric field. “In practice, we have therefore developed a switch with which we can specifically control the conversion of light into radiation of another frequency,” explains Soavi. Such graphene-based optical switches could help to significantly increase bandwidth and range in optical data transmission.

Giancarlo Soavi was born and brought up in Milan. After attending a military academy, he studied at the Polytechnic University of Milan (‘Politecnico’) and obtained his PhD there in 2015 with his thesis ‘Ultrafast Photophysical Properties of Low-Dimensional Materials’. He spent a few months in Germany during his PhD studies, working in the group led by experimental physicist Prof. Alfred Leitenstorfer at the University of Konstanz.

Soavi, who sees himself first and foremost as a European, is now getting to know Jena and its university for the first time. “The city was of course known to me as the place where Carl Zeiß worked and, in a sense, as the birthplace of microscopy,” he says. However, he adds that the wide variety of scientific, cultural and sports activities available in Jena and its university are a “very positive discovery” that he plans to make the most of. He does a lot of sport in his spare time, both in individual pursuits such as swimming or boxing and as part of a team in rowing and beach volleyball.

<
Physicist Giancarlo Soavi left the renowned University of Cambridge (UK) and take up his new post of ...
Photo: Anne Günther/FSU
None

Physicist Giancarlo Soavi left the renowned University of Cambridge (UK) and take up his new post of junior professor at the University of Jena. 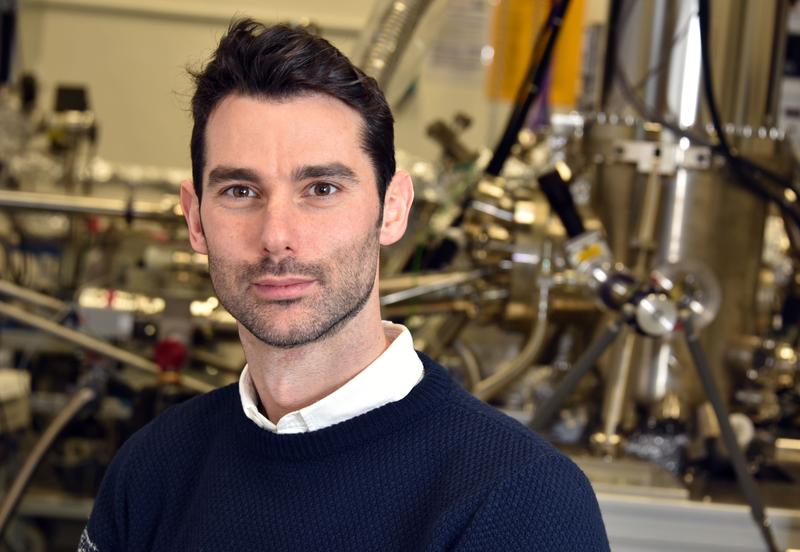