India’s government plans to extent insurance coverage for secondary and tertiary care to 500 million households trough the “ModiCare” reform. An international research consortium, tasked by the German Federal Ministry for Economic Cooperation and Development (BMZ), will monitor the success of the ambitious countrywide programme.

PMJAY was officially launched on September 23rd, 2018. It is expected to become one of the largest insurance efforts ever implemented in the world, offering coverage for secondary and tertiary care to 500 million households. To date, PMJAY has been adopted by 29 out of 32 States and 7 Union Territories in India, often implemented in conjunction with existing State insurance schemes to ensure broader population reach and service coverage. This scheme guarantees eligible households cashless access to inpatient services delivered by either private or public empanelled hospitals up to a ceiling of 500,000 rupees per year (~6,000 EURO). India already introduced a public health insurance scheme, the Rashtriya Swasthya Bima Yojana (RSBY), in 2008. About 41 million households were insured under this scheme. A key feature, in comparison to the RSBY, is the absence of a family limit, meaning that all members of eligible household are granted insurance coverage under PMJAY.

The official launch of the research project took place in January 2019 in Delhi and was hosted by GIZ. The launch workshop stretched over five days and offered the opportunity to all partners of the research consortium to gain an insight into the new scheme and to refine study objectives and related tools.

The results of the evaluation will be instrumental both in shaping further health policy developments within India and in informing German development cooperation work in the field of social health protection.

Participants of the launch workshop in Delhi (January 2019) 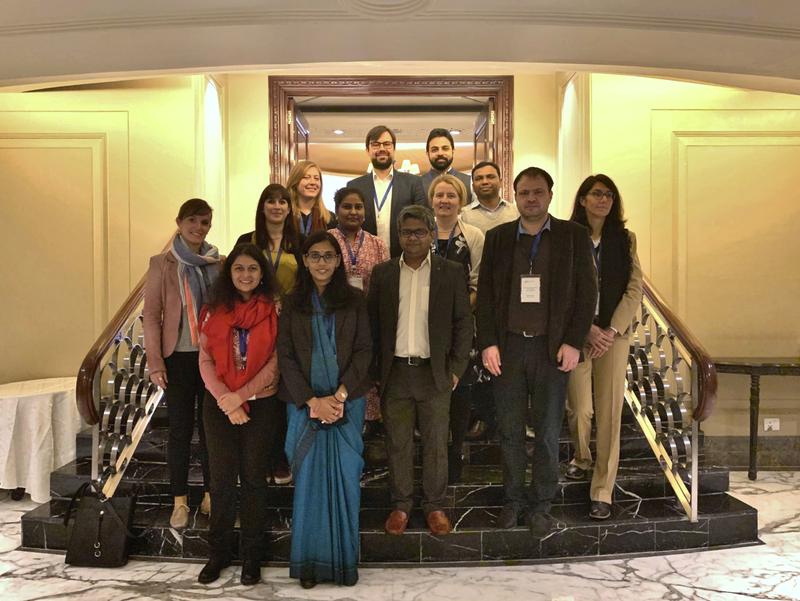