Building a bridge to the quantum world
Advanced Search ?

Home > Press release: Building a bridge to the quantum world

Building a bridge to the quantum world

Scientists at IST Austria develop a prototype of what may, in the future, serve as a link to connect quantum computers

Entanglement is one of the main principles of quantum mechanics. Physicists from Professor Johannes Fink’s research group at the Institute of Science and Technology Austria (IST Austria) have found a way to use a mechanical oscillator to produce entangled radiation. This method, which the authors published in the current edition of Nature, might prove extremely useful when it comes to connecting quantum computers.

Entanglement is a phenomenon typical of the quantum world, which is not present in the so-called classical world -- the world and laws of physics that govern our everyday lives. When two particles are entangled, the characteristics of one particle can be determined by looking at the other. This was discovered by Einstein, and the phenomenon is now actively used in quantum cryptography where it is said to lead to unbreakable codes. But it not only just affects particles, radiation can also be entangled: This is the phenomenon that Shabir Barzanjeh, a postdoc in the group of Professor Fink at IST Austria and first author of the study, is currently researching.

“Imagine a box with two exits. If the exits are entangled, one can characterize the radiation coming out of one exit by looking at the other,” he explains. Entangled radiation has been created before, but in this study a mechanical object was used for the first time. With a length of 30 micrometers and composed of about a trillion (1012) atoms the silicon beam created by the group might still be small in our eyes but, for the quantum world, however, it is large. “For me, this experiment was interesting on a fundamental level,” says Barzanjeh. “The question was: can one use such a large system to produce non-classical radiation? Now we know that the answer is: yes.”

But the device also has practical value. Mechanical oscillators could serve as a link between the extremely sensitive quantum computers and optical fibers connecting them inside data centers and beyond. “What we have built is a prototype for a quantum link,” says Barzanjeh.

Classical computers in networks, on the other hand, are usually connected via optical fibers, because optical radiation is very robust against disturbances that could corrupt or destroy data. In order to use this successful technology also for quantum computers, one would have to build a link that can convert the quantum computer’s microwave photons to optical information carriers or a device that generates entangled microwave-optical fields as a resource for quantum teleportation. Such a link would serve as a bridge between the room temperature optical and the cryogenic quantum world, and the device developed by the physicists is one step in that direction. “The oscillator that we have built has brought us one step closer to a quantum internet,” says first author Barzanjeh.

But this is not the only potential application of the device. “Our system could also be used to improve the performance of gravitational wave detectors,” explains Shabir Barzanjeh and Johannes Fink adds: “It turns out that observing such steady-state entangled fields implies that the mechanical oscillator producing it has to be a quantum object. This holds for any type of mediator and without the need to measuring it directly, so in the future our measurement principle could help to verify or falsify the potentially quantum nature of other hard to interrogate systems like living organisms or the gravitational field.”

The Institute of Science and Technology (IST Austria) is a PhD-granting research institution located in Klosterneuburg, 18 km from the center of Vienna, Austria. Inaugurated in 2009, the Institute is dedicated to basic research in the natural and mathematical sciences. IST Austria employs professors on a tenure-track system, postdoctoral fellows, and doctoral students. While dedicated to the principle of curiosity-driven research, the Institute owns the rights to all scientific discoveries and is committed to promote their use. The first president of IST Austria is Thomas A. Henzinger, a leading computer scientist and former professor at the University of California in Berkeley, USA, and the EPFL in Lausanne, Switzerland. The graduate school of IST Austria offers fully-funded PhD positions to highly qualified candidates with a bachelor's or master's degree in biology, neuroscience, mathematics, computer science, physics, and related areas. www.ist.ac.at

<
Illustration: prototype of what may, in the future, serve as a link to connect quantum computers
IST Austria/Philip Krantz, Krantz NanoArt

Illustration: prototype of what may, in the future, serve as a link to connect quantum computers 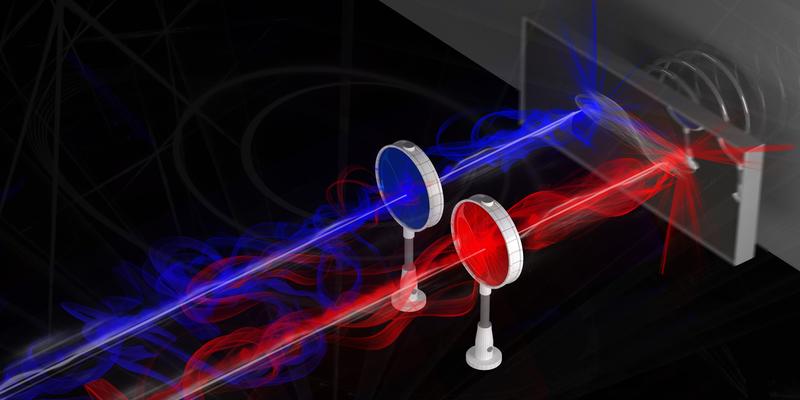