An international team of researchers led by Clément Coiffard, Museum für Naturkunde Berlin, published the oldest completely preserved lily, Cratolirion bognerianum, in the renowned scientific journal Nature Plants. This shows that monocotyledonous plants surprisingly showed all their typical characteristics 115 million years ago and that tropical flowering plants were already very diverse. This raises new research questions about the role of the tropics in the development of past and present ecosystems.

All the major clades of angiosperms have a fossil record that extends back to more than 100 million years ago (Early Cretaceous), mostly in agreement with molecular dating. However the Early Cretaceous record of monocots is very poor compared to other angiosperms. Their herbaceous nature has been invoked to explain this rarity, but biogeography could also be an explanation. Unfortunately, most of the Early Cretaceous angiosperm record comes from northern mid-latitudes. The Crato plattenkalk limestone offers a unique window into the Early Cretaceous vegetation of the tropics and has already yielded monocots fossils. Here we describe a whole monocotyledonous plant from root to reproductive organs that is anatomically preserved. The good preservation of the fossils allowed the evaluation of reproductive, vegetative and anatomical characteristics of monocots leading to a robust identification of this fossil as a crown monocot. Its occurrence in Northern Gondwana supports the possibility of an early radiation of monocots in the tropics. 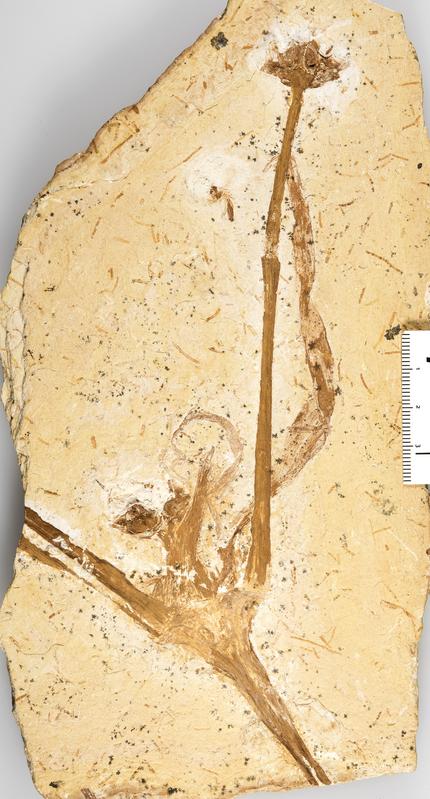