Home > Press release: A cavity leads to a strong interaction ...

A cavity leads to a strong interaction between light and matter

Researchers have succeeded in creating an efficient quantum-mechanical light-matter interface using a microscopic cavity. Within this cavity, a single photon is emitted and absorbed up to 10 times by an artificial atom. This opens up new prospects for quantum technology, report physicists at the University of Basel and Ruhr-University Bochum in the journal Nature.

Quantum physics describes photons as light particles. Achieving an interaction between a single photon and a single atom is a huge challenge due to the tiny size of the atom. However, sending the photon past the atom several times by means of mirrors significantly increases the probability of an interaction.

In order to generate photons, the researchers use artificial atoms, known as quantum dots. These semiconductor structures consist of an accumulation of tens of thousands of atoms, but behave much like a single atom: when they are optically excited, their energy state changes and they emit a photon. “However, they have the technological advantage that they can be embedded in a semiconductor chip,” says Dr. Daniel Najer, who conducted the experiment at the Department of Physics at the University of Basel.

System of quantum dot and microcavity

Normally, these light particles fly off in all directions like a light bulb. For their experiment, however, the researchers positioned the quantum dot in a cavity with reflective walls. The curved mirrors reflect the emitted photon back and forth up to 10,000 times, causing an interaction between light and matter.

Measurements show that a single photon is emitted and absorbed up to 10 times by the quantum dot. At the quantum level, the photon is transformed into a higher energy state of the artificial atom, at which point a new photon is created. And this happens very quickly, which is very desirable in terms of quantum technological applications: one cycle lasts just 200 picoseconds.

The conversion of an energy quantum from a quantum dot to a photon and back again is theoretically well supported, but “nobody has ever observed these oscillations so clearly before,” says Professor Richard J. Warburton from the Department of Physics at the University of Basel.

Serial interaction of light and matter

The successful experiment is particularly significant because there are no direct photon-photon interactions in nature. However, a controlled interaction is required for use in quantum information processing.

By transforming light into matter according to the laws of quantum physics, an interaction between individual photons becomes indirectly possible – namely, via the detour of an entanglement between a photon and a single electron spin trapped in the quantum dot. If several such photons are involved, quantum gates can be created through entangled photons. This is a vital step in the generation of photonic qubits, which can store information by means of the quantum state of light particles and transmit them over long distances.

The experiment takes place in the optical frequency range and places high technical demands on the size of the cavity, which must be adapted to the wavelength, and the reflectivity of the mirrors, so that the photon remains in the cavity for as long as possible.

The semiconductor quantum dots and one mirror of the cavity were made by the team headed by Professor Andreas D. Wieck and Dr. Arne Ludwig at Ruhr-University Bochum; the other mirror was made at the Université de Lyon. Theoretical support was provided by the quantum optics theory group led by Professor Nicolas Sangouard at the University of Basel. 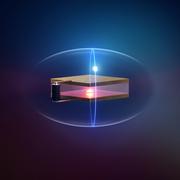 <
A microscopic cavity of two highly reflective mirrors is used to allow an enclosed artificial atom ( ...
University of Basel, Department of Physics
None

A microscopic cavity of two highly reflective mirrors is used to allow an enclosed artificial atom (known as a quantum dot) to interact with a single photon. 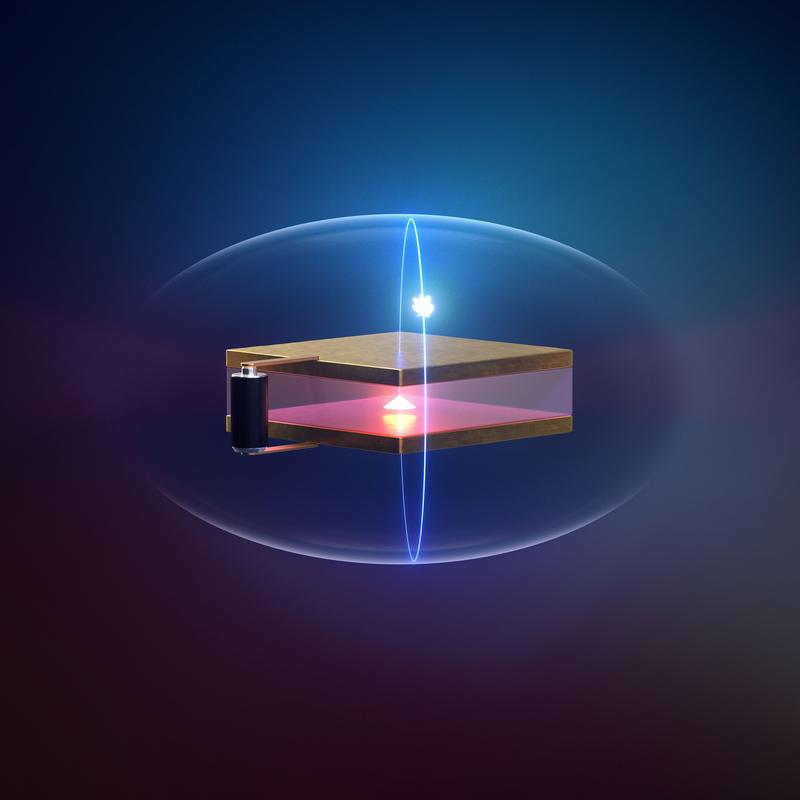