On December 5th, the German Research Foundation (DFG) announced the winners of the most important research funding prize in Germany, the Gottfried Wilhelm Leibniz Prize. Dr. Baptiste Gault, head of the “Atom Probe Tomography” group at the Max-Planck-Institut für Eisenforschung (MPIE) in Düsseldorf, received the award, endowed with 2.5 million euros, for his outstanding research in the field of materials sciences. The award, which is regarded as the German Nobel Prize, enables him to continue his work for up to seven years at reduced bureaucratic work load. “Wow, it is simply an indescribable feeling to be so honoured. I can't believe it, yet," says Gault, who received the news on the day of the public announcement of the prize winners. 114 people were nominated for the Leibniz Prize 2020, 10 of whom were selected by the DFG. “Bringing completely new ideas into the world, encouraging researchers to go where no one has gone before and promoting research approaches that have not yet been tested is a hallmark of the Max Planck Society. The entire team at the MPIE is proud to have Dr. Gault in its midst - his work has given us the opportunity to watch individual atoms at play in complex materials with the help of atom probe tomography”, says Prof. Dierk Raabe, managing director at the MPIE.

Gault has been at the Max Planck institute in Düsseldorf since 2016 and studies the nanostructures of complex materials down to individual atoms in order to understand the relationship between the structure of a material and its physical properties. He uses and develops atom probe tomography (APT), a technique that enables individual atoms to determine their chemical nature and position in a material. He combines this with big data techniques and machine learning to efficiently analyse large amounts of data and design new materials. His results are for example relevant for applications in humid environments and the use of renewable energies. Here, supported by the European Research Council, he has investigated the position and diffusion of hydrogen atoms in complex alloys in order to develop methods to prevent hydrogen embrittlement on the one hand and to contribute to sustainable hydrogen storage on the other. In the medical field, Gault investigated the structure of protein fibrils, which play a crucial role in Alzheimer's disease. He is thus the first to use APT for soft materials such as proteins. In the field of atomic probe tomography, the native Frenchman is the most frequently cited scientist in the under 40s group.

The Gottfried Wilhelm Leibniz Prize has been awarded annually by the DFG since 1986. Each year, up to ten prizes can be handed out, each with a sum of 2.5 million euros. The winners come from the natural sciences, engineering, life sciences, humanities and social sciences.

<
Dr. Baptiste Gault (first from left) together with his group “Atom Probe Tomography” of the Max-Plan ...
Max-Planck-Institut für Eisenforschung GmbH

Dr. Baptiste Gault (first from left) together with his group “Atom Probe Tomography” of the Max-Planck-Institut für Eisenforschung. Gault was awarded the Leibniz Prize 2020. 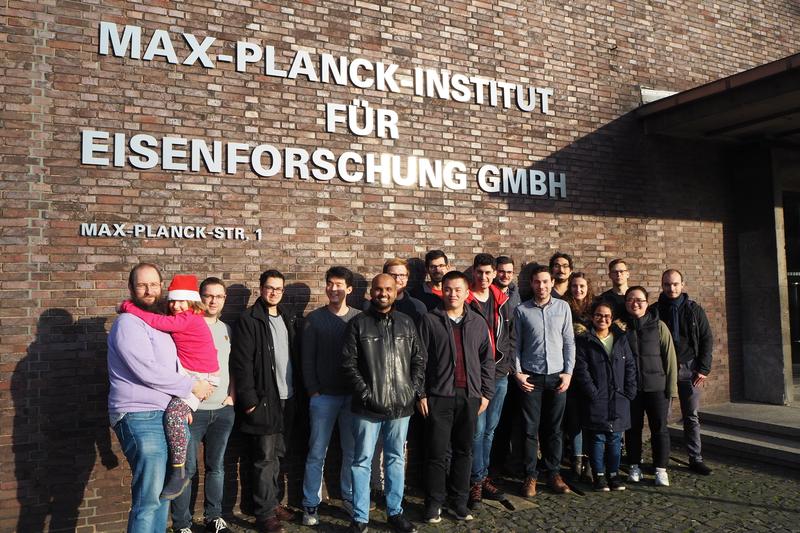