The tips of a plant design its whole shape
Advanced Search ?

Home > Press release: The tips of a plant design its whole shape

The tips of a plant design its whole shape

Plants grow throughout their entire life. This is due to a small structure at the tip of the plant’s shoots, known as the meristem. This is the control center for the maintenance of stem cells – which can be converted into any cell type – and for the creation of plant organs such as side shoots and leaves. Although all plants have to carry out these basic tasks, the meristem is different in shape and size in differing species such as maize and thale cress. An international team of researchers headed by Professor Marja Timmermans of the Center for Plant Molecular Biology at the University of Tübingen has discovered that the meristem has even greater tasks than scientists had realized. It controls the architecture of the whole plant from the very tip. By mapping the genetic circuits involved in these functions in maize, the team has discovered key starting points for technological improvement of crops. Their results have been published in the journal Genome Research.

In multicellular organisms, cells have to communicate with each other in order to coordinate development. They recognize their position within the organism by creating and perceiving signal molecules; this enables them to decide which cell types are to be formed at which location. “Plants cannot move, yet they react with remarkable flexibility to changes in their environment,” says Timmermans. Her aim was to explore the role played by the meristem at the plant’s tip.

The meristem at the tip of the shoot considers all kinds of developmental and environmental signals. Previously, it was assumed that the meristem only decided whether new stem cells or organs were to be formed. Working with her team, Timmermans has now precisely described the molecular circuits that are active in the cells of the meristem, drawing a roadmap of those circuits and describing each one’s functions. “Right out at the very tip, the meristem regulates the plant’s settings so that each individual grows into the optimal shape for the conditions it is located in,” she sum-marizes. “We identified mechanisms that specifically control the stem cells in maize, and have found that these also affect the overall architecture of the plant.”

These latest findings can be used for plant breeding and cultivation. “Maize yields have increased steadily over the last century. However, there was no significant increase in the number of grains produced per plant,” says Timmermans. “Rather, maize hybrids have been bred to thrive in denser plantations. The architecture of the maize plants, the angle and shape of the leaf play a vital role in the plant’s ability to efficiently catch the light and carry out high-performance photosynthesis. “The genetic circuits identified can now be used for further optimization,” Timmermans says. 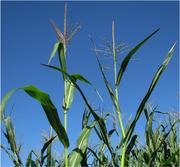 <
Two maize lines with different leaf angle: This is a major agronomic trait, selected for to increase ...

Two maize lines with different leaf angle: This is a major agronomic trait, selected for to increase planting density and thereby yield. 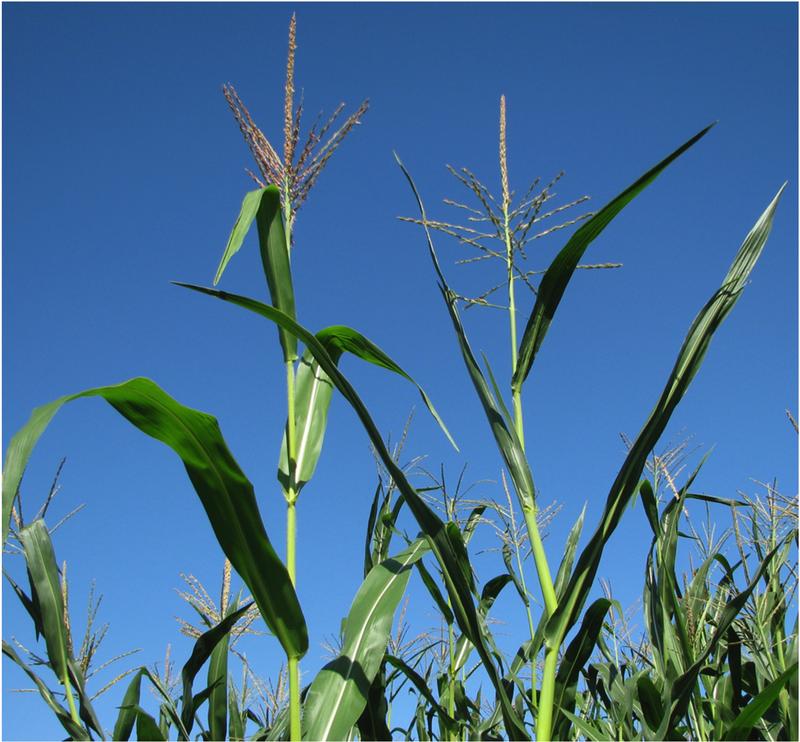