Even after death, animals are important in ecosystems
Advanced Search ?

Home > Press release: Even after death, animals are important ...

Even after death, animals are important in ecosystems

Animal carcasses play an important role in biodiversity and the functioning of ecosystems, also over prolonged periods. Scientists from the German Centre for Integrative Biodiversity Research (iDiv) and the University of Groningen have published these findings in the journal PLOS ONE. The carcasses not only provide food for many carrion-eating animal species, their nutrients also contribute to the significantly increased growth of surrounding plants. This in turn attracts many herbivorous insects and their predators. The researchers recommend relaxing regulations governing the disposal of animal carcasses when applied to nature conservation areas.

In the Dutch nature reserve Oostvaardersplassen, one of the largest wetland areas in Central Europe, the scientists investigated how red deer carcasses impact local biodiversity. To this purpose, they first recorded the presence of insect species on surfaces both with and without carcasses, and then plant growth in the immediate vicinity of a carcass. They found that the carcasses not only directly benefit many carrion-eating insects like flies or carrion beetles, they also have a positive long-term effect on plant growth.

Plants such as the Welted Thistle (Carduus crispus) grew more than five times larger near the carcasses than in other locations, and this in turn resulted in a four-fold increase in the number of herbivorous insects and their predators. "That animal carcasses are important for scavengers is hardly surprising," says the head of the study, Dr Roel van Klink. "However, I hadn’t expected they would have such a significant impact on the entire local food chain, and continue to do so even after five months, especially on such nutrient-rich soils as in Oostvaardersplassen." Van Klink carried out the study at the University of Groningen with colleagues. Currently, he is a postdoctoral fellow at the German Centre for Integrative Biodiversity Research (iDiv).

The results shed new light on the role of animal carcasses in the ecosystem. "It is now largely accepted that dead wood remains in our forests - which benefits many species," says Prof Chris Smit from the University of Groningen. “However, the sight of dead animals in nature is often still a social taboo, and this is a shame given their important value for ecosystems and biodiversity”. Apart from this, EU laws make it difficult to leave the carcasses of large animals in nature reserves. The authors recommend relaxing these regulations for nature reserves.

<
Apart from carrion-eating arthropods, Carcasses and their nutrients also benefit nearby plants and i ...
Picture: Taken from publication (open source) 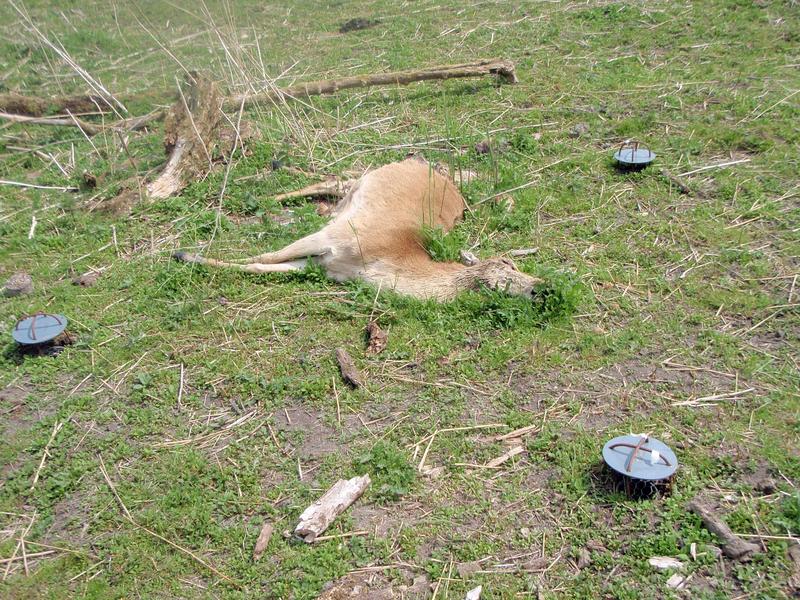 Apart from carrion-eating arthropods, Carcasses and their nutrients also benefit nearby plants and insects associated with them. 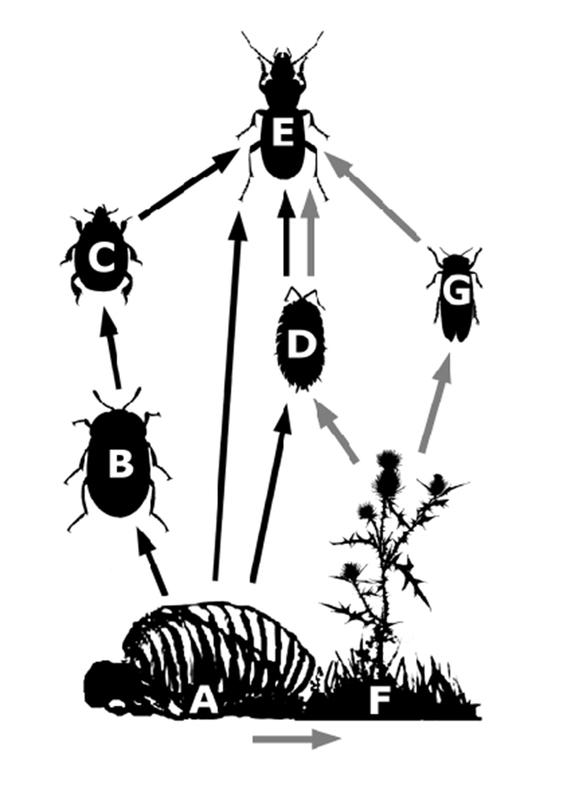