A Geography of Jihad

In the latest volume of ZMO-Studien, Stephanie Zehnle examines the jihadist creation of the 19th century Sokoto Caliphate and its entanglements with warfare and geographical concepts at the periphery of the Islamic world.

Leibniz-Zentrum Moderner Orient has published a new volume of its refereed book series ZMO-Studien. Since 2019, the series is published by Walter de Gruyter who took over the Klaus Schwarz Verlag, the former publisher of the series. ZMO-Studien no. 37, “A Geography of Jihad. Sokoto Jihadism and the Islamic Frontier in West Africa”, is written by Stephanie Zehnle, Junior Professor for Non-European History at the University of Kiel.

In her book, Zehnle addresses the Jihad movement that created the largest African state of the 19th century: the Sokoto Caliphate. The caliphate existed for 99 years from 1804 and found itself defeated by European colonial troops in 1903. Zehnle explores the geographical knowledge about the boundary between “Land of Islam” and “Land of War”, as well as the pre-colonial construction of “the Muslim” and “the unbeliever” and the transfer of ideas between political elites and mobile actors. This carves out the entanglements of jihadist ideology and warfare with geographical concepts at Africa’s periphery of the Islamic world. The study is looking at a variety of Arabic and West African (Hausa, Fulfulde) manuscripts. Their policies reveal the reciprocity of jihadist warfare and territorial statehood.

Stephanie Zehnle’s research focuses on African History and colonialism, the History of human-animal relationships and the History of Islam. Her dissertation addressed forms of social encounters between power, war and religion at the frontier of pre-colonial West Africa. 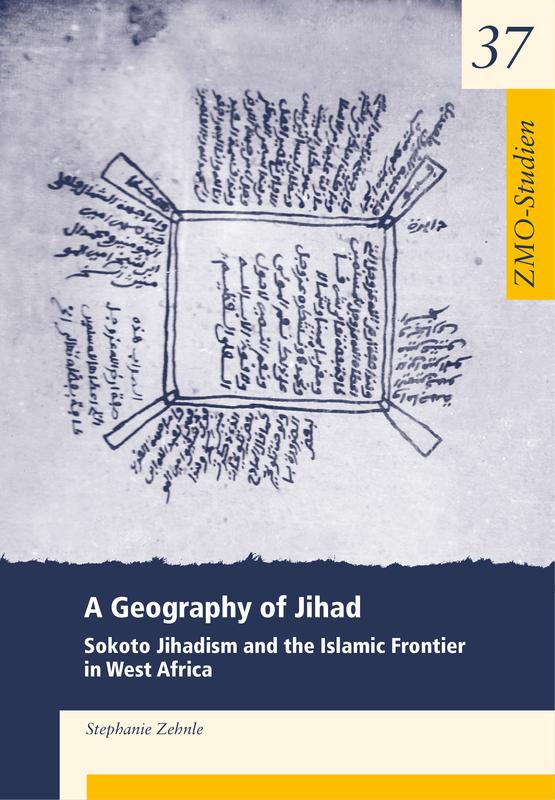