False alarm or a major incident? Sensor system identifies cause of alarm in hard-to-access industrial plants

When sensors embedded within industrial plants trigger an alarm at night, maintenance teams have to respond immediately. But there’s always the chance that this is just another false alarm. A new sensor system developed at Saarland University is able to analyse signal patterns and identify the exact cause of the disturbance. The team, led by Professor Uwe Hartmann of the Experimental Physics Department at Saarland University, has many years’ experience in developing sensor systems and analysing signal patterns. When their system is used for the remote monitoring of perimeter fencing, it can precisely distinguish between those signals that are useful and those that are false alarms.

The team has developed software that uses AI and machine learning techniques to enable their knowledge about signal pattern recognition to be applied not just to perimeter fencing systems, but also to a broad range of applications such as wind turbines and industrial process plants.

Modern wind turbines are equipped with a large number of sensors for monitoring a wide range of system parameters. If these sensors register large vibrations in the turbine blades, the maintenance team will need to be notified. Large-amplitude vibrations can have a variety of causes: ice may have accreted on the blades leading to mass imbalance of the rotor, or the gear box might be damaged. But the reasons for the vibrations might be perfectly harmless, such as strong gusts of wind impacting the nacelle – that part of the turbine that houses all of the power-generating components. And if the vibrations were simply due to strong gusting winds, the turbine would have been shut down unnecessarily and the maintenance team would have made a non-essential trip out to the tower, which in the case of offshore wind farms would mean travelling out by boat.

When sensors designed to warn of potentially hazardous vibrations in wind turbines or other hard-to-access industrial plants or machinery generate false alarms, the results can be operationally disruptive and very costly. Software developed for a new sensor system at Saarland University may now offer a solution to this problem. The research group headed by Professor Uwe Hartmann has developed a system able to automatically assign incoming sensor data to the underlying physical cause of the vibration. ‘The key element here is pattern recognition. The signal patterns generated by the sensors will differ depending on the nature of the disturbance. Our earlier research has put us in a position where we can now distinguish many different kinds of vibrations or changes in the ambient magnetic field and can assign a particular signal pattern to its root cause, which in turn allows us to identify and flag up any false alarms. This knowledge is now being transferred to other applications through the use of AI methods,’ explains Uwe Hartmann, Professor of Nanostructure Research and Nanotechnology.

Hartmann and his team have been conducting research into data patterns for almost twenty years, including those recorded when fences vibrate. They have developed sensor systems in cables that can be used to monitor the perimeter fencing around large-acreage sites such as airports or warehouses. These systems are able to distinguish between the types of vibration that arise when someone tries to climb over or to cut through the fence and those caused by wind or animals. Professor Hartmann and his research team use magnetic field sensors whose sensitivity and selectivity have been optimized over the years and that are now capable of detecting even the smallest of changes in the ambient geomagnetic field at distances of up to several metres from the cable. These sensors can detect magnetic signals that are about a million times smaller than the Earth’s magnetic field and can do this without the need for a vacuum, low temperature or special shielding. Previously, sensors working under normal ambient conditions were able to detect magnetic fields whose magnitude was only about a thousand times smaller than the geomagnetic field.

The group has now incorporated acceleration sensors to further increase the sensitivity of the measurements. The team carried out a large number of tests in which they simulated a range of different events causing changes to the magnetic field and acceleration. Typical signal patterns that arose in the different scenarios were recorded and assigned to the event that caused those characteristic changes. ‘We have spent years optimizing our systems so that we can cleanly separate significant signals from noise and from the numerous interference factors that arise,’ explains physicist Haibin Gao, a member of Hartmann’s research group. By analysing the characteristic signals and data patterns, the researchers can tell whether the vibrations are caused by someone tampering with the fence, by an animal rubbing against it, by a gust of wind or simply by a ball hitting the fence structure.

The physicists have mathematically modelled the signal patterns associated with both false alarms and real alarms, then translated the results into algorithms and used these to program the analyser – a process that has been continuously refined as increasingly detailed data becomes available. ‘We are developing models that now use machine learning techniques to identify sensor data patterns. The system can recognize typical signal patterns and uses smart algorithms to independently assign them to their different underlying causes,’ explains Melvin Chelli, a student of computer science and electrical engineering who, along with his student colleagues Ishwar Mudraje, Dennis Quint and Bharat Gulab Patil, is part of the Saarbrücken team. ‘As signal analysis is a modular, computer-assisted process, it can be readily adapted for different applications. The intelligent sensor array can effectively teach itself in real-time to recognize the vibration patterns that characterize a particular application,’ explains Uwe Hartmann. If the system installed on an offshore wind turbine does in fact identify a serious disturbance, it will notify the maintenance team via a GSM- or LTE-enabled app on a smartphone or tablet. The team can then respond, safe in the knowledge that they are not being called out because of a false alarm.

Background:
The project ‘Development of novel magnetosensory techniques and monitoring systems’ will receive a total of €350,000 in funding between August 2019 and December 2021 from the European Regional Development Fund (ERDF). Other earlier research projects in this field received funding from the European Union and from the Federal Ministry of Education and Research (BMBF).

More information is available at http://www.simply-advanced.com.

More press photographs are available at https://www.uni-saarland.de/universitaet/aktuell/artikel/nr/21829.html and can be used free of charge. Please read and comply with the conditions of use.

<
The team conducted test series in which they simulated several types of disturbances, such as those ...
Credit: Oliver Dietze
None

The team conducted test series in which they simulated several types of disturbances, such as those caused by different balls hitting the fence. 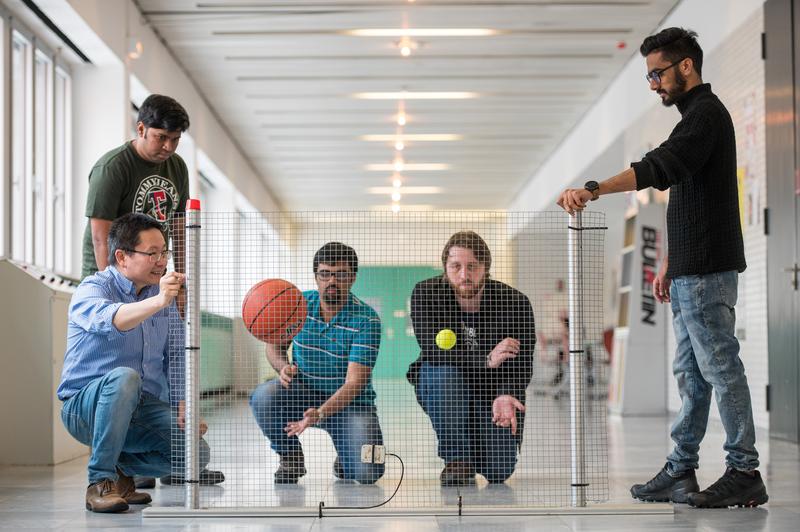 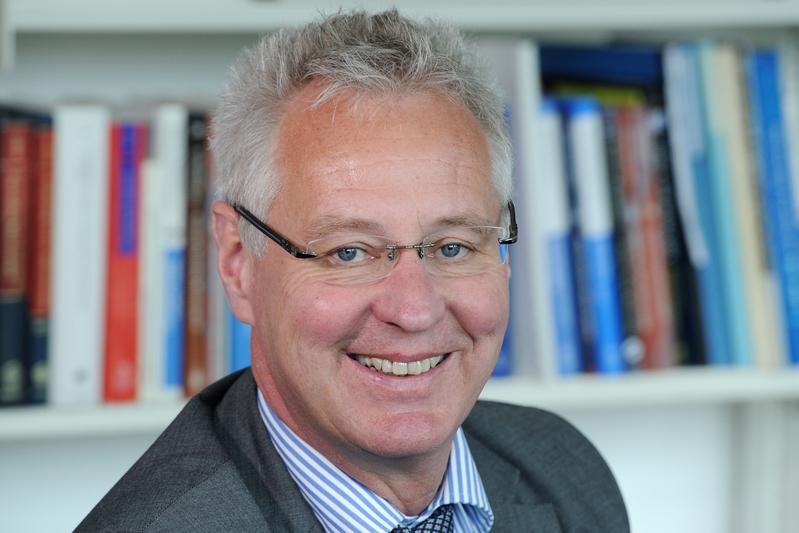