Once upon a time, the Three Kings brought precious gifts to the new-born baby Jesus: as well as gold and myrrh, they also had frankincense in their bags. “Even today, frankincense is a valuable gift,” says Prof. Oliver Werz of Friedrich Schiller University – although he is not really thinking about the biblical meaning of frankincense. “The resin extracted from the bark of the frankincense tree contains anti-inflammatory substances, which make it suitable for the treatment of diseases such as asthma, rheumatoid arthritis or neurodermatitis, among others,” he explains.

Pharmacist Werz and his team have been investigating the anti-inflammatory effect of frankincense resin and its components for several years. Now, together with colleagues in the US, the Jena University researchers have succeeded in uncovering the molecular mechanism of boswellic acid, a substance which is responsible for the anti-inflammatory effect of frankincense. They present their results in the current issue of the specialist journal “Natural Chemical Biology” (DOI: 10.1038/s41589-020-0544-7).

The enzyme 5-lipoxygenase plays a key role in the effect of frankincense. “It has been known for more than 40 years that this enzyme promotes the formation of leukotrienes, an important group of inflammatory mediators in the human body,” explains Werz. However, in its current paper, the research team has for the first time been able to clarify and image the crystal structure of this central inflammatory enzyme with bound inhibitors. The images of the crystal structure allow detailed studies of the enzyme and its interaction with active substances, as well as the development of new anti-inflammatory drugs.

And that is exactly what Werz and his colleagues have done. In addition to zileuton, an anti-inflammatory drug already on the market, which is a synthetic preparation used to treat asthma, the researchers have combined the enzyme with various natural products and analysed the crystal structures of the resulting complexes. The result initially surprised the researchers: while other natural products, in a similar way to zileuton, dock directly to the active site of the enzyme and thus inhibit its function, boswellic acid binds to another site of the enzyme molecule, far from the active site. “However, this binding leads to structural changes in the active site and this also inhibits the enzyme activity,” says Werz.

Domino effect in the enzyme structure

According to the authors of the study, these findings can now be used on the one hand to test the boswellic acids from frankincense in relevant disease models and perhaps later to develop them as a drug to treat inflammatory diseases. On the other hand, thanks to the newly discovered binding site on 5-lipoxygenase, other potential drugs can be developed and their effectiveness as anti-inflammatory agents tested in experiments.

These studies were carried out and funded within the collaborative research centres SFB1127 ChemBioSys and SFB1278 Polytarget, and the Free State of Thuringia and the European Social Fund.

<
Frankincense resin from Africa (l.) and India. Extracts of this resin can reduce inflammation.
Photo by Jan-Peter Kasper

Frankincense resin from Africa (l.) and India. Extracts of this resin can reduce inflammation. 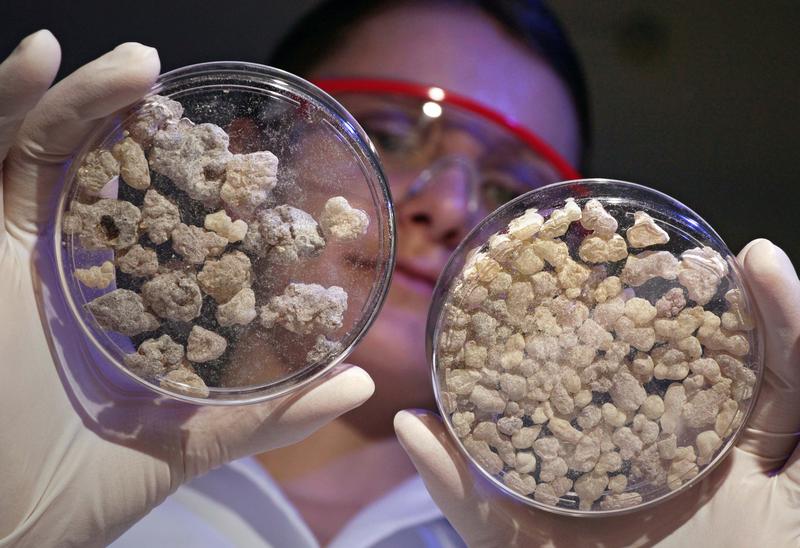 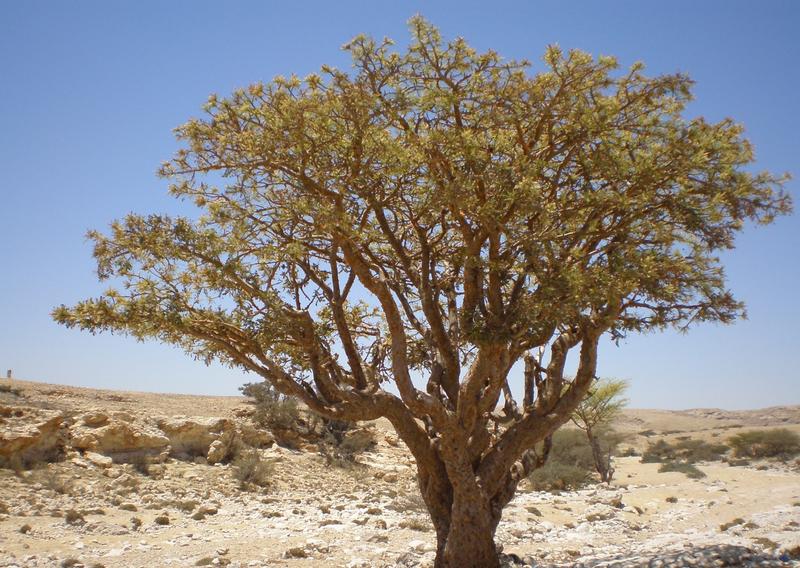