X-ray single particle imaging (SPI) is a technique where the very bright pulses produced by X-ray Free Electron Lasers are used to image single particles like biomolecules. Now research group leader Dr. Kartik Ayyer from the Max Planck Institute for the Structure and Dynamics of Matter (MPSD) in Hamburg has conceived a new method to image much smaller biomolecules at a finer resolution than has been possible until now. His work has been published in Optica.

When a laser beam is ‘shot’ at a particle (a molecule or a crystal) during SPI, each object produces a diffraction pattern, which helps scientists to understand the structure and behavior of that material. Researchers collect a large number of diffraction patterns of randomly rotated versions of these particles and then computationally combine the information into a 3D structure.

Dr. Ayyer adds certain materials to the particle being exposed to the laser – either gold nanoparticles or 2D crystals. These additional substances produce a so-called holographic reference, an additional diffraction which – paradoxically – improves the diffraction pattern from the material being investigated.

Holographic references are one way to significantly improve the efficiency of SPI experiments. A holographic reference is something that is in close proximity to the target particle and whose diffraction "interferes" with that of the particle. This interference has a benefit of improving the signal-to-noise ratio (SNR) but more importantly, it increases the overall signal significantly. This alleviates the big issues of particle detection and background tolerance which plague the technique, especially for smaller objects.

However, the key problem with such references is that the composite object (target particle plus reference) is usually highly heterogeneous. This means that one cannot combine multiple diffraction patterns into a good 3D structure. So while the idea of holography has been around since at least the 1940s (Dennis Gabor received the Nobel Prize in 1971 for the method), and has been proposed in the SPI context since the mid-2000s, nobody has been able to use it to obtain high resolutions 3D structures yet.

Dr. Ayyer, who leads the Computational Nanoscale Imaging group at the MPSD, has developed a new algorithm to reconstruct the structure of the target particle from these composite diffraction patterns by simultaneously solving for the relative positions, size etc. of the reference. He also proposes two experimental configurations where such references could be utilized. The first is to attach a gold nanoparticle to the target object and image the particles in an aerosolized state.

The experimental methods, both for aerosol X-ray imaging and the attachment process, have developed rapidly over the last few years. The second configuration uses a 2D crystal as a reference. The signal is now concentrated in crystallographic peaks, which is a significant advantage from an SNR perspective, but the relative position and orientation of the target particle with respect to the unit cell of the crystal need to be determined for each pattern.

“These methods should enable us to extend the SPI technique to not just large viruses and protein complexes, but to significantly smaller particles which make up the majority of biologically interesting molecules," says Dr. Ayyer. "Exactly how much smaller requires further simulations which we are currently setting up.” 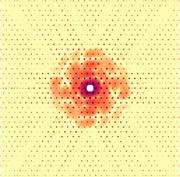 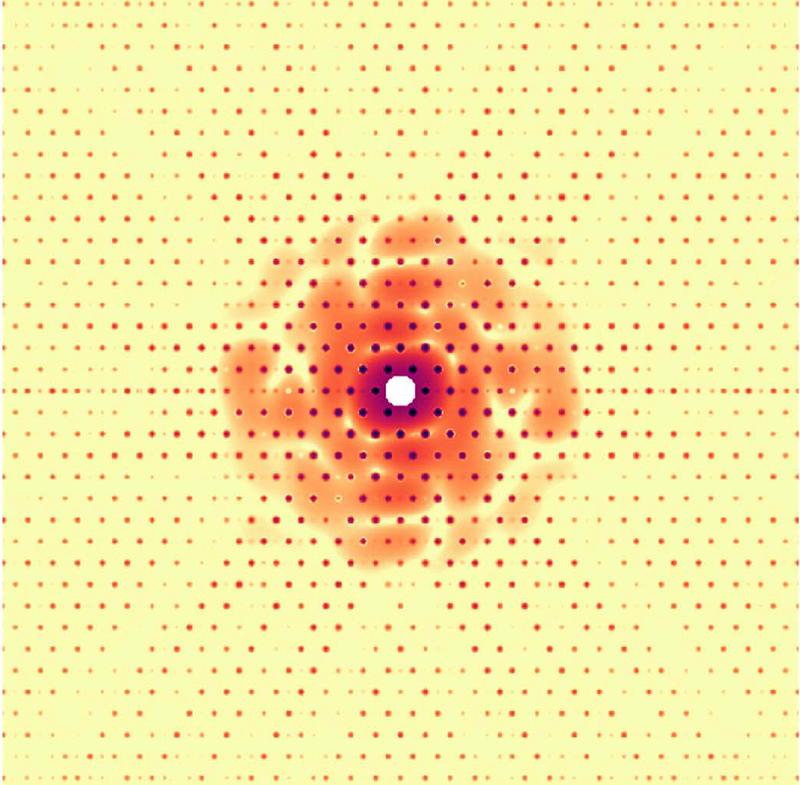