Rising water temperatures could endanger the mating of many fish species
Advanced Search ?

Rising water temperatures could endanger the mating of many fish species

Because fish that are ready to mate and their young are especially sensitive to changes in temperature, in the future up to 60 percent of all species may be forced to leave their traditional spawning areas

In a new meta-study, experts from the Alfred Wegener Institute, Helmholtz Centre for Polar and Marine Research (AWI) have published ground-breaking findings on the effects of climate change for fish stock around the globe. As they report, the risks for fish are much higher than previously assumed, especially given the fact that in certain developmental stages they are especially sensitive to rising water temperatures. One critical bottleneck in the lifecycle of fish is their low tolerance for heat during mating. In other words, the water temperature in their spawning areas determines to a great extent how successfully they reproduce, making fish particularly vulnerable to the impacts of climate change – not only in the ocean, but also in lakes, ponds and rivers. According to the researchers’ analyses, if left unchecked, climate change and rising water temperatures will negatively affect the reproduction of up to 60 percent of all fish species. Their study was released today in the latest issue of the journal Science.

Organisms have to breathe in order for their bodies to produce energy; this is equally true for human beings and for fish. In addition, we know that the energy needs of humans and animals alike depend on the temperature: when it’s warmer, the need for energy rises exponentially, and with it, the need for oxygen. On this basis, it follows that organisms can only adapt to rising temperatures in their immediate vicinity by providing their bodies with more oxygen. But there are certain species-specific limits on this ability; if those limits are exceeded, it can lead to cardiovascular collapse.

Armed with this knowledge, in a new meta-study, experts from the Alfred Wegener Institute, Helmholtz Centre for Polar and Marine Research (AWI) have investigated in which life phases saltwater and freshwater fish around the world are most sensitive to heat. To do so, the biologists compiled scientific data on the temperature tolerance of 694 fish species and analysed the temperature ranges within which fish can survive as adults ready to mate, as embryos in eggs, as larvae, and as adults outside the mating season.

Most sensitive during the mating season

“Our findings show that, both as embryos in eggs and as adults ready to mate, fish are far more sensitive to heat than in their larval stage or sexually mature adults outside the mating season,” says first author and AWI marine biologist Dr Flemming Dahlke. “On the global average, for example, adults outside the mating season can survive in water that’s up to 10 degrees Celsius warmer than adults ready to mate or fish eggs can.”

The reason for this variable temperature tolerance lies in the anatomy of fish: fish embryos have no gills that would allow them to take in more oxygen. In contrast, fish that are ready to mate produce egg and sperm cells; this additional body mass also needs to be supplied with oxygen, which is why, even at lower temperatures, their cardiovascular systems are under enormous strain.

Every degree of warming increases the pressure on fish stocks

These findings apply to all fish species, and make it clear why fish are sensitive to heat, especially during the mating season and in their embryonic stage. Accordingly, in a second step the team of researchers analysed to what extent water temperatures in the spawning areas of the species investigated would likely rise due to climate change. For this purpose, they employed new climate scenarios (Shared Socioeconomic Pathways – SSPs), which will also be used in the IPCC’s next Assessment Report.

Their conclusions confirm that every degree Celsius of warming spells more trouble for the world’s fish stocks. “If we human beings can successfully limit climate warming to 1.5 degrees Celsius by the year 2100, only ten percent of the fish species we investigated will be forced to leave their traditional spawning areas due to rising temperatures,” explains AWI biologist and co-author Prof Hans-Otto Pörtner. In contrast, if greenhouse-gas emissions remain at a high or very high level (SSP 5 – 8.5), it’s likely to produce average warming of 5 degrees Celsius or more, which would endanger up to 60 percent of all fish species.

Those species affected would then be forced to either adapt through biological evolution – a process that would most likely take far too long – or to mate at another time of year or in some other place. “Some species might successfully manage this change,” says Flemming Dahlke. “But if you consider the fact that fish have adapted their mating patterns to specific habitats over extremely long timeframes, and have tailored their mating cycles to specific ocean currents and available food sources, it has to be assumed that being forced to abandon their normal spawning areas will mean major problems for them.” In addition, fish living in rivers and lakes have the problem that their habitat is limited by the size and geographic location of the waters they live in: migrating to deeper waters or to cooler regions is nearly impossible.

“Our detailed analyses, which cover all of the fishes’ developmental stages, will help us to understand how these species are being affected by climate change, and to what extent the loss of suitable habitats is being driven by the climate-related transformation of ecosystems,” says Hans-Otto Pörtner.

Wherever fish migrate or their reproduction rates decline, there will be new interactions between species, and in some cases the ecosystems will experience a drop in productivity. The IPCC published corresponding projections on the future of worldwide fish stocks in its Special Report on the Ocean and Cryosphere in a Changing Climate. According to Pörtner: “Our new detailed assessments will help to improve those projections.”

The new study was conducted in connection with the research projects METAFISH (BMBF-financed) and TERSANE (DFG-financed). In both projects, researchers are investigating how various climate change scenarios would affect fish and other marine organisms, what the effects have been during evolutionary crises throughout our planet’s history, and what the benefits of limiting global warming to 1.5 degrees Celsius would be.

The study will be released in the journal Science under the following title:

You can find printable photographs in the online version of this press release when the embargo is lifted: https://www.awi.de/en/about-us/service/press.html

Your contact partners at the Alfred Wegener Institute are:

• Dr Flemming Dahlke (e-mail: flemming.dahlke(at)gmx.de); the marine biologist is available for interviews in English and German. 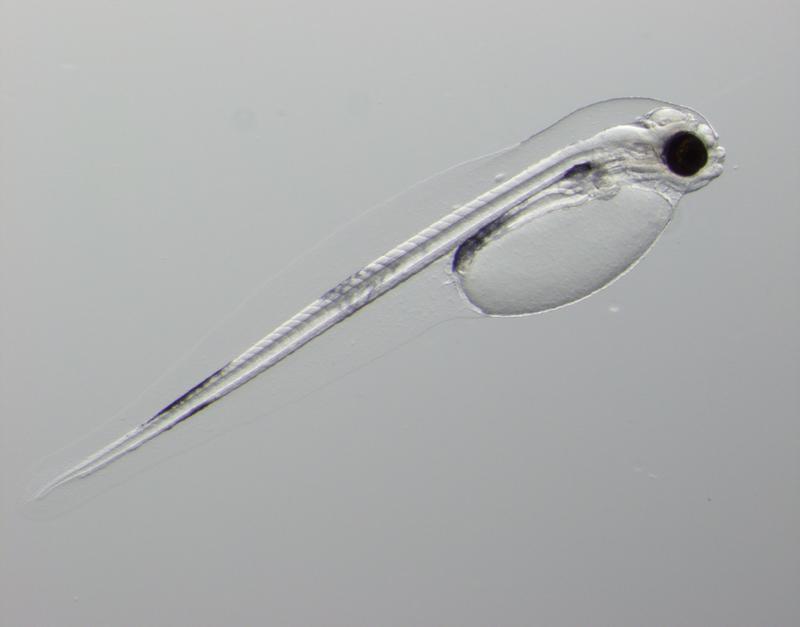