Jena. The bacterium Pseudomonas tolaasii triggers brown spot disease in cultivated mushrooms and thus causes considerable harvest losses. The active compound Tolaasin, which is produced by the pathogen, damages the cell membrane of the fungus and the cells die. But with some support the fungus can resist: Bacteria of the genus Mycetocola inactivate both the toxic Tolaasin as well as another active compound that makes the pathogen mobile and enables its spread. A team of researchers from Jena took a closer look at the molecular mechanism of the microbial triangle. The protective principle discovered in the process could serve as a model for applications in agriculture or medicine.

Mushrooms are an important food source and their worldwide production is a market worth billions. However, the temperature and humidity typical of fungal cultivation also offer optimal conditions for numerous pathogens and therefore infections can lead to drastic crop losses. A well-known pathogen is Pseudomonas tolaasii. The bacterium produces a group of ring-shaped lipopeptides called Tolaasins. These toxins can form pores in the membrane of fungal and also plant cells, which damage the cell and cause it to die. In addition, the bacteria are able to swarm out on surfaces such as the mushroom hat and thus spread rapidly. The mobility of the pathogen is supported by surface-active pseudodesmines, a family of molecules belonging to the lipodepsipeptides.

However, helper bacteria of the genus Mycetocola associated with the fungi ensure that the mushrooms are not defenceless against attacks by Pseudomonas tolaasii. So far, however, it has not been known how this works. "We have discovered a new molecular mechanism that is effective against the harmful activity of the toxin Tolaasin," says Christian Hertweck, Deputy Director of the Leibniz Institute for Natural Product Research and Infection Biology - Hans Knöll Institute.

The team identified enzymes of the helper bacteria Mycetocola tolaasinivorans and M. lacteus which cleave the ring structure of the Tolaasins and thus render them ineffective. In addition, the helper bacteria impede the further colonisation of the mushrooms with the pathogen by also inactivating the pseudodesmines responsible for the spread of the pathogen. "The observation that helper bacteria stop pathogens that attack their host and render them harmless is unprecedented. The protective partners thus block both the ability of Tolaasin to cause the pathological changes in the mushroom and impair the mobility of the pathogen itself," said Hertweck, who holds a chair at the Friedrich Schiller University Jena.

With these scientific findings, Hertweck and his team contribute significantly to understanding the chemical basis of microbial interactions, such as those being investigated in the DFG Collaborative Research Centre ChemBioSys and the Jena Cluster of Excellence Balance of the Microverse. "In this way, we are promoting gentle pest control in food production. Instead of antibiotics, the helper bacteria or their enzymes could be used specifically to protect the mushroom cultures from brown spot disease. Another vision for the future would be the design of helper bacteria for use in medicine," said Hertweck.

A broad range of modern chemical and bioinformatic analytical methods, including metabolic profiling and imaging mass spectrometry, was used for the investigations. The results of the study were published in the journal Proceedings of the National Academy of Sciences. 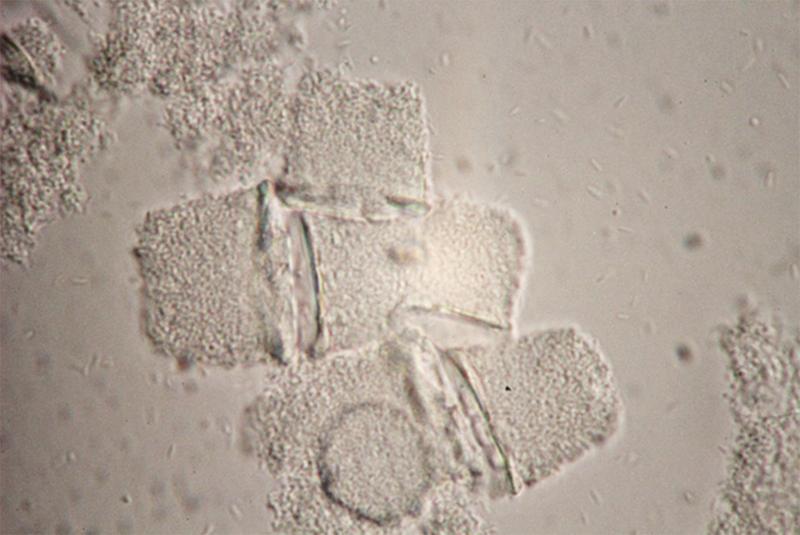