The Balzan Prize is regarded as one of the most prestigious international awards. This year, Susan Trumbore, Earth System scientist from Jena is among the 4 prize winners. The Director at the Max Planck Institute for Biogeochemistry in Jena, Germany, Professor at University of California, Irvine, USA and honorary professor at Friedrich Schiller University Jena, Germany, is being awarded the Prize in the field of Earth System Dynamics.

Susan Trumbore is to receive the distinction for her outstanding contributions to the study of the carbon cycle and its effects on climate, and for pioneering the use of radiocarbon (¹⁴C) measurements in Earth system research. As a biogeochemist, she has used radiocarbon as a global tracer of carbon to follow its flows from the atmosphere through plants and soils. These continuous exchanges of carbon make up an important yet poorly understood part of the global carbon cycle.

Trumbore has developed insights into the turnover times of carbon in various terrestrial systems, particularly soils and forests. In particular she measures the transit of excess ¹⁴C produced by atmospheric nuclear weapons testing in the late 1950s and early 1960s to study the timescales of carbon exchange between atmosphere, plant and soils. She has been a pioneer in the application of accelerator mass spectrometry techniques that revolutionized the measurement of radiocarbon to problems of the carbon cycle and climate change. Her successful studies combine quantitative models to provide fundamental information about how organisms and ecosystems work. For example, Trumbore and her collaborators demonstrated the great age and slow growth rates of certain tropical tree species, and they discovered that trees use carbon stored up to a decade to survive during periods of low carbon supply. Her research has been used to demonstrate that current global carbon models are overestimating the rate that carbon can be stored in soils, and radiocarbon has now been added as a constraint for model testing.

Trumbore has conducted research in a range of ecosystems but has a special interest in Amazon tropical forests. She currently is the German co-lead scientist for the Amazon Tall Tower Observatory (ATTO), a joint Brazilian-German collaboration to study the interactions between intact central Amazon forests and the atmosphere, including the impact of climate change and extremes on tropical forests. She also collaborates on a study in the southern Amazon ‘arc of deforestation’ to study the impact of expanding agriculture in deforested areas on the regional climate.

As an integral part of her research activities, Trumbore has always been committed to promoting junior scientists. In addition to her own PhD students and postdocs, she has actively been involved in training junior researchers as a member of committees at several Brazilian academic institutions. She co-founded and developed a summer school on Radiocarbon in Ecology and Earth System science to expand the use of radiocarbon in carbon cycle studies, and has helped a number of students obtain radiocarbon data to support their studies. She co-founded the International Max Planck Research School for Global Biogeochemical Cycles, a PhD program specializing in global biogeochemistry and related Earth System sciences.

The Balzan Prize is awarded annually in alternating fields, in the humanities and in the natural sciences. In addition to Susan Trumbore, Jean-Marie Tarascon from the Collège de France, Paris, will be honoured for his contribution to basic and applied research in the field of electrochemical energy storage, Joan Martinez Alier from Institut de Ciència i Tecnologia Ambientals (ICTA) of the Universitat Autònoma de Barcelona for his contribution to the foundation of ecological economics, and Antônio Augusto Cançado Trindade from International Court of Justice in The Hague for his contributions to the definition and creation of a global juridical order. Half of the 750,000 Swiss francs in prize money will flow into research projects with young scientists. The three winners will be presented with the award in Rome on November 19.

Susan Trumbore has received a number of awards and honors over the course of her career, including the 2018 Benjamin Franklin Medal in Earth and Environmental Science and the 2019 British Ecological Society’s Marsh Award for Climate Change Research. She is a member of the US National Academy of Sciences and the German Leopoldina.

After completing her doctorate in Geochemistry at Columbia University, USA, she worked at accelerator mass spectrometry laboratories for developing radiocarbon techniques at ETH Zurich and the Lawrence Livermore National Laboratory, Livermore, CA. In 1991 she was hired as one of the first members of a new Department of Earth System Science at the University of California, Irvine. Since 2009, Susan Trumbore has been Director at the Max Planck Institute for Biogeochemistry in Jena. 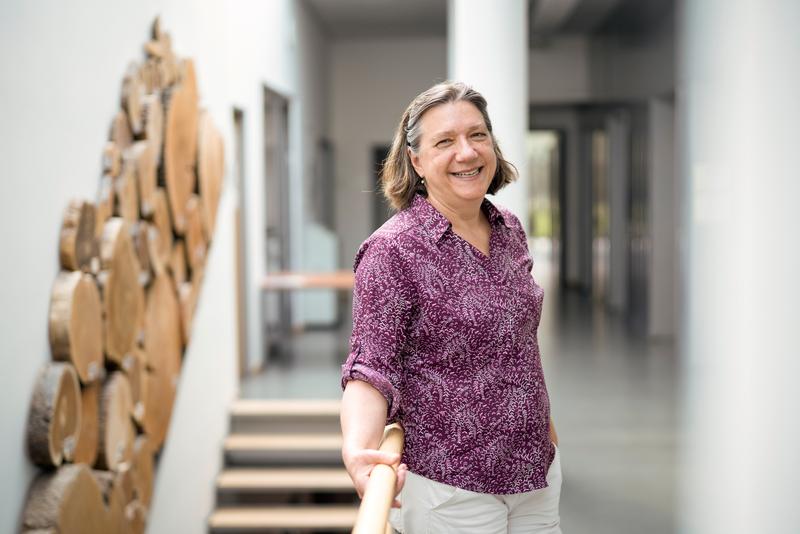