In German-speaking countries, teenagers are allowed to drink alcohol from the age of 16. In a comprehensive data analysis, taking Austria as an example, a team of economists from Passau and Linz have investigated the impact of this low minimum legal drinking age on teenage binge drinking.

Rather than helping teenagers to ease into drinking, a low minimum legal drinking age particularly harms teenagers from socially disadvantaged families. This is the conclusion reached by a team of economists from the University of Passau and the Johannes Kepler University Linz in the study "Minimum Legal Drinking Age and the Social Gradient in Binge Drinking," which recently appeared as a working paper at the Johannes Kepler University (JKU) in Linz.

Taking Austria as an example, the researchers have conducted a comprehensive data analysis which investigates the impact of this statutory provision. To that end, they combined rich survey data with hospitalisation records from the Upper Austrian Health Insurance Fund (OÖGK), covering 91,208 teenagers aged 13 to 21. Additionally, they utilised data from a field study, in which under-age test buyers attempted to purchase a bottle of vodka.

The analyses show that there is a rapid increase in both the frequency and intensity of teenagers’ alcohol consumption. Consequently, the likelihood of being hospitalised due to alcohol poisoning significantly increases once the teenagers turn 16. Interestingly, however, these effects can hardly be explained by easier access to alcohol. Instead, the study finds that teenagers suddenly perceive binge drinking as less harmful once alcohol becomes legal at the age of 16. "It's obviously a case of: if the legislators allow it, it can't be such a big issue", says Stefan Bauernschuster, Professor of Public Economics at the University of Passau, summing up.

An overview of the main insights

The research team’s estimates show what happens as soon as the teenagers reach the age of 16:

• The amount of alcohol consumed by teenagers in the past week increases dramatically from 55 grammes a week to 105 grammes. That corresponds to approximately three additional pints of beer on average.
• The probability of having drunk five alcoholic beverages or more on at least one occasion in the past month increases by 10 percentage points.
• The probability of being taken to hospital with alcohol poisoning increases by 42 per cent.

"Particularly boys and low socioeconomic background teenagers react to gaining legal access to alcohol by increasing the frequency and intensity of alcohol consumption", says the Passau doctoral researcher Hannah Lachenmaier, who had the idea for this study. In her master’s thesis on alcohol consumption and crime, supervised by Professor Bauernschuster, she noticed that there had been only few studies from Europe on this policy relevant topic, even though Europe leads the world in alcohol consumption, and minimum legal drinking ages are considerably lower than in the USA, where most studies come from.

Considering teenagers who had been exposed to parental alcohol abuse, the researchers found no changes in drinking behaviour at the minimum legal drinking age. That does not mean, however, that these teenagers do not consume any alcohol. Rather, the opposite is the case: alcohol consumption was already high in this group before they reached the minimum legal drinking age. The researchers interpret this finding as evidence that high-risk teenagers imitate their parents’ behaviour.

In order to protect socially disadvantaged teenagers, the researchers suggest that a step-by-step increase of the minimum legal drinking age may be helpful. They also recommend to consider alternative measures that particularly target teenagers from a low socioeconomic background. For teenagers from families with a history of alcohol abuse, these alternative measures might even be the preferred option since raising the minimum legal drinking age will not help for this high-risk group, as the researchers showed.

Professor Stefan Bauernschuster holds the Chair of Public Economics at the University of Passau. He is a research professor at the Ifo Institute in Munich, Research Fellow of the CESifo Network, Research Fellow of the IZA Network and a member of the standing committee for social policy at the German Economic Association. In his research, he uses microeconomic methods to answer policy relevant questions in the fields of labour, population, and health economics.

Hannah Lachenmaier studied International Economics and Business and is doing her doctorate at the University of Passau at the chair of Professor Bauernschuster. The study is the first part of her cumulative dissertation.

Professor Martin Halla is head of the Institute of Economic Policy at the Johannes Kepler University Linz. He is a Research Fellow of the IZA Network and scientific advisor to the Austrian National Public Health Institute.

Professor Alexander Ahammer is Assistant Professor (tenure track) for Applied Econometrics and Big Data at the Department of Economics at the Johannes Kepler University Linz. 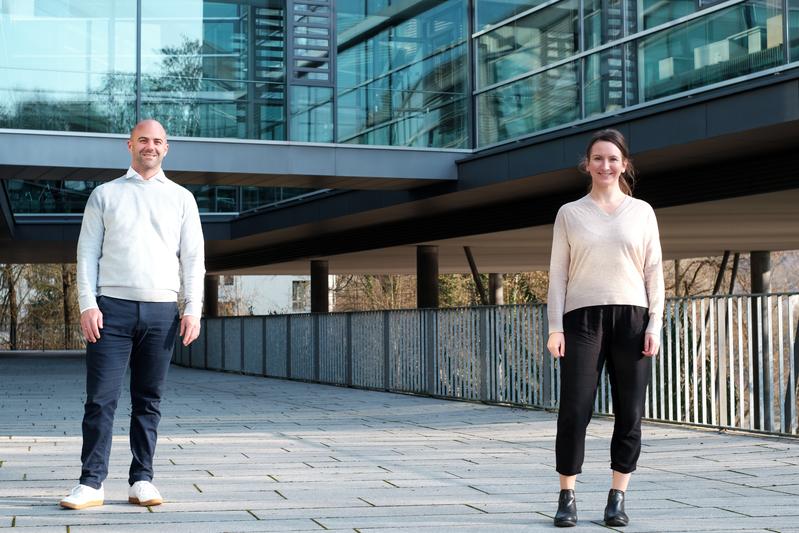