Four research institutes have investigated on behalf of the Research Association for Internal Combustion Engines (FVV) how close we can come to the ultimate system efficiency of combustion engines in hybrid powertrains. Their conclusion: if available prime mover SI engine technologies are optimally matched to each other, more than 40 percent of the energy bound in the fuel can be used in real road transport. Synthetic fuels (e-fuels) can lead to even higher efficiency and reduced emissions due to their better combustion properties.

Car manufacturers must improve the energy efficiency of petrol engine-driven vehicles significantly in order to meet the fleet-wide average CO2 emission targets in 2030. In the "ICE2025+" research project initiated by the FVV, scientists in Aachen, Braunschweig, Darmstadt and Stuttgart jointly investigated the extent to which the efficiency of petrol engines can be increased with the help of various technology combinations. Common to all the powertrains studied was that the combustion engine was extented by an electric drive, especially in urban transport. "However, we designed all tests and simulations in such a way that at the end of the journey there was still just as much current in the battery as at the beginning," explains Prof. Dr.-Ing. Christian Beidl, head of the Institute for Internal Combustion Engines and Powertrain Systems at the Technical University of Darmstadt. "This makes it possible to observe exactly how the efficiency changes as a result of various measures taken on the engine".

In the project, which lasted around two and a half years, the scientists involved initially defined together which technical changes to the engine could lead to a significant increase in efficiency. They had set themselves two boundary conditions: The first was that the technologies should be mature and that it was realistic to introduce series production before 2030. And secondly, the aim was not to examine stand-alone technologies, but rather a combination of them. Prof. Dr.-Ing. Peter Eilts, head of the Institute for Internal Combustion Engines at the Technical University of Braunschweig, explains the background to this: "A mere addition of individual measures is not possible, since interactions between technologies are not taken into account. "Finally, combinations of variable compression and flexible valve control times, exhaust gas recirculation, control of the charge movement, pre-chamber ignition, water injection and also long-stroke engine design were investigated. The effects on fuel consumption were first validated by computations, then by various engine tests. Further potentials were subsequently extrapolated by means of calculation. The researchers then used the test and computational results to determine the fuel consumption in various hybrid vehicles - not only in the test cycle relevant for the official consumption data, but also in real world operation. For this purpose, a driving profile was chosen that meets the requirements of so-called RDE tests ("Real Driving Emissions"). "We have succeeded in combining the technologies in such a way that the consumption under RDE conditions is lower than the values determined by the worldwide harmonized light-duty vehicles test procedure (WLTP)," says Prof. Dr.-Ing. Stefan Pischinger, head of the Institute for Internal Combustion Engines at RWTH Aachen University.

In a hybridised mid-range vehicle, the efficiency engine developed within the research project already uses 42 percent of the energy bound in the fuel. Further investigations showed that the overall efficiency can be increased to 46 percent by using new fuels, such as methanol produced from renewable resources. At the end of the project, the researchers investigated the potential of lean engine operation - i.e. with a high excess of air. The results showed that engine efficiency can be increased by two to three percentage points over a wide range of engine characteristics. "This means that an efficiency of 50 percent is within reach," says Prof. Dr.-Ing. Michael Bargende, holder of the Chair of Automotive Powertrains at the Institute of Automotive Engineering of the University of Stuttgart.

The results of the research project are particularly relevant to the discussion on the benefits of synthetic fuels (e-fuels), emphasises Professor Bargende: "Many analyses assume a maximum efficiency of the combustion engine of 25 percent. Research now shows that, with a suitable design of engine, transmission and hybrid components, more than 40 percent can be achieved in real driving operation. When powered by synthetic fuels, hybrid powertrains are thus not only carbon-neutral, but hardly differ in their overall efficiency from alternative powertrain systems if the synthetic fuels are produced at locations with significantly more hours of sunshine or wind loads than would otherwise be possible in Germany."

The head of the FVV planning group on spark-ignition engines, Dr. André Casal Kulzer from Porsche, was full of praise for the cooperation between the RTD performers: "The overall efficiency of future powertrains can only be significantly increased if all subsystems are optimally matched to each other. To achieve this, we need the cooperation of different research institutes that contribute their specific know-how.“

Meanwhile, the FVV is already planning a follow-up project. The "ICE2030" project focuses on the use of hydrogen to increase energy efficiency. Other high-efficiency technologies such as extremely lean combustion will also be investigated.

<
The results from vehicle and engine simulation as well as the influence of carbon-neutral fuels on e ...
Peter Winandy
vka / RWTH Aachen

<
In methanol operation, the new ultimate efficiency engine achieves an efficiency of at least 40% ove ...

The results from vehicle and engine simulation as well as the influence of carbon-neutral fuels on engine behaviour are tested on a single-cylinder research engine. 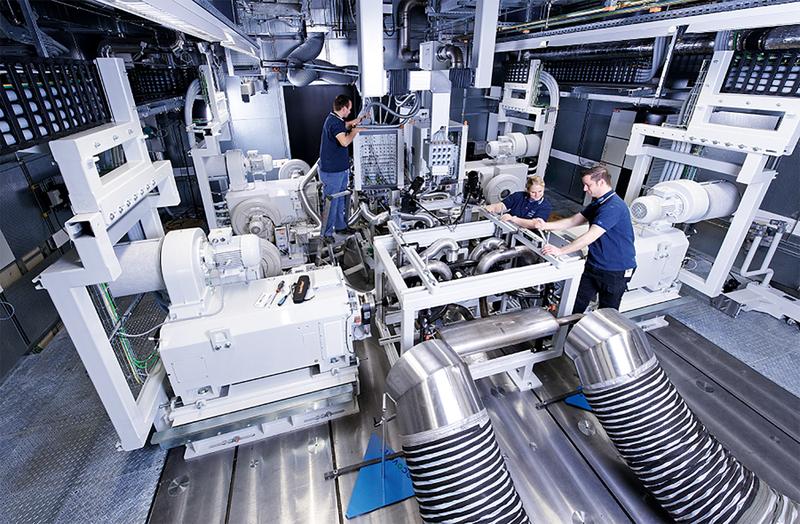 In methanol operation, the new ultimate efficiency engine achieves an efficiency of at least 40% over almost the entire engine characteristic map. 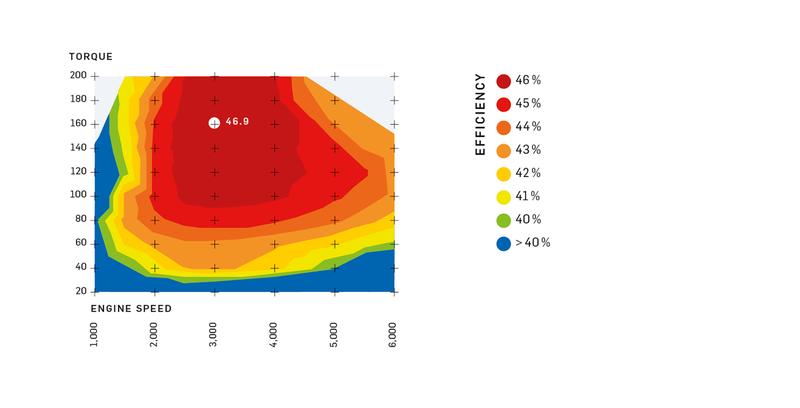