On November 25-26, 2020, the TARANTO project, financed by the EU Commission and the Federal Ministry of Education and Research, was awarded the Best Technology Pioneer as part of the European Forum for Electronic Components and Systems (EFECS) for the extraordinary technological progress of its 32 project partners Award awarded.
The project consortium includes leading industrial companies, universities and research centers such as the Leibniz-Institute for High Performance Microelectronics (IHP), whose value chain ranges from the development of BICMOS semiconductor technologies to the design of integrated circuits and the development of system demonstrators.
The main goal of the project is the development of silicon-germanium heterobipolar transistors (HBT) with maximum oscillation frequencies of 600 GHz integrated into industrial CMOS platforms with structure levels of 90 nm at Infineon and 55 nm at STMicroelectronics and with even higher cut-off frequencies of 700 GHz in the pilot line of the IHP.

While the IHP was able to demonstrate transistors with cut-off frequencies of 700 GHz, Infineon has so far achieved around 500 GHz, which is the current state of the art for pilot line and industrial BICMOS technologies worldwide. STMicroelectronics has simulated cutoff frequencies of 580 GHz for its new BiCMOS technology. Based on a successful long-term cooperation between the project partners, an innovative transistor concept is used in the BiCMOS technology developed by Infineon, which was developed by the IHP in an earlier joint funding project.

So far, the BICMOS technologies have been used in the TARANTO project to achieve outstanding results for optical and wireless 5G telecommunication systems as well as for innovative radar system concepts. Efficient transeiver and repeater systems with beam shaping for the future 5G and 6G communication infrastructure were demonstrated. In this way, TARANTO enables the complete telecommunication connection from the cloud to the users in order to meet the demands of more efficient energy use and faster telecommunication, which are necessary for the data volumes to be transferred and the ubiquitous use of intelligent sensors in industry, cities and automated vehicles .

"With the impressive successes that have been achieved in the project so far, Europe has been able to consolidate its strong position in BICMOS technologies." Holger Rücker team and TARANTO project manager at Leibniz-IHP.

Based on the results of TARANTO, the IHP is developing a new generation of its 130nm BiCMOS technology, which can be used by users from research and industry via the IHP's manufacturing service. This technology will enable the highest working frequencies for integrated silicon circuits, which cannot be realized with previous industrial processes, and new fields of application, e.g. in the field of terahertz radiation.

<
Processing of a wafer at the IHP

Processing of a wafer at the IHP 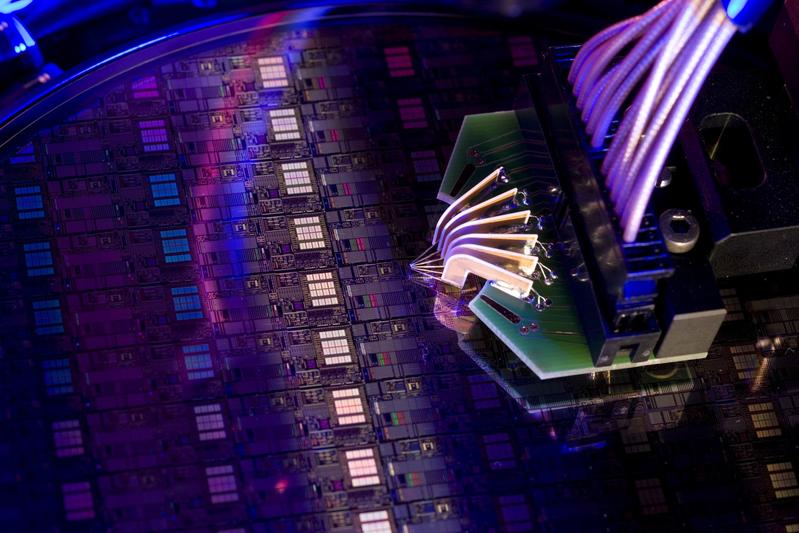