Supersolids are fluid and solid at the same time. Physicists from Innsbruck and Geneva have for the first time investigated what happens when such a state is brought out of balance. They discovered a soft form of a solid of high interest for science. As the researchers led by Francesca Ferlaino and Thierry Giamarchi report in Nature Physics, they were also able to reverse the process and restore supersolidity.

Last year, more than fifty years after initial theoretical proposals, researchers in Pisa, Stuttgart and Innsbruck independently succeeded for the first time in creating so-called supersolids using ultracold quantum gases of highly magnetic lanthanide atoms. This state of matter is, in a sense, solid and liquid at the same time. "Due to quantum effects, a very cold gas of atoms can spontaneously develop both a crystalline order of a solid crystal and particle flow like a superfluid quantum liquid, i.e. a fluid able to flow without any friction" explains Francesca Ferlaino from the Institute for Quantum Optics and Quantum Information of the Austrian Academy of Sciences and the Department of Experimental Physics at the University of Innsbruck. “Much simplified, a dipolar supersolid can be imagined as a chain of quantum droplets which communicate with each other via a superfluid background bath,” says Thierry Giamarchi, theoretical physicist from the University of Geneva.

In Nature Physics, the researchers now report how such a supersolid state reacts if the superfluid bath between the droplets is drained by control of the external magnetic field. “We were able to show that without the bath the droplets quickly lose knowledge about each other and start to behave like small independent quantum systems – they dephase. The supersolid turns into a normal solid,” says Maximilian Sohmen from Francecsa Ferlaino's team. “This 'solid', however, is still soft, it can wobble and support many collective excitations, called phonons”, adds Philipp Ilzhöfer from the Innsbruck team. “This makes this state a very interesting but complex subject of study with strong connections to solid-state physics and other fields.”
Maybe surprisingly, the Innsbruck physicists were also able to reverse this dephasing process: When they replenished the background bath, the droplets renewed their communication by particle tunneling and re-established supersolidity.

The research was financially supported by the Austrian Science Fund FWF, the Federal Ministry of Education, Science and Research, the Swiss National Science Foundation and the European Union. 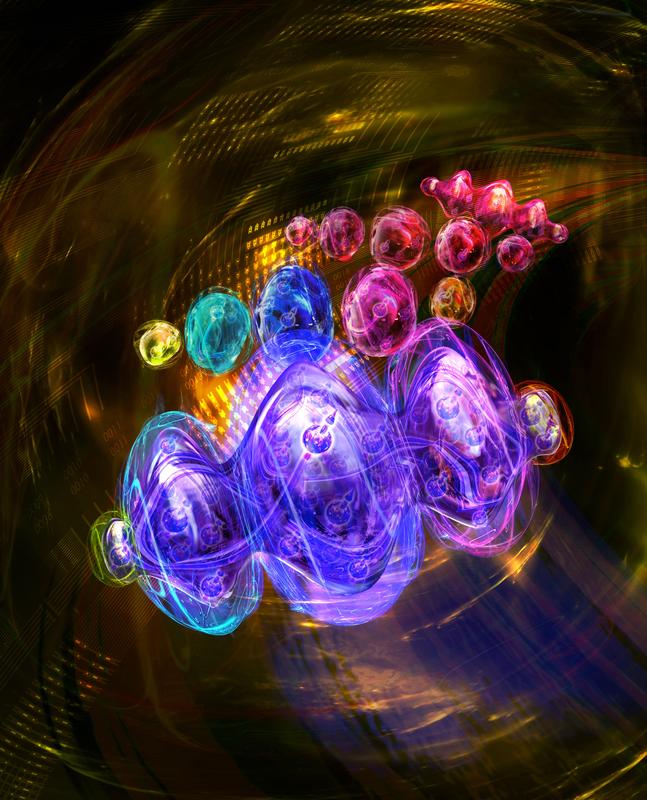