Life above ground depends on the soil and its countless inhabitants. Yet, global strategies to protect biodiversity have so far paid little attention to this habitat. In the journal Science, an international team of researchers led by the German Centre for Integrative Biodiversity Research (iDiv), the Martin Luther University Halle-Wittenberg (MLU), Leipzig University (UL) and Colorado State University calls for greater consideration of soils in international biodiversity strategies. Their relevance far beyond agriculture must be recognised. In order to make the status and performance of soils more visible, the researchers explain their plan for systematic recording.

If you asked people which group of animals is the most abundant on earth, hardly anyone would know the right answer. Ants? Fish? No, and not humans either. The answer is nematodes, also known as roundworms. Four out of five animals on earth belong to this group, and the reason hardly anyone is aware of the fact is that they live underground, invisible to us. Together with thousands of other soil organisms, they quietly, discreetly and constantly perform enormously important services for the world above them.

The soil is one of the most species-rich habitats in existence. Living under one square meter of healthy soil you can find up to 1.5 kilograms of organisms: among others, roundworms, earthworms, springtails, mites and insect larvae. There is also a multitude of microorganisms including bacteria, protists and fungi. They eat and transform living and dead animal and plant material into nutrients which become the basis for growth and new life. Without soil organisms, no plants would be able to grow and no humans could live.

It is therefore all the more astonishing that soils have so far hardly featured in international strategies for protecting biodiversity. The authors of the new article in Science see this as a big problem: “If we do not protect soils for the next generations, aboveground biodiversity and food production cannot be guaranteed either.” Their appeal goes out to the 196 nations who are currently negotiating a new strategy to protect biodiversity within the framework of the UN Convention on Biological Diversity (CBD).

Healthy soils are becoming increasingly rare. They suffer the burden of intensive cultivation with heavy machinery, fertilisers and pesticides, are compacted, built over or are lost due to wind and water erosion. Global warming is putting them under additional pressure. According to the German Heinrich Böll Foundation, around 24 billion tons of fertile soil are lost worldwide every year. As a result, the soils’ wide variety of services such as water purification and protection against plant diseases gradually decline. In addition, soils are the most important carbon reservoir on earth and therefore help slow global climate warming.

According to the researchers, these services are given far too little attention in the political debate. “Up to now, soil conservation has been mostly reduced to the impacts related to soil erosion and its importance for agriculture,” said first author Dr Carlos Guerra (iDiv, MLU). “It's about time that soil conservation policies consider the protection of soil organisms and ecosystem functions more than just for food production and other productive systems. Soil biodiversity monitoring and conservation can support the achievement and tracking of many sustainability goals, targeting areas such as climate, food and biodiversity protection.”

“Protection measures have so far mainly focused on life above ground, for example in the designation of protected areas,” said senior author Dr Diana Wall from Colorado State University. However, since these do not necessarily benefit underground biodiversity, the specific needs of the biotic communities in the soil have to be taken into account.

In order to be able to decide which regions of the world are particularly in need of protection, and which protective measures are appropriate, sufficient information must be available on the status and trends of biodiversity in soils. Since this has not been the case so far, the researchers launched the Soil BON monitoring network. “We want to move biodiversity in soils into the focus of conservation efforts. To do this, we must provide policymakers with the necessary information to support decision-making,” said senior author Prof Nico Eisenhauer, research group leader at iDiv and Leipzig University. “Soil BON will produce and support the production of the relevant data to achieve this goal.”

Soil BON is designed to help collect comparable soil data across the board and over long time periods. Standardised rules are necessary worldwide to determine what should be recorded and how. The researchers propose a holistic approach for this based on the so-called Essential Biodiversity Variables (EBVs). EBVs are key priority variables for measuring biodiversity and its change. In the case of Soil BON, these include parameters such as soil respiration, soil enzyme activity, nutrient turnover and genetic diversity. Indicators are derived from the EBVs, which serve as a basis for decisions on the assessment and protection priorities of soils.

According to the researchers, their proposed monitoring and indicator system will enable the worldwide condition of soils and their capacity to function to be recorded efficiently and monitored long term. They emphasise that it also serves as an important early warning system; with its help, it will be possible to identify, at an early stage, whether existing nature conservation goals can be achieved with current measures.

This research was, among others, supported by the Deutsche Forschungsgemeinschaft (DFG; FZT-118).

Video of the authors explaining facts of the publication

<
Earthworms are the architects of the soil. They mix the soil layers, form a network of burrows essen ...
Valentin Gutekunst

<
Collembola, such as this Acanthanura sp., can be useful indicators of soil quality and also the focu ...
Andy Murray

Earthworms are the architects of the soil. They mix the soil layers, form a network of burrows essential for soil water, air and nutrient dynamics, and decompose dead material. 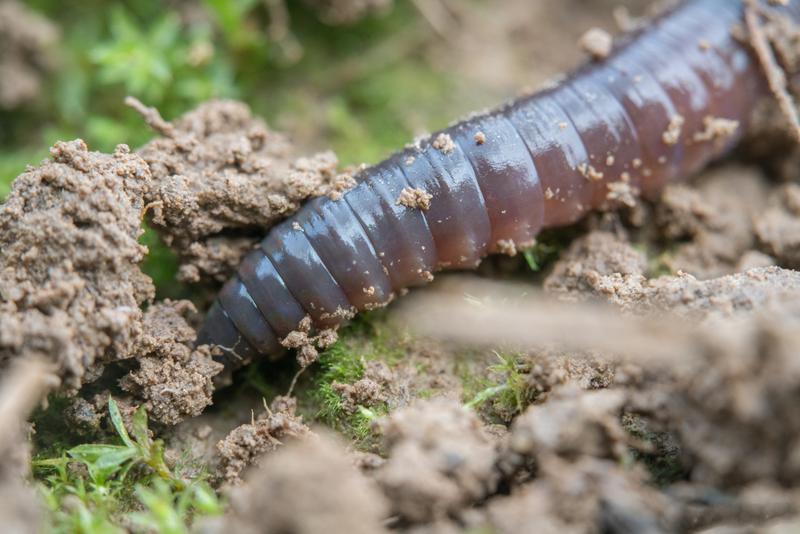 Collembola, such as this Acanthanura sp., can be useful indicators of soil quality and also the focus of nature conservation measures. 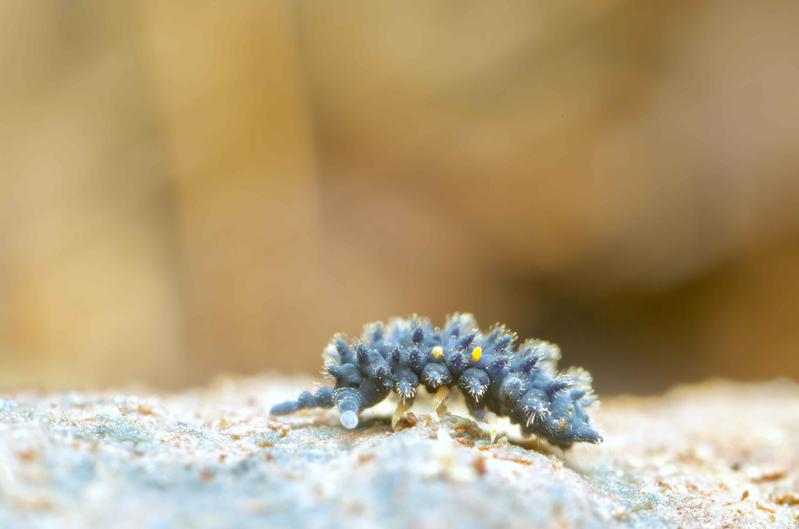